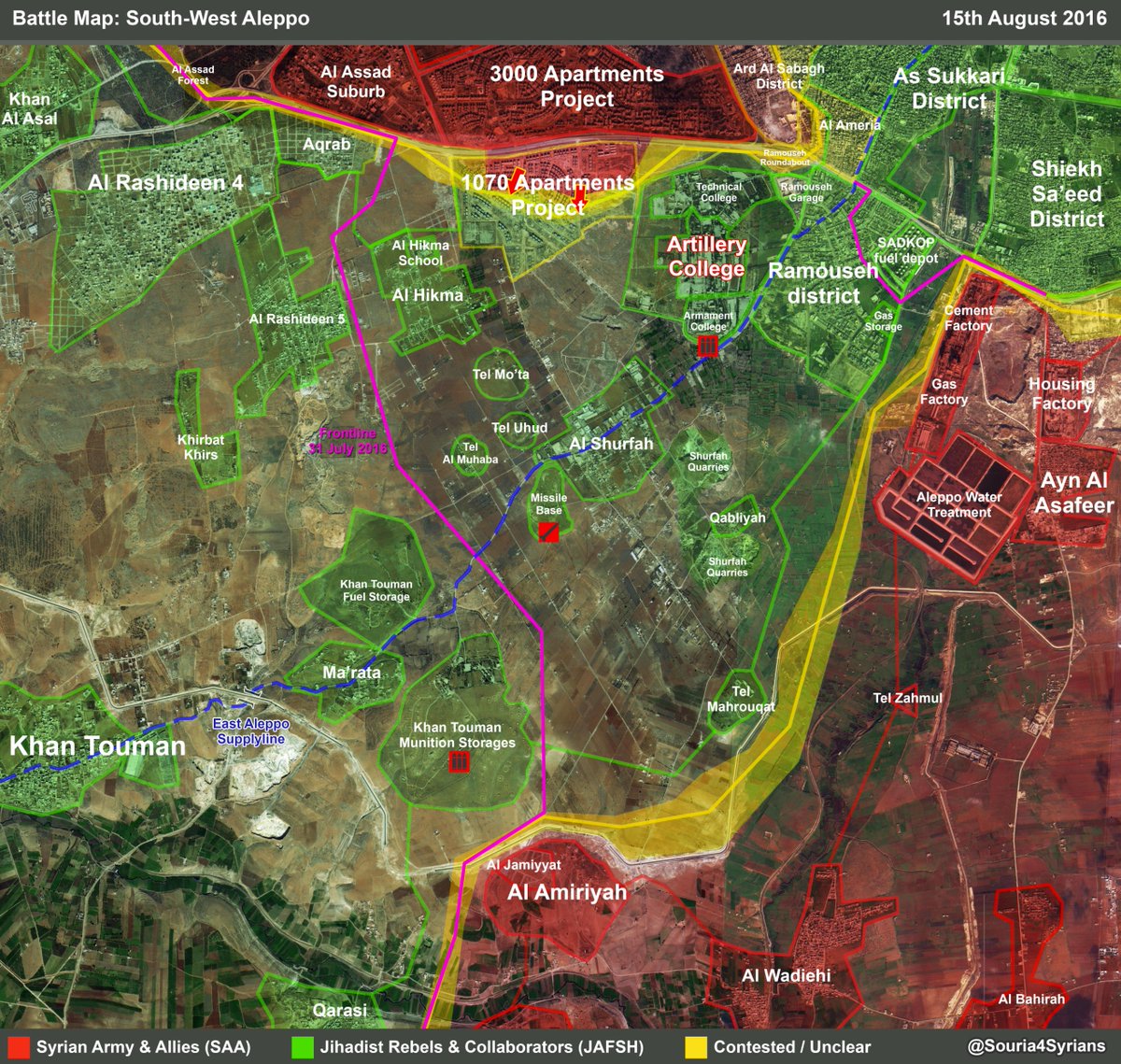 If the 1070 Apartment Project is fully liberated by the Syrian army and its allies, the Jaish al-Fatah shaky corridor to the militant-controlled areas of eastern Aleppo will become much more vulnerable for advances of the Syrian forces.

In a separate development, the Syrian army’s artillery and warplanes strikes have reportedly killed some 40 militants and destroyed 11 vehicles belonging to Jaish al-Fatah in the Hama-Idlib countryside.