The Syrian Army and the National Defense Forces managed to liberate several points in the eastern part of Hama province from terrorists of the Islamic State group. 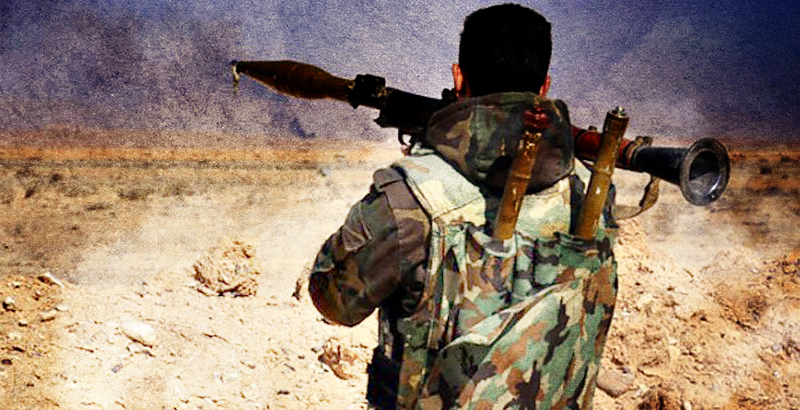 A new offensive was launched by the Syrian Army in the eastern parts of Hama province, the al-Masdar news website reported. As a result, Syrian troops and the National Defense Forces (NDF) from al-Salamiyeh managed to liberate several points, located in the province, from terrorists of the Islamic State (IS) group, killing and wounding a number of militants during the operation.

The Syrian Army recaptured al-Sawalem checkpoint and a number of points, located near Fikan village in al-Salamiyeh region. Currently, Syrian troops and their allies are advancing towards al-Aqirabat, located in the southeastern part of the province between eastern Hama and eastern Homs, and are going to cut off terrorists’ supply route, which connects Raqqa and eastern Homs.

The shelling of residential areas of al-Saqilbiyeh was started by Ahrar al-Sham and Jund al-Aqsa after the Syrian Army managed to repulse two offensives of terrorists on army’s positions in the area, located between Bridij and al-Moqayer in northern Hama, killing and wounding over 150 militants.

In addition, Syrian troops launched attacks on positions and movements of the terrorist groups in al-Banah town and Tal Othman region. As a result, tens of militants were killed and wounded.

At the same time, the Syrian Air Force performed several sorties over concentration centers of the terrorist groups in al-Janabareh village and in the area, located near the Othman hill. A number of terrorists lost their lives in the aerial raids.

This is the offensive that will break Daesh!

Yes indeed, Syrians are proud people and love their land. I am sorry for what you had to go through the past 6 years. No secular society deserves this much pain.