The Syrian Armed Forces have liberated more areas in the Eastern Ghouta region in Damascus countryside and pushed terrorists back from the region. 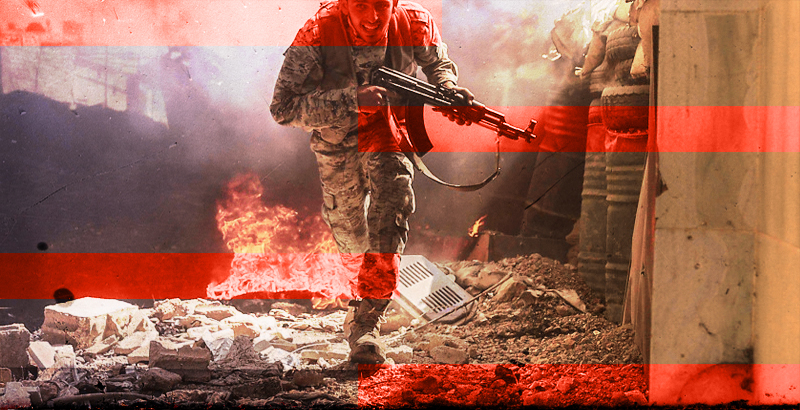 Control over more areas in the Eastern Ghouta region in Damascus countryside was established by the Syrian Army after driving terrorists back from the region.

According to a military source of the Fars news agency, Syrian soldiers established control over new parts of al-Rayhan farms, located in the northeastern parts of Douma city in the Eastern Ghouta region, after fierce clashes with terrorists. The source noted that the cause of the clashes was an attempt of terrorists to attack a number of military posts in the farms. As result, tens of terrorists were killed, many others were wounded and their weapons and equipment were destroyed.

Last week, offensives of the Faylaq al-Rahman in the Eastern Ghouta were repelled by the Syrian Army and the National Defense Forces (NDF), as well as the terrorists were pushed back from more positions and building blocks in a rapid counterattack.

A few hours after, an unsuccessful attack on government positions in Jobar in the eastern countryside of Damascus was launched by the terrorist group. Syrian troops, backed up by the NDF and the Palestine Liberation Army (PLA), started a joint counterattack against the Faylaq al-Rahman. As result, three important buildings near the Jobar Electrical Company were captured by the Army. In addition, a number of points around the Mail Depot and Tayba Mosque were also captured by the Syrian Armed Forces and its allies.

They’re taking forever now, hurry up at get Rayhan/Tal Kurdi!

The rebels are about to collapse. That’s why the U.S. was willing to set up another “cease-fire” hoping to smuggle munitions to the rebels. Now they want a “no-fly” zone for Russian and Syrian military aircraft (NOT for U.S. Coalition aircraft!) – as if the Russians and Syrians are stupid enough to go along with that.