The Syrian Army is developing its operation against terrorist groups in the southeastern part of Idlib province. Since the morning of February 4, government forces have liberated the villages of Balisah, Tal Aghar, Abandoned Air Defense base, Jadida Tal Khatra, Mushrifa, Mredikh and Tall Mredik.

Meanwhile, Turkish President Tayyip Erdogan claimed that Turkey will not allow the Syrian Army  to gain territory in the province of Idlib. Speaking on a flight back from Ukraine, Erdogan reported said that there was no need to be in “serious contradiction” with Russia over developments in Syria for now. He noted that Ankara and Moscow will sit down to talk about the issue “without anger”. He also said he may call Russian President Vladimir Putin on February 4.

“We do not intend to enter into serious conflict with Russia at this stage. We have strategic projects, such as TurkStream and the Akkuyu power plant and we will not abandon the S-400 air defense system…. We will discuss everything. I may call Putin on Tuesday”, Erdogan said, as quoted by the Sabah news outlet. 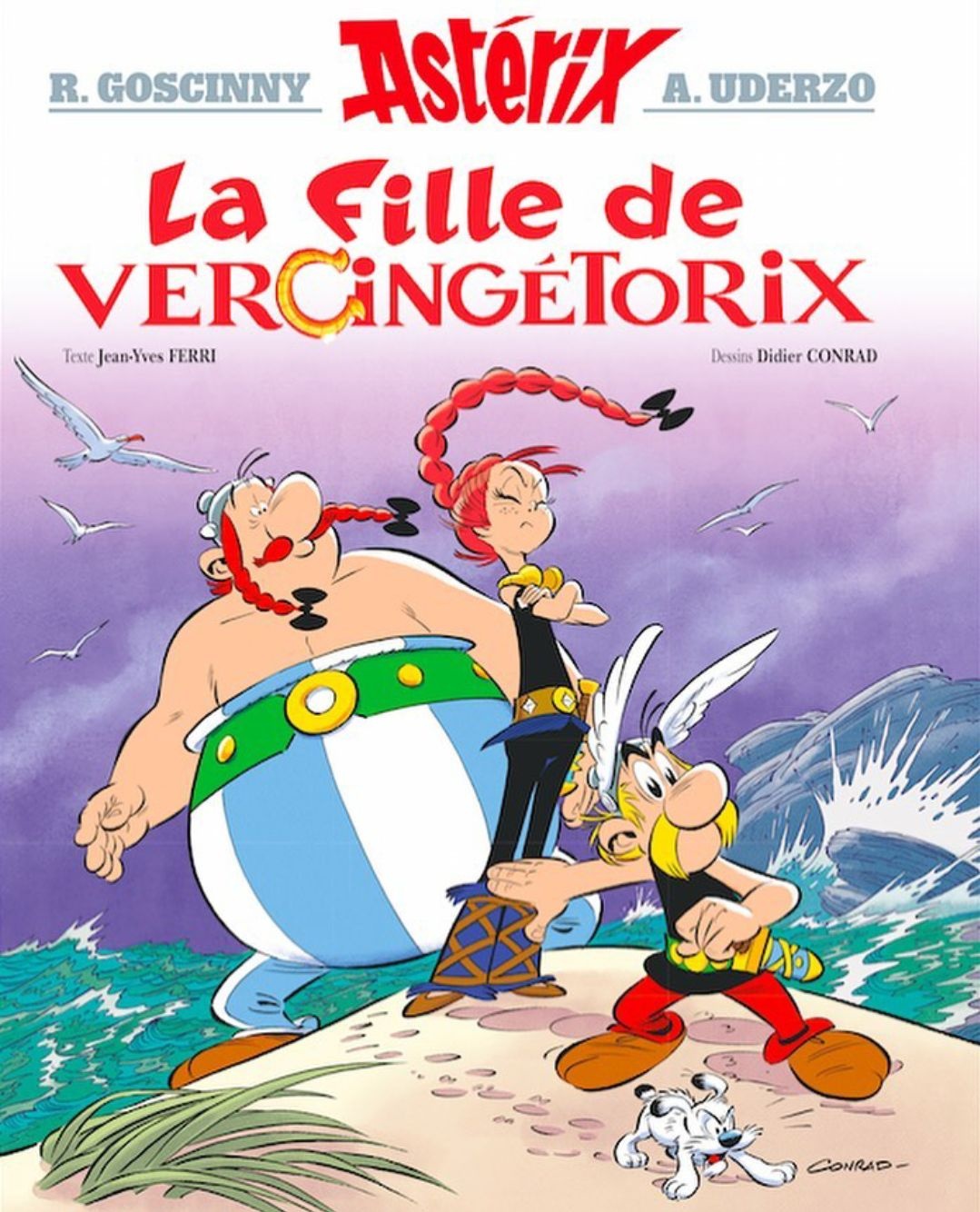 Incredible so Syria is not allowed to retake its own land without Sultans Erdo’s permission!!

I am just checking…..

Well, Putin allowed that by coddling to a third rate illiterate Wahhabi scum like Erdogan. The reality is that Turkeys are in a desperate situation as the headchoppers have collapsed and now the Turkeys suffering daily casualties are in dire straits and have to make a major military commitment to attack Syria and suffer horrendous consequences. This is the time for Putin to show some spine and unshackle the Russian military to make coordinated operational plans with SAA, Hezbollah, Iran and the tenacious Shia militias. Iranians have committed a lot of blood in defending Syria and are not about to let the SAA down, Russia needs to show similar resolve. The Turkeys simply can not sustain a major war as the Anatolian peasant cannon fodder villages are already getting restless as the casualties rise from both Syria and Libya. Turkey is a bankrupt third world failed state with massive internal problems with Kurds and other minorities and simply can not wage a two front war. Even the Americunt arsehole masters bankrupted themselves by trying to fight losing wars in Afghanistan and Iraq at the same time. Turkey is barely 80 million disparate quilt-work of unhappy ethnic groups like Kurds, Alevi Shia, Christians etc who want no part of the the faggot Mustafa Kemal’s moth eaten “Republic” and the street thug Erdogan’s pipe dream of a new “Osmani empire” in the Arab world. The last tango with Arabs did not end well with the Turkeys after WW1.

Erdigon stated – “We do not intend to enter into serious conflict with Russia at this stage.”. AT THIS STAGE, which mean Turkey sooner or later is preparing for conflict with Russia. This would be obvious warning for Putin. As I was saying before selling S-400 to Turkey was Putin mistakes. Sooner or later Turkey will use the S-400 against Russia pilots. Erdogan is playing Putin for sometime.

do you really think that RUS needs a “warning” from this kebab-eater?)))

Given the history between Russia and Turkey you can be sure Russia didn’t sell Turkey the same version of the S-400 that they can’t defeat. It might look the same but Russian systems will have the latest / greatest hardware and software.

The S400 Turkey get is the export version, as practiced with all systems before. It may be also possible, that backdoors exist in these export versions to allow partial disablement of functions protecting russian planes.

Hehe the russians stole the boomerang tech from the patriots, so if turks fire at russian planes, its boomerangs back to the battery that fired it!!

There is talks that the friend/foe list is mangled, making friendly planes foes in case a russian plane is fired at.

The tech could be written into the chips themselves. To get around that, all the chips on all the boards would need to be changed. A job in itself and perhaps one that would lead to future operational problems.

Intel supposedly have been caught with similar tech on the mainboards they supply for home/business users. Some say this tech calls home and sends data that most operating systems cannot detect nor prevent.

Yep they tried it but imagine the danger if those chips end up in cars and such. hackers can take over any car and crash it and hold others hostage.

The systems are tailored to buyers specifications.. Like buying a car.. I am pretty sure there are no back doors but knowing what the customer demands are, there are methods to defeat it or get around it. Unlike western standards of duplicitism, Russian learnt from the soviets following western methods of selling worthless junk that only looks good but performs poorly. Not a good way to build trust.

there is alway a russian domestic version and a simplified, less capable and limited export version.

S400 will not be used against Russian pilots. That would require Russia to attack Turkey/NATO. Russia has other means of helping Syria. Turkey has now poor relations with USA. Poor relations aôlso with Russia and army bogged down in Syria would cause serious trouble for Turkey. They might even loose Constantinopol if Erdogan continues with stupid policies.

I don’t think Putin is a man that can be easily played.

I dont think this too.
Still he is a mortal man, and has weaknesses like every one else.
The stavka, Lavrov and Shoigu had warned Putin not to make those deals with the devil.
But Putin listend to turkish payed lobbyistst like Dimitri Peskov, and now everything falls apart.
IMHO this is Putins biggest error in over 20 years.

If this were true, then there is not way why Putin has stopped SAA offensive several times with his famous cease fire agreements.

I don’t know, but he surely has to have better understanding than I do. He doesn’t seem to be in any hurry, working time with patience. His method seems to be working when viewing the whole campaign from afar.

there is component in turkey s400 that not being allowed to hit russia aircraft..

and also erdoghan engineer is moron so that russia no worry erdhogan enginer will reengineering s400.

Erdogan is admitting there is no credible threat to the SAA. I think they will work out how to portray it in the public view but, the SSA and Russia will keep right on rolling.

Let’s hope so. The terrorist held area is shrinking rapidly and there should be no operational pause or “ceasefires’ courtesy of the Zionist patsy Putin who is micro-managing the Russian military without the benefit of any military experience. Putin’s only claim to fame, being a low inept major in the defunct KGB sipping vodka in a small backwater GDR town of Dreden while the USSR fell apart..

It’s all over but the screaming in Idlib.

I think the Turkish military convoys are already being blocked by fleeing head-choppers Xoli Xoli. Image the traffic jam on the escape route to Idlib city right now:

Thank you.If Saragib falls then it is over with

Cavasolgu said that Erdo and Putin are working on a ceasefire:
https://www.almasdarnews.com/article/russia-and-turkey-attempt-to-ease-tensions-in-syria/

Before Erdogan calls Putin, or Putin talks to him, he may receive a loud message from Shoigu and his men.

OK, got it? The selfdeclared King of all Kings named Erdogan does not allow Assad to fight against beheaders and other terrorists in his own country, he plays commander of a halluzinated landscape bigger than his own turkey land. He wants to go to Libya too with his terrorist troops… Or is it all bla bla to show up as a mighty man in front of some fanatic citizens?
Maybe something went wrong in his brain. He seems to be out of mental control. Time to show him the limits of daydreaming…
SAA on the other side is doing an excellent job as it looks. Well done.

It seems he lost his oxygen mask!

He’s wearing a gas-mask, to show the global danger that comes from Assad’s fighters…

Well Pompeo just backed Erdogan saying Turkey has the “right of self defence”, in Syria !
Looks to be a set up, US – Turkish – NATO operation coming.
Erdogan has forgotten how Putin saved his skin four years ago.
Somehow he thinks he is not expendable, truly deluded.

So long as we stay away from Aleppo and don’t accidentally kill too many civilians in Idlib we’ll be ok, the Turks can’t do too much to the SAA in soutthern Idlib because they don’t have the resources there, and the UN and US won’t intervene either if there’s no reason to, they don’t give a crap about the terrorists just the civilian casualties, so just as long as civilian casualties are minimised I’m pretty sure the UN won’t kick up a stink and cause any problems, but they will if civilians start dying again.
So please SAA just go westwards from now on and not northwards, the M5 will still be there in a couple of weeks and so will Aleppo, liberate all the south first and then when our bellies are full and we’ve had a good rest, then we can tackle the north and do what we have to do. But that’s only if we have to do it at all, hopefully the fleeing refugees will do the job for us and save us the trouble, because if we liberate all the south of idlib there’s a very good chance that will happen, we just have to do it carefully, not slowly, just carefully and quickly.
It would only take 2 or 3 days at most to liberate all of southern Idlib, there are no terrorists left there now, at least not many of them, and none that would be effective fighters, just rag tag local militias taht will cave in at the first shots fired.
No ground fighting in Aleppo means we might get to fight another day, so I’m glad we’ve finally come to our senses and are now avoiding any fighting there, that’s if we can, because apart from a few airstrikes to stop terrorist activity building up there hasn’t been any ground fighting there for a few days now, I wonder who got the bullet in the back of the head, a Russian military expert, a Iranian military expert, or a Syrian military expert, who ever it was they deserved it.

Hot air for domestic purposes, no need to take this too seriously.