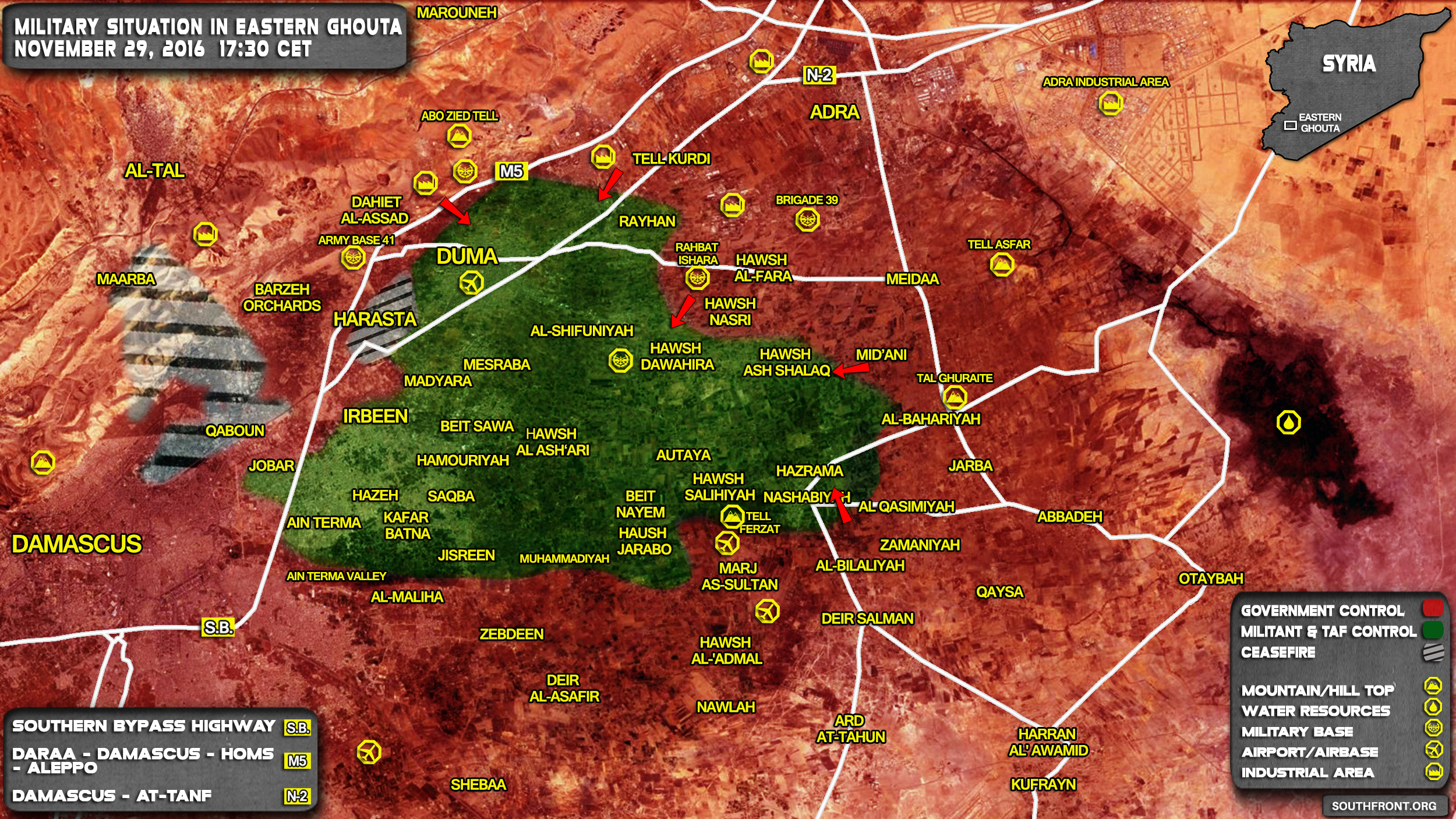 The Syrian army and the National Defense Forcse (NDF) have liberated the village of Mid’ani in the Eastern Ghouta region of Rif Damascus province. Syrian government forces continued advance in the direction of Hawsh Shalaq and now are engaging Jaish al-Islam militants in its outskirts.

The liberation of the village came amid reports that the Syrian military has been preparing a major military operation to restore contol over the region and has already deployed reinforcements for this.