Few moments ago, the Syrian army’s Tiger Forces and the National Defense Forces (NDF) liberated the village of Kharabasha near the ISIS stronghold of Al-Bab in the northern province of Aleppo.

This was the latest advance in a row of gains made by government forces in northern province earlier this week.

The army and the NDF made major advances in the province of Aleppo and reached positions of Turkish forces storming the ISIS-held town of al-Bab.

According to experts, now government forces will develop an advance in the southern Al-Bab countryside. 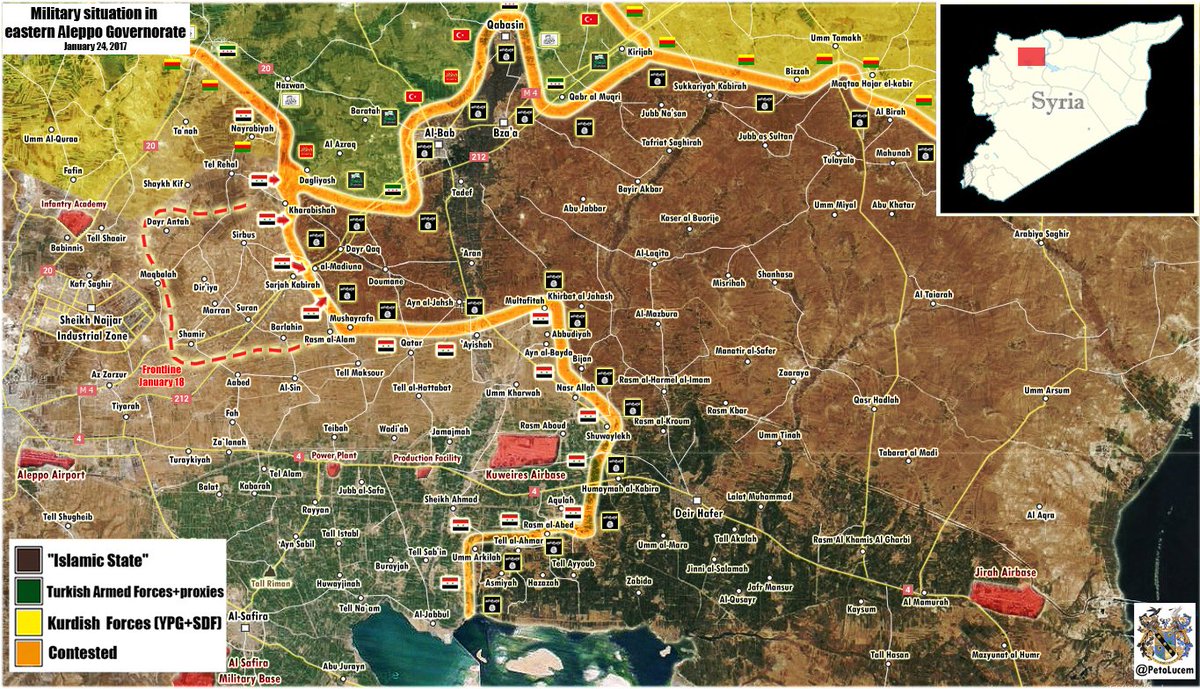 the goal is more to the north or to the east?

at present, the aim is to the east to prevent Turk’s development to the south

Unfortunately Al-Bab is promised to the Turks.