The Syrian army and the National Defense Forces (NDF) liberated the village of Qasr Al-Hayr northeast of the city of Al-Qaryatayn in the Syrian province of Homs on Wednesday. The village had been controlled by the ISIS terrorist group.

Clashes in the area erupted yesterday when the army and the NDF, supported by Russian and Syrian warplanes, launched a push to further expand a burfer zone south of the Tiyas Airbase. Qasr Al-Hayr was fully liberated from terrorists on Fabruary 1, according to pro-government sources. 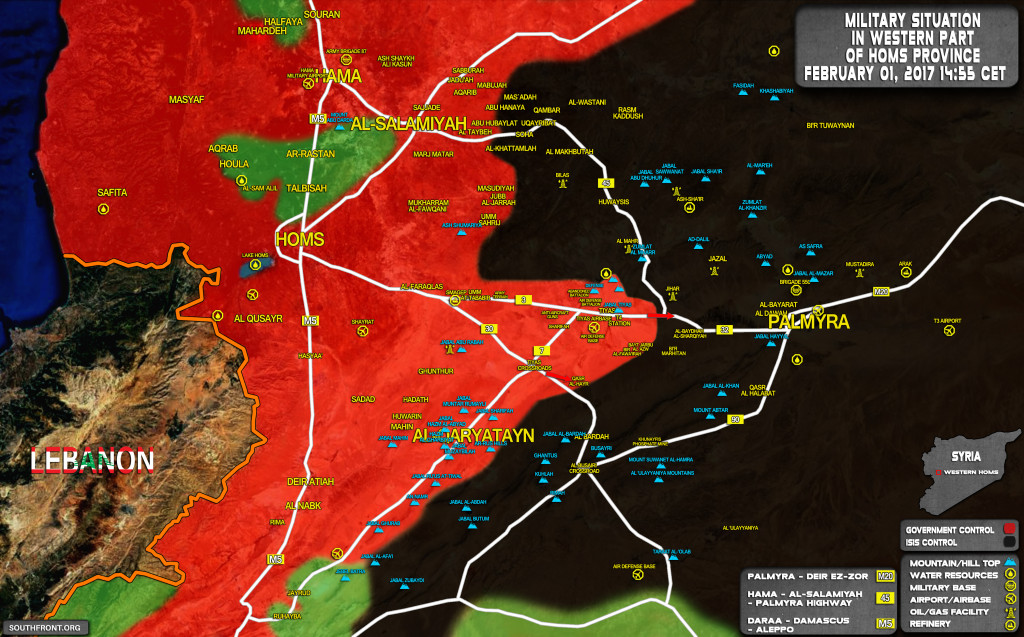