Those strategically important hilltops were captured by ISIS 13 months ago. 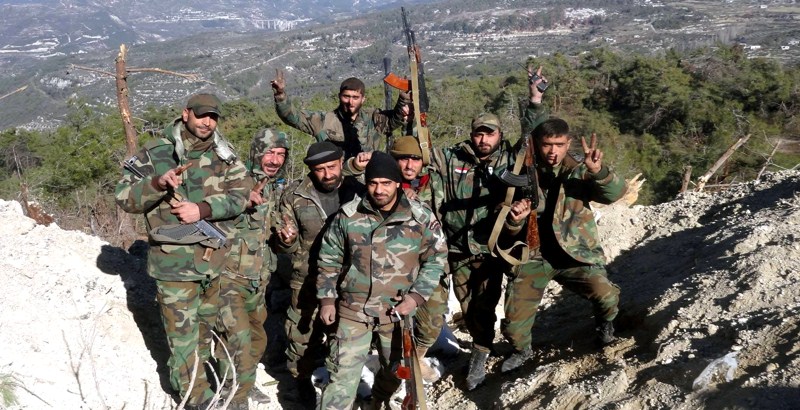 On Monday, the Syrian Arab Army, the National Defense Forces (NDF) and Al-Ba’ath Battalions  took full control over 8 hilltops in the Jazal Mountains of Homs Governorates after a violent fight against ISIS terrorists.

A battlefield reporter said that the Syrian Armed Forces launched a successful surprise assault against the ISIS militants in the eastern hilltops of the Jazal Mountains by liberating 8 hilltops that had been captured by ISIS for 13 months.

“After liberating these 6 hilltops in Jabal Jazal, the Syrian Armed Forces reentered the small village of Al-Dawa near Palmyra after another intense battle with ISIS this morning,” the battlefield reporter said.

However, the Homs Governorate’s eastern countryside has become violent warzone between the Syrian Armed Forces and ISIS terrorist after the Syrian Army launched an assault on western Al-Raqqa three weeks ago.