Last night, the Syrian army and the National Defense Forces (NDF) liberated 5 villages from the ISIS terrorist group in the northeastern countryside of Aleppo city.

The government forces’ advance was synchronized with operations of Kurdish forces in the same area. 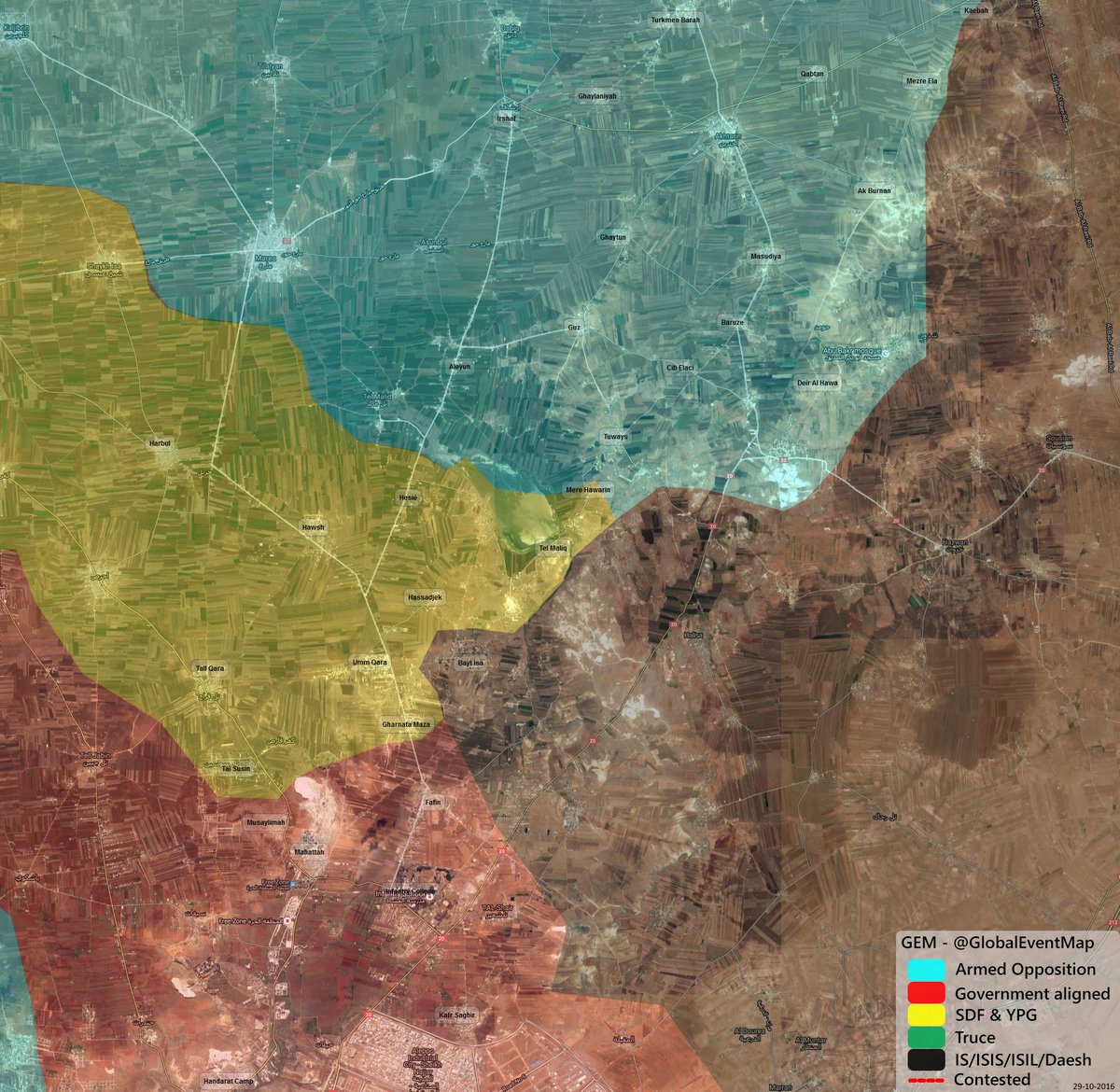 liberates? LMAO hahhaha you mean they were abandoned by IS? Oh yes that is true, but southfront propaganda does not the word ‘truth’

Noone said there were any clashes.

me_
Reply to  VGA

so they didnt liberate anything. they received a gift

They moved in and are now in control.

and collaboration with Kurds show that they are getting more softer towards SAA /nervous because of Turkey.

Tal Susin should be within the SAA-controlled territory on this map (While Tal Qarah is not mentioned in the Al Masdar report). According to original reports. :p This map is a bit weird compared to the previous one.