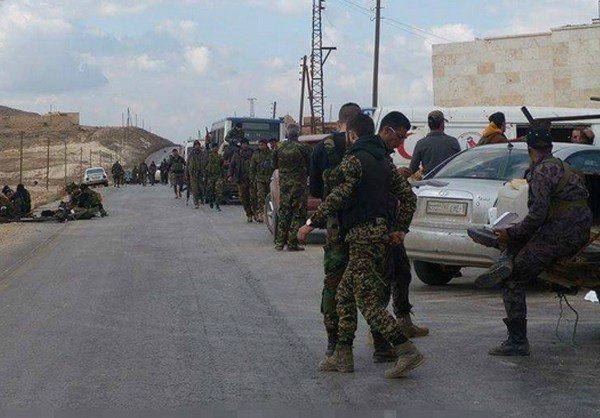 The Syrian Arab Army’s 66th Brigade of the 11th Tank Division carried out a powerful assault along the Sheikh Hilal-Ithriyah Road on Friday, striking several sites under the control of the Islamic State of Iraq and Al-Sham (ISIS) in the Hama Governorate’s northeastern countryside.

With the Tiger Forces steadily advancing in the Khanasser Plains, the 66th Brigade – backed by the National Defense Forces (NDF) – took the opportunity to capture a number of villages that are located near the imperative village of Al-Siin; this attack proved wise, as ISIS offered little resistance to the government forces.