The Syrian Arab Army (SAA) have liberated the villages of Totah, Hjaila and Anij Bagra from Hayat Tahrir al-Sham (formerly Jabhat al-Nusra, the local branch of al-Qaeda) in the northern Hama countryside, the Syrian Defense Ministry said on January 22. The ministry also released a video showing the SAA advance in the area.

The Hayat Tahrir al-Sham-held villages in northern Hama are one of the obvious targets for the SAA and its allies following the liberation of the town of Abu al-Duhur and the Abu al-Duhur airbase.

give them heel, don’t let them breath, eliminate them. Our energy is with you, free your country.

I do hope they restraining in use of inaccurate shelling. 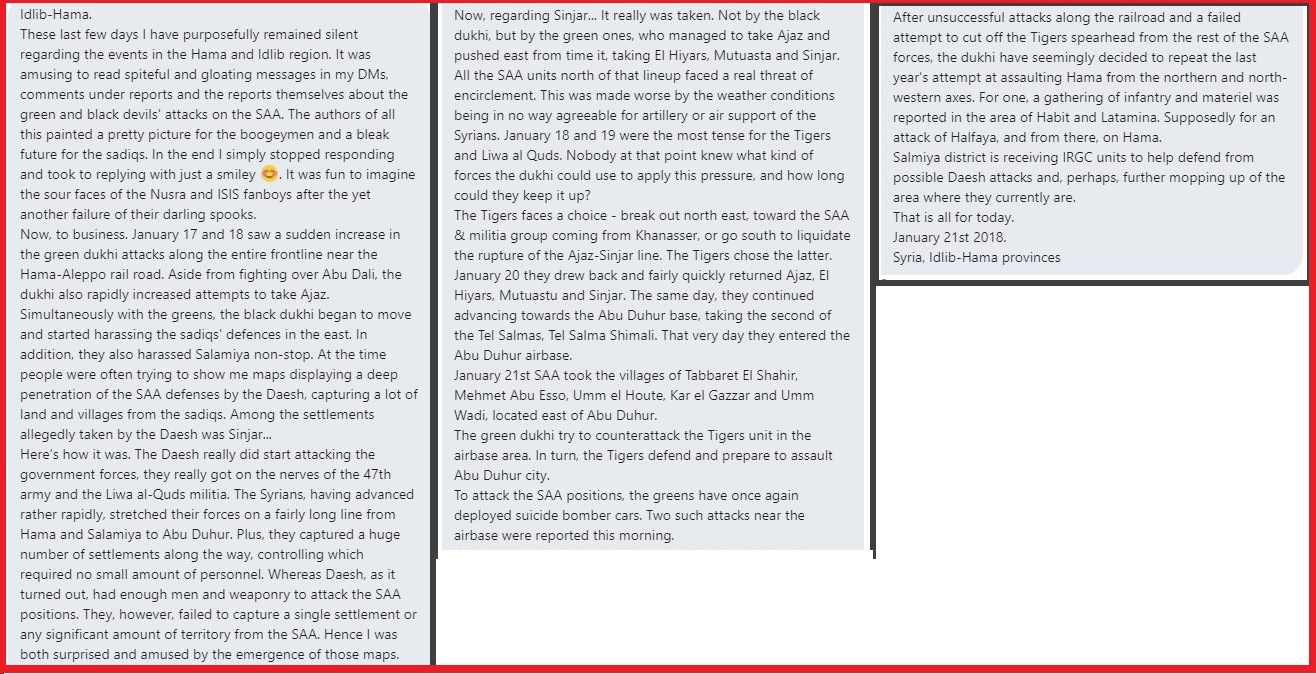 it was a hard battle, sinjar in enemy hands and later became “friend”, good tweet