On August 31, the Syrian Arab Army (SAA) and Palestinian Liwa al-Quds launched a large-scale military operation against the remaining ISIS fighters in the Homs desert, according to the Syrian pro-government blog al-Masdar News.

During the first hours of the operation, warplanes of the Syrian Arab Air Force (SyAAF) carried out a series of airstrikes on ISIS positions in the Homs desert. Later, the SAA and its allies attacked several positions of the terrorist group on the administrative border between the governorates of Homs and Deir Ezzor.

Local observers believe that more than 1,000 fighters and commanders of ISIS are currently hiding in the Homs desert, which lays between the eastern Homs countryside and the western Deir Ezzor countryside. These terrorists have launched several attacks on the SAA’s positions on the western bank of the Euphrates River since the beginning of this year.

ISIS fighters will not likely be able to hold their positions for a significant amount of time because there are no natural fortifications in the Homs desert. This will allow the SyAAF and the Russian Aerospace Forces to track and eliminate these terrorists easily. 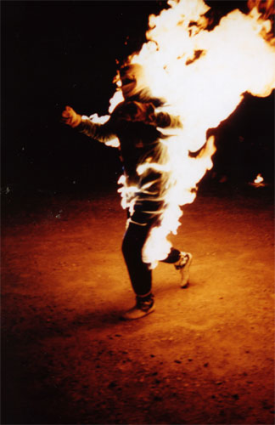 So wait and see,if the ISIS missiles and air force get involved to save their scumbag comrades.

Denmark needs to be completely caged in now Merijn , to prevent their inhabitants insanity spreading.

Yes and how are you today ‘Joey’ , I hope your new cage is big enough :)

It’s too late to save their terrorists, that would have been possible still in 2016, but not now. They will watch them die in the desert hopelessly!!!

Now drunk US and UK morons cannot come to rescue their army from SAA and Russia.

Hello Isis welcome to the world of FLIR, at least run as to make sport of it.

If its that easy to eliminate the buggers because they have no place to hide, why wait until now? And even if the priority to deal with them was low, if there was no place to hide, how were they able to still conduct hit and run attacks? It’s good that the rats are finally being dealt with, I just don’t think it will be as swift and easy as the article says.

But Monte Cassino was a brutal slogging match of attrition of WW1 proportions that lasted from winter ’43 to summer ’44. Despite four full scale frontal assaults they could not dislodge its defenders, until the Free French advanced through seemingly impassible terrain into the enemy rear.

Again, if it could be done this easily and all the hiding places are known, why was ISIS able to regroup there and launch hit and run attacks from there? If it was easy it could have been done real quick, despite being considered low priority. It had to be because it’s not easy and too low a priority.

Of course that isn’t easy, it’s a vulcanic mountain.