Syrian troops have attacked positions of the Islamic State terrorist group, stationed near the al-Seen airport in Damascus province. 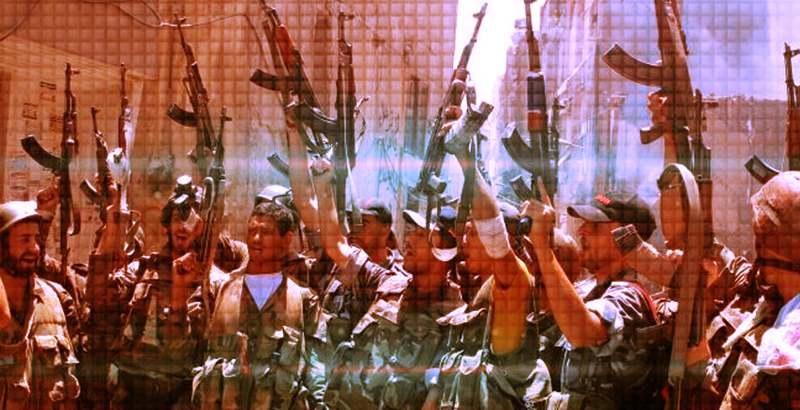 Syrian troops launched an attack on concentration centers of terrorists of the Islamic State (IS) group, stationed to the north of the al-Seen airport, located to the northeast of Damascus. As a result, all militants in the area were killed and several their military vehicles were destroyed.

At the same time, the Syrian Armed Forces also managed to cut off IS supply routes, connecting Badieh in eastern Damascus and the province’s northeastern part. According to reports, the IS suffered heavy losses during the operation of Syrian troops and the country’s air force in the areas.

Earlier, media sources, affiliated with the IS, reported that a large number of forces and military hardware were dispatched by the terrorist group to areas near the al-Seen and al-Dhamir airports in order to seize them. Reportedly, terrorists used foggy weather to send several military convoys to the areas, located near the airports in eastern Qalamoun, in order to launch large-scale surprise attacks on them. As it was noted, the convoys arrived from Ba’ar al-Qasaf and Tal Dakout regions, located between Damascus and Sweida provinces, as well as from al-Barada region, situated to the east of al-Quaryatayn town in Homs province. According to reports, the IS military convoys consisted of tanks, military hardware and vehicles, as well as of rockets, mortars and a large amount of heavy weapons and ammunition.

On January 29, concentration centers of IS terrorists, stationed in the mountainous region of al-Qalamoun, located in northern Damascus, were hit by the government forces. As a result, several hills in the eastern part of the area were recaptured by Syrian troops, as well as at least 25 killed and wounded IS terrorists were left at the battlefield. The terrorist group was forced to retreat in the direction of al-Barada region in Homs province.

According to some reports, after the recent advances of the Syrian Army in northern Damascus, the government forces plan to launch a series of attacks on military bases of the IS in al-Barada region from two directions.

Steady as she goes !