On January 10, the Syrian Arab Army (SAA) and the Tiger Forces launched their final assault to capture the Abu Duhur airbase in the eastern Idlib countryside. According to initial reports, the SAA attacked fortifications of Hay’at Tahrir al-Sham (HTS) inside the airbase from the southern, western and eastern directions, and captured serval positions inside it. 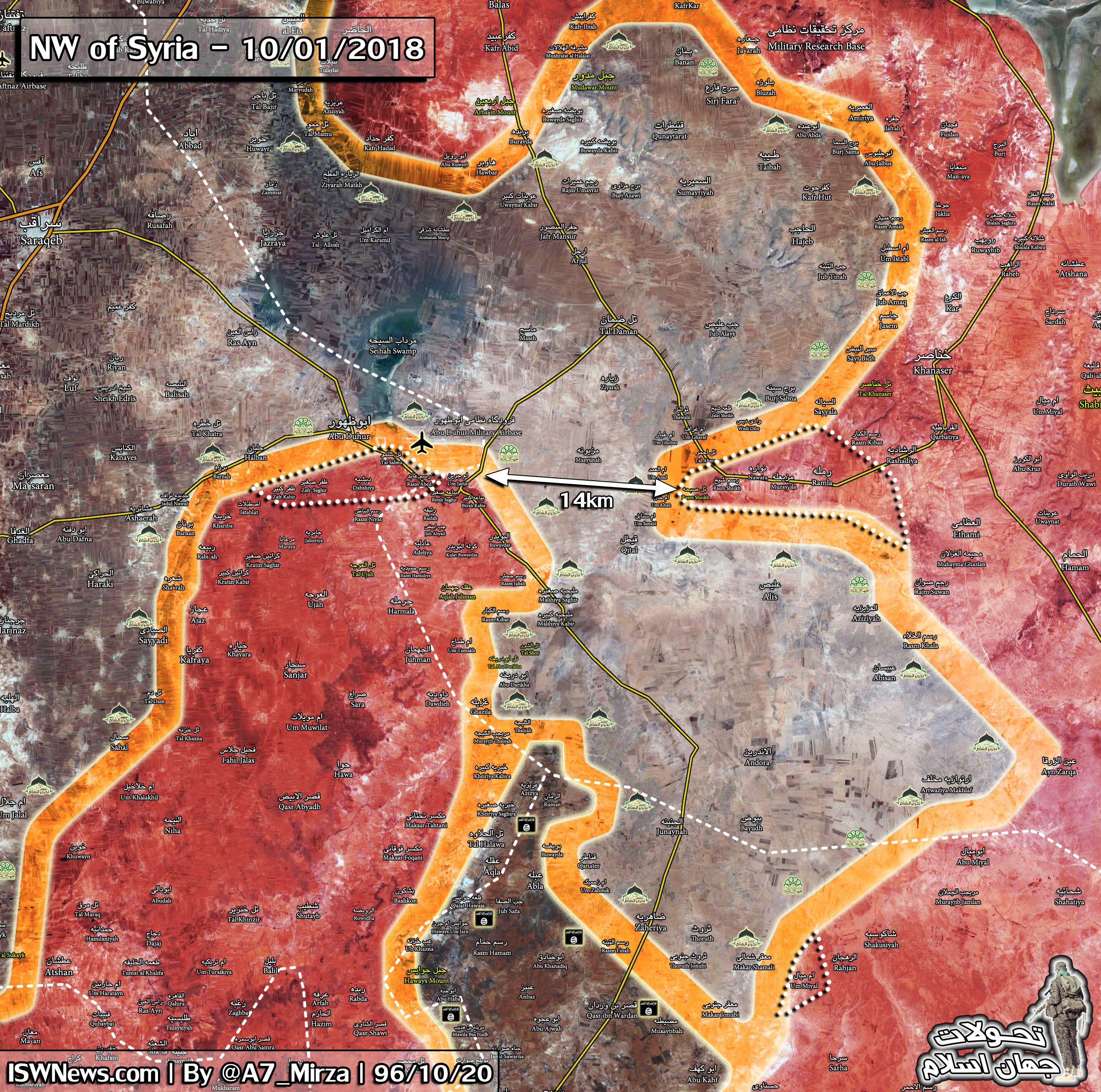 Later several Syrian opposition sources claimed that HTS launched a counter attack against the SAA around the Abu Duhur airbase and south of it. However, these claims were not confirmed by any official source.

If ISIS attack near the Abu Duhur airbase is confirmed, this will mean that HTS just handed over its positions in the northeastern Hama countryside and southwestern Aleppo countryside to the terrorist group in order to slow down the SAA. According to reports, in total, ISIS has up to 900 members operating in northeastern Hama and southern Idlib, most of them are defectors from HTS.

Such a maneuver by HTS and ISIS could slow the SAA advance in Idlib governorate for some limited time.

Until now that ISIS pocket has proven to be useful idiots to the SAA, as they mostly seemed to focus on grabbing land from Al Nusra, but even without these new escalations it would have to be dealt with at some point. Once Abu Duhur is taken and the link up to South Aleppo made its usefulness would have ended regardless. I reckon that ISIS knows this and with the rapid SAA advance are now shifting fronts.

On monday I got a brand new Wank Rover Fl-a-nge Rover from having earned $611752 this last four weeks..with-o-u-t any d-o-ubt it’s the most-comfortable ass-selling job I have ever done .. It fee-l-s unbelievable but you wont fo-r-give yourself if you don’t bang it

Well you forget HTS is still Al Qaeda and have always had a close relationship with ISIS but at the same time a rivalry. There are no secular moderate rebels they all preach the same Islamic ideology and all want Sharia to be administered.

That goes without saying.