Early on December 1, the Syrian Arab Army (SAA) launched a counter-attack in southeast Idlib to recapture the towns it lost in the terrorists’ recent attack on the region.

Under the cover of intense Syrian and Russian airstrikes, the army recaptured the town of Ejaz and several positions in its outskirt from al-Qaeda-affiliated Hay’at Tahrir al-Sham (HTS) and its Turkish-backed allies.

A coalition of HTS, Turkish-backed groups and al-Qaeda-affiliated faction captured Ejaz and the nearby towns of Sarjah, Rasm al-Ward and Istablat a day earlier.

The fate of Sarjah, Rasm al-Ward and Istablat is still unclear. Some pro-government sources claim that the three towns were also recaptured. However, this is yet to be confirmed. 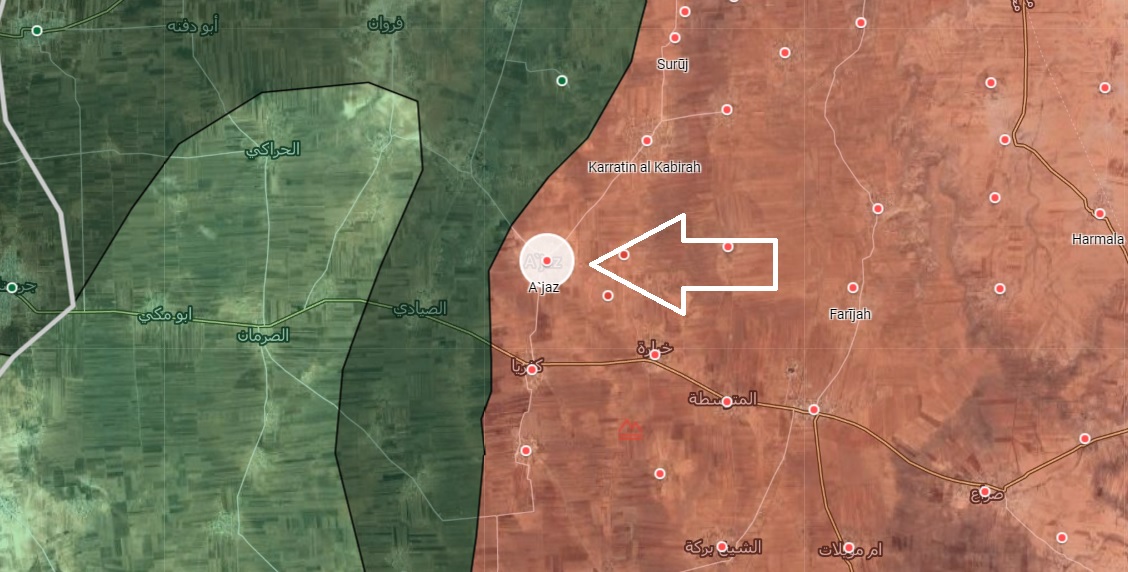 HTS and its allies suffered from heavy losses during their attack in southeast Idlib. The terrorist groups reportedly lost some heavy weapons as well as many their members.

The SAA will likely continue its counter-attack in southeast Idlib until all of its positions there are secured again. Later, the army may kick off a new large-scale military operation to push HTS and its allies away from the region.

That is cheating. Using airpower first.. why saa don’t fight face to face with this mujahedin force..

gre… go on jump front off the fast train

Go and jump in front of a tank,türd.

cheating is for your mother

Good for her but unfortunately she’s not here anymore

Sorry to hear that.

Why your alsaud friend’s use airpower in Yemen u takfiri scum(l.a)

Use the weapons you have at your disposal. Why would anyone want to fight face to face when you don’t need too. This concept is not realistic. Do terrorist fight face to face with car bombs and fake videos of chemical weapon victims? Keep in mind they are fighting face to face too. There is a lot of hand to hand combat too. Where do you get this concept from? Before WWI.

Terrorists only fight “face to face” with unarmed civilians, kids and women.

The syrian army pseudo-assaults are an effective way to lure jihadists into counter attacks. I thought this type of thing only works on AI in video games, but it seems equally effective in Idlib. Great strategy by SAA, cant believe it still works. Counterattacks were an effective strategy by ISIS, but at this stage of the war, its basically FSA suicide tactics.

As expected. “The fate of Sarjah, Rasm al-Ward and Istablat is still unclear.”(C) – it is very clear. If they were not recaptured yet, they will be within a day or two. It’s a question of (short) time. End result – rats loose more manpower and material without any real gains other than their filthy leaders reporting to their superiors in CIA that they are “doing something”.

Good job to the patriots of the SAA, god bless them.