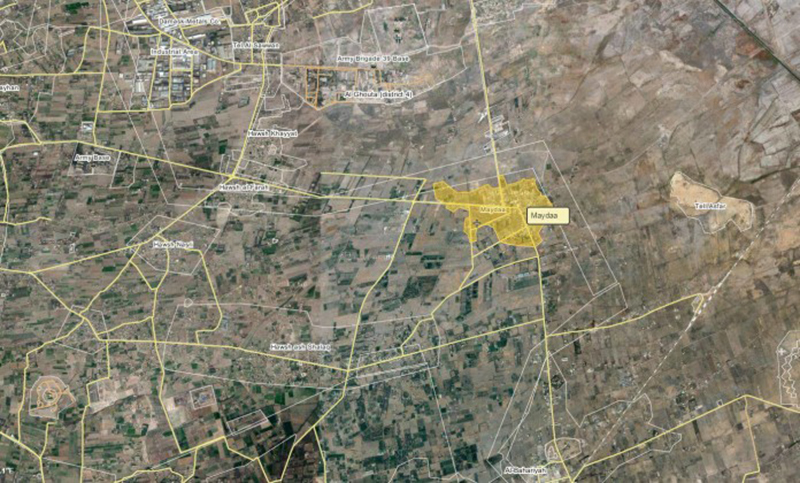 AlMasdarNews reports: After barraging Jaish Al Islam militants with artillery fire and airstrikes for a few hours, the Syrian Army launched a military operation to capture the strategically imperative town of Mayda’a.

The Syrian Army was able to enter the town after softening the Islamists’ position in the town with fire power, killing at least 9 militants in the process of capturing the eastern neighborhood of the town.

Clashes are expected to intensify in the coming hours.

If the Syrian Army establishes control over this town, they would have effectively positioned themselves to strike Hawsh al-Farah from three separate flanks.