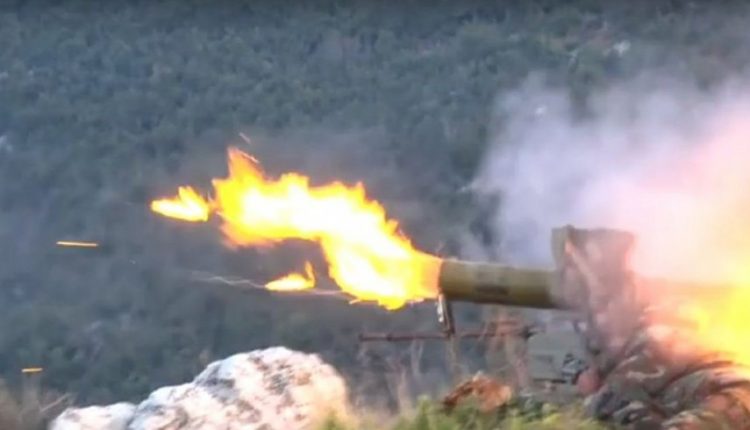 On June 7, a unit of the Syrian Arab Army (SAA) destroyed a vehicle of the Turkish-backed National Front for Liberation (NFL) in the Turkman mount in the northern Lattakia countryside with an anti-tank guided missile (ATGM), according to Syrian pro-government sources.

The Syrian opposition news outlet Baladi News revealed that seven fighters of the NFL were killed and several others were injured in the ATGM strike. Moreover, the source said that the SAA artillery targeted a group of the NFL who attempted to evacuate the injured fighters.

Syrian opposition activists claimed that the SAA used a newly supplied Kornet-EM ATGM with a range of up to 10km to target the NFL vehicle. Previously, activists claimed that the same type of ATGM was used to target a vehicle of the NFL in the Kurd mount in the northern Lattakia countryside. However, there is no evidence to support these claims yet.

The Second Coastal Division, which is a part of the SLF, targeted two groups of the SAA with ATGMs in the northern Lattakia countryside on May 31, which resulted in the death of at least one SAA soldier. The new attack of the SAA is likely a response to this incident.

Last month, Turkish-backed and al-Qaeda-affiliated groups launched several attacks against the SAA in the northern Lattakia countryside in a clear breach of the de-escalation zone there. It appears that the SAA and the Russian Aerospace Force are ready to punish militants for such actions.

The First, let alone Second, Coastal Division of militants in SLF have never gotten anywhere near the Syrian coast – at Lakatia – rather they are based in south Idlib not far from their Turkish benefactors.

It was only a question of “When” those NFL cunts would join with their terrorist heroes. Hope Kaepernick was one that got roasted!