The Syrian army hit ISIS and Jabhat al-Nusra positions in the eastern countryside of Aleppo and the countryside of Homs. Terrorist and their military hardware in the districts were destroyed; a number of terrorists were killed and injured. 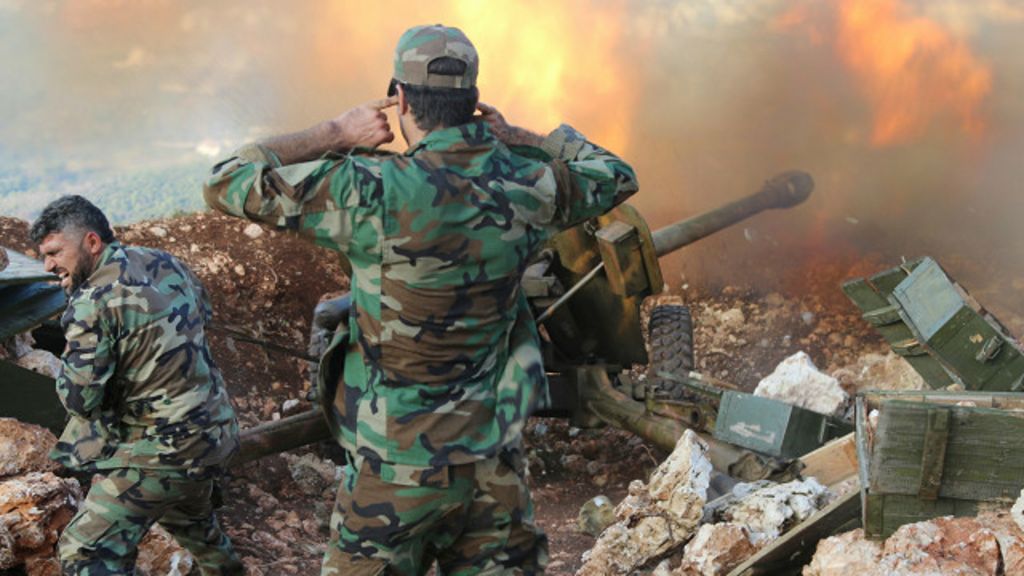 A Syrian army unit killed 8 ISIS terrorists and destroyed a cannon and two cars used by militants to convey weapons and ammunition in the vicinity of the Air Force Academy in the eastern countryside of Aleppo, the Mehr news agency reported on July 18, citing an unnamed military source.

Another unit of the army hit Jabhat al-Nusra and ISIS positions in Homs.

The military source said, that the Army’s air forces targeted ISIL movements and gatherings in the surroundings of al-Shaer oil field and Huweisees village in the eastern countryside of Homs. As a result, ISIL vehicles and positions were destroyed.

Army airstrikes also hit a gathering of Jabhat al-Nusra terrorists in the vicinity of al-Ghajar village, 30 km north of Homs city. According to the source, terrorists’ dens in the site were destroyed and a number of the terrorists were wounded or killed.

As South Front reported last week, airstrikes on the facilities of the Islamic State (IS) in Syria’s districts east of Palmyra and the Homs province were also delivered by the Tupolev Tu-22M3 bombers of the Russian Aerospace Forces.