The Syrian Arab Army (SAA) killed more than 70 militants of Hay’at Tahrir al-Sham (HTS) and its allies while recapturing the town of al-Hamameyat few days ago, Bosno Sinjić, an observers who is known for his relations with northern Syria armed groups, revealed on July 12.

(4) The village has around 100 houses. During the 12 hours of fighting, every minute 2 missiles struck the village (Airstrike/Artillery), 1 500 explosions. Rebel KIA rose to 70 #Hama #الحماميات pic.twitter.com/BaUKg9YexM 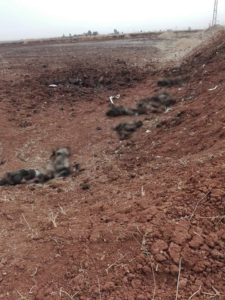 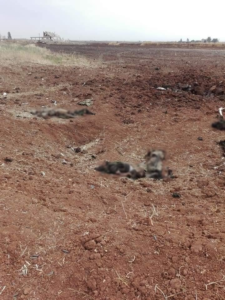 HTS, backed by Turkish-backed groups and al-Qaeda-affiliated factions, captured al-Hamameyat on July 10. However, the SAA forced the terrorist group and its allies out of the town a day later.

Besides losing dozens of fighters, HTS and its allies lost at least four battle tanks and five pick-up trucks, some of which were up-armored.

These heavy losses will not likely deter the terrorist group, which will likely launch more attacks in the upcoming few days. The army would have to take more direct steps to prevent these attacks.

Summering the pro-goverment sources during 2019:the rebells have lost around 2000 battletanks,7000 transporters,25 000 artillery pieces and 50 000 technicals.Around 75 000 terorists were eliminated and around 250 000 wounded under the year…

Summering the pro-government sources during 2019: the rebells have lost 22 battle tanks… Which is more or less real number. So, you have a problem with adding or with eye or with brain, or maybe all three together!

“Besides losing dozens of fighters, HTS and its allies lost at least four battle tanks and five pick-up trucks” “battle tanks” probably includes BMP’s, but is actually IFV. Did you expect HTS to leave all wounded and bodies behind when they pulled out?

Not all…but taking out 70 bodies from an active battlefield would require couple of trucks and personel/time to load,doubt they make some “timeouts” durring battles to do just that.Destroyed tanks or “vehicles” dont vaporize.

Did you bother to watch the video on more recent article you posted on? The battle was spread out and lasted quite some time. No doubt some of the wounded HTS pulled back from front lines did not survive, lacking good medical care.

I watched a video cut together that contains many videoscenes that i have seen before and for sure dont show the battle in question,if thats what you mean.On the other hand i havent seen nothing that even suggest that something like the losses reported by pro-goverment occured.

Then watch Anna News they’ll show you a lot more detailed looks into the battles on the ground as they were happening.

Thats the video i was talking about…all i have seen is cut togheter scenes from strikes that i have seen before and not represent the battle.The only thing from the current battle shown is the running of SAA and their BMP blown up.

Yes and they still keep coming back like zombies.

On the low side the UN says 20,000 rebel fighters in Idlib in June 2019. On the high side the Syrian government says 100,000. You claim 325,000 casualties this year. So using the Syrian estimate of rebel numbers there should be 25,000 left alive but each of them has been wounded10 times this year alone. If we use the UN numbers each rebel has been killed 3.75 times and wounded 12.5 times before being killed …. for the first time that is.

These are rookie numbers.

Once the terrorists civilian human shields are removed. They’re vulnerable to being decimated with air, missile and heavy weapons strikes.So that an infantry offensive to capture the position results in a lot fewer infantry causalities.

What civilians? They cleared out long before the shooting first started.