Muraselon, a pro-government outlet, said on August 14 that Hay’at Tahrir al-Sham (HTS) and its allies lost more than 45 militants during the clashes west of the town of Khan Shaykhun.

A photo released by the Abkhazian Network News Agency (ANNA) also shows two militants, who were captured by the SAA. According to Muraselon, the army captured even more militants in the recent few hours. SAA troops made significant advance west of Khan Shaykhun, capturing the villages of Kafr Ayn, Tall Aas, Khirbat Murshid and Mantar. The army also repelled a large attack on its positions in the town of Qasabiyeh.

The upcoming few hours may be marked by a new push by the SAA towards Khan Shaykhun, or the remaining militants’ positons east of it.

The two terrorists look rather like feral wild men, Al.

They remind me of these and being serious, with regards the first image. 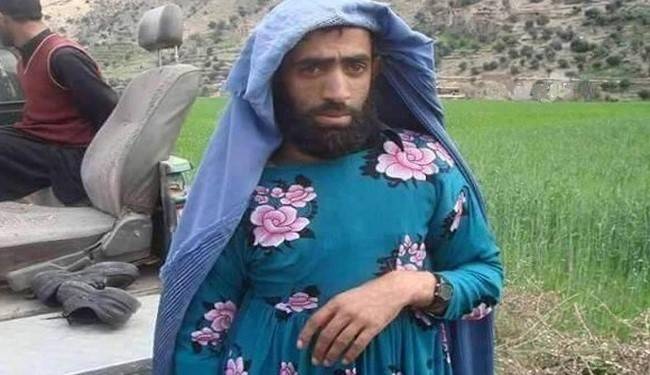 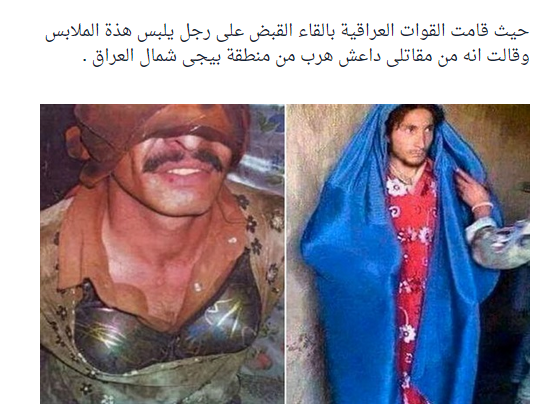 No doubt the Syrians caught up with them, on their travels.

The cross dresser in the dress looks a tad ‘limp wristed’ as well, AM.

Preparing for the ‘Pride Parade’, when he gets home, no doubt?

Seriously, these moronic savages have no change of accomplishing anything and must have a death wish to waste their pathetic miserable lives for their Turkey masters. The area that these worthless scum now operate in is shrinking by the hour and they can not even move the Toyotas around as Russians are using helicopter gunships with long range stand off weapons like ATGM and rapid fire GSh-2-30 cannons that can devastate thin skinned vehicles from 8-10kms. These stupid fuckers are being obliterated. 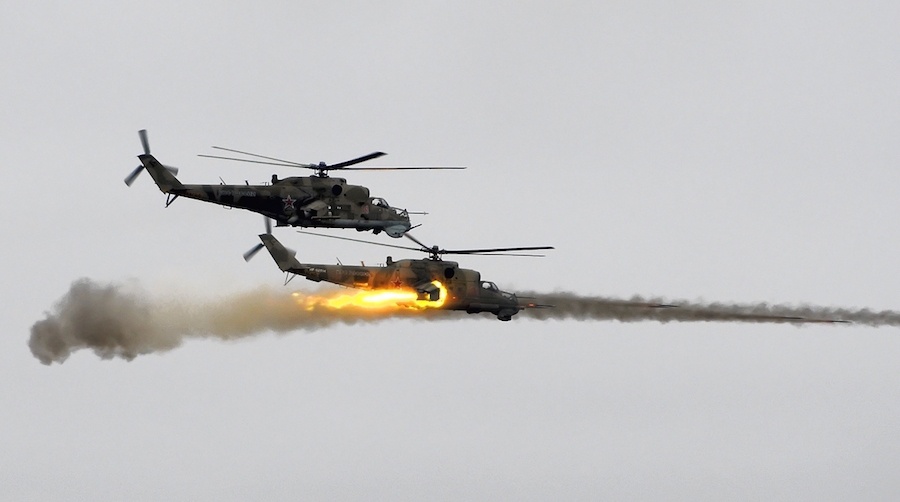 Why haven-t these dogs been shot already? Why are they bothering to show us their photos?

Because the SAA has more sense.

The need them for intelligence debriefing. These scared rats provide and lot of information and some even turn on the Turkeys and join government forces.

They are, there is growing shortage of headchoppers now and Turkeys will have to use their own cannon fodder. The Saudis are fucked in Yemen and have no capacity to supply headchoppers and Pakistani madrassas are too busy with Kashmir now. So there is hardly any Wahhabi terrorist breeding and recruitment grounds left. Syria, Yemen and Iraq will prove to be the death knell of Wahhabi scum and their Zionist scum masters.

Well I wish it were so, but Saudi Arabia opened 650 Wahhabi schools in Bangladesh last year, costing over a billion dollars. Bangladesh is regular Sunni, but those schools will quickly turn a significant number into Wahhabi.
The Saudis under orders from ‘above’, want to wage a near future war on Myanmar and knock out its Buddhist culture, and China’s de facto western port.

Folks.. The guys above in the main report are SAA soldiers who were held captive and now returning to their families.. NOT terrorists

Where did you get that information.

and now are is crybaby,s .the rats.

According to the map, SAA will encircle Turkish post near Morek, by getting via khan Shkekuh, NIIICE move, Turks there should start worrying

BOW DOWN
BOW DOWN
LEFT BEHIND WARRIORS
MISCREANTS OF.NOTHINGNESS
THE BIGGER PICTURE
THE BIGGER PICTURE
WEAKEN SYRIA
THEY WIN
GAME GOIN ON
FOR OVER HUNDREDS YEARS
HINDERANCE IS THE TOOL
SO USE
KEEP YOU BUSY-SEPEARATED IS WEAK
DESTROYING N KILLING YOUR BROTHERS
TEL AVIV SIT BACK N LAFF
ICAN WALK IN ANYTIME
BOMB SYRIA WITH NO REPERCUSSIONS

TIME TO DIE
JOULANI FAT ASS
HAVING COCEAU SAINT JACQUES TONITE
WHILE U LIE IN PURGATORY
WITH CHOICE OF TURKISH TWINKS JOULANI
SEND YOU TO FRONT OF NO RETURN..
POOR MOMMY NEVER SEE YOUR TRAITOR ASS

Execution by firing squad. It will stop new ones from signing up.

Let the people who have lost brothers and limbs cut off their heads no mercy eye for an eye.

Mercy for the unmerciful, why?