After today’s advances, the Syrian army’s Tiger Forces deployed in only 5 km from the strategic Water Treatment Plant in the provine of Aleppo.

The plant had been damaged by members of the ISIS terrorist group in order to disrupt water supplies to the government-held stronghold of Aleppo.

If the army is able to retake this strategic site, the Syrian government will start working ot restoring water supplies to Aleppo. This will be an important victory which allows to improve the humanitarian situation in the city. 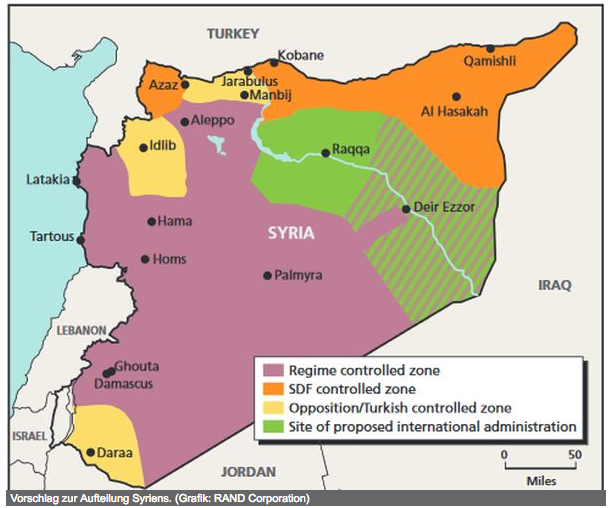 Watch as SAA move and Kurd/ISUS/US….
Safe Zones** declared. ….even the propposed Jordan border to Golan,
As Media coverage for the Rand land grab.

Based on How Russia/SAA move in the near future may indicate if the show is already
Scripted.

Scripted? Unlikely. This is pretty common scenario in any war, ISIS is on the run and can’t form defense lines -> they have to retreat until they can reform.

That is, if they even want to fight for these areas.

I sense a script being played out too.

Russia Insider has an article about Netanyahu demand Summit with Putin.
Instead of Netanyahu being frustrated,
It may be Netanyahu demanding more concessions from Russia concerning
Hezbollah and IRGC in Syria.

With Syria partitioned,….Israel will not have to give up the Golan
But rather. ..via Safe Zones. ..They get access to Syrian Oil fields, Nat/gas,
And possibly water brought to Israel from pipeline/Euphrates.

Technically…..Syria was already Partitioned before Russia entered in fall of 2015.

Man netanyahu can fuck off and die!

Mmm interesting when did Rand release this?

This map appeared recently,….picked up via https://deutsche-wirtschafts-nachrichten.de/2017/02/25/usa-planen-internationale-verwaltung-in-syrien/?nlid=82ffb9fcbc
Global Research,Fort Russ in similar time period.
Online…2015 had extensive articles on Partition of Syria via Rand and MSM
Which carried that allong with political blogs.

It’s the International Administration designate that has me pondering if Russia
Has agreed already. ..even Assad….
If so….what is playing out now is contrived drama. ..