Thus, the Republican Guard and the Fourth Division deployed in merely 600 meters away from the SAA troops in the HQ of the special forces west of Al-Qaboun district.

The SAA also advanced in the southern direction, near the school of Abdul Ghani Bajqni, the stronghold of Hayat Tahrir al-Sham (formerly Jabhat al-Nasra, the Syrian branch of al-Qaeda) in Al-Qaboun district. 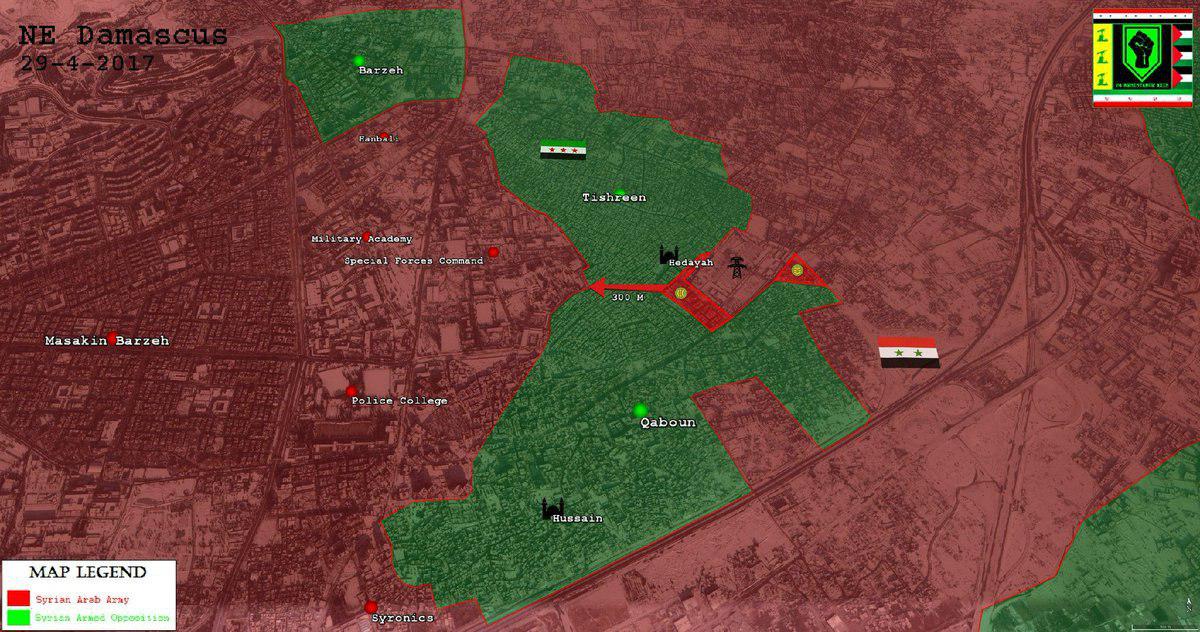 The SAA is seeking to separate the besieged Al-Qaboun district into two parts: a northern section (the “Tashrim area”) and a southern section. This will cause a collapse of militant defenses in this area. Militants are already suffering from shortages of food and ammunition. If the pocket is separated, the situation will become much more complicated for Hayat Tahrir al-Sham and its allies.

Meanwhile, the SAA continued to shell militant positions using Burkan rockets and the UR-77 mine clearing system. Pro-government sources report about “heavy casualties” among militants.

Separately, Ahrar Al-Sham had claimed that it had damaged an SAA tank in Qaboun during the SAA advance. It also published photos showing the attempt of its militants to repel the SAA attack. 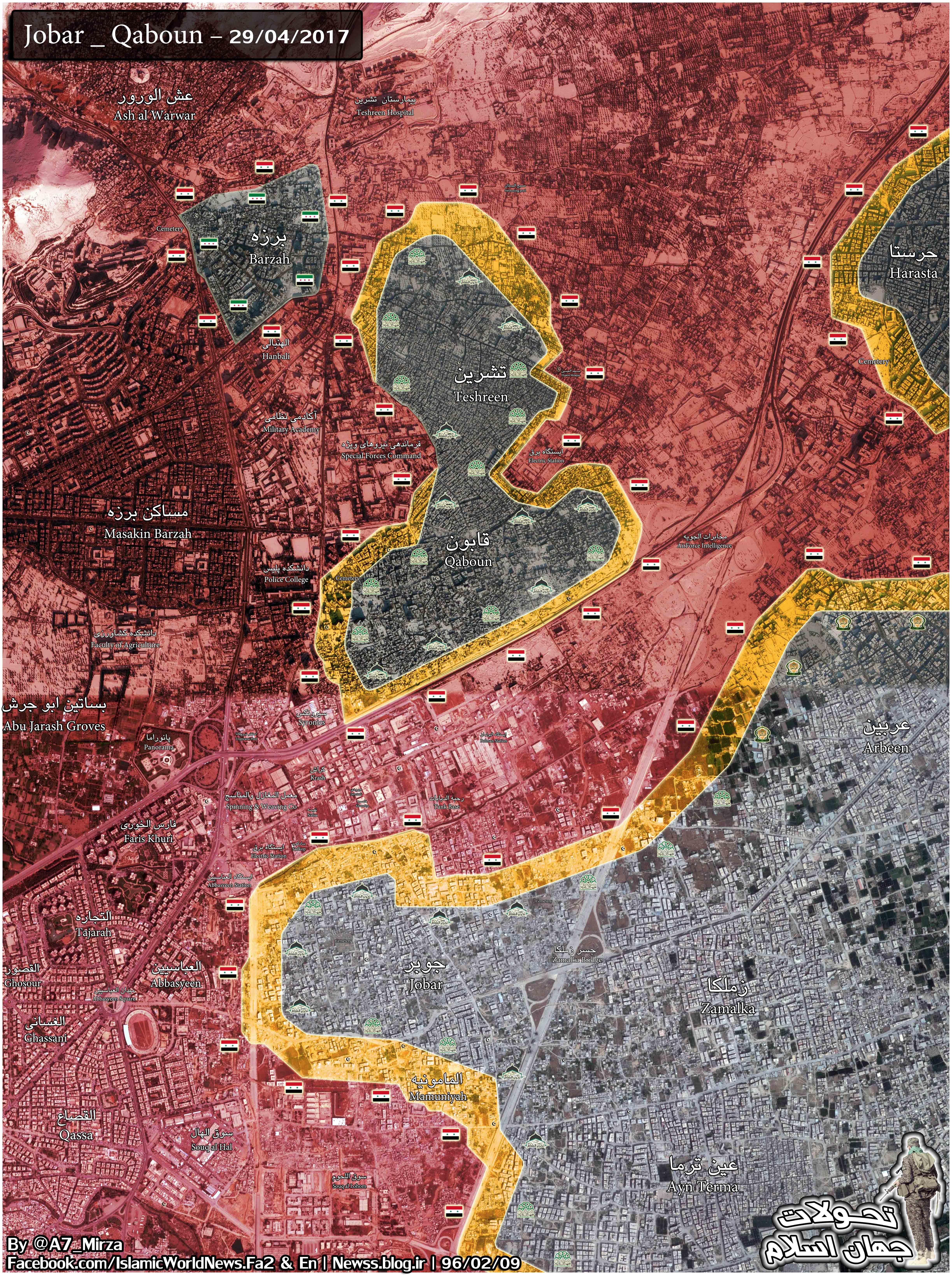 From its side, the Al-Rahman Corps announced that the situation in Al-Qaboun is bad and accused Jaish al-Islam in participating in the siege of the district and that the group is willing to hand it over to the SAA. Clashes between two factions continued in the Eastern Ghouta region. 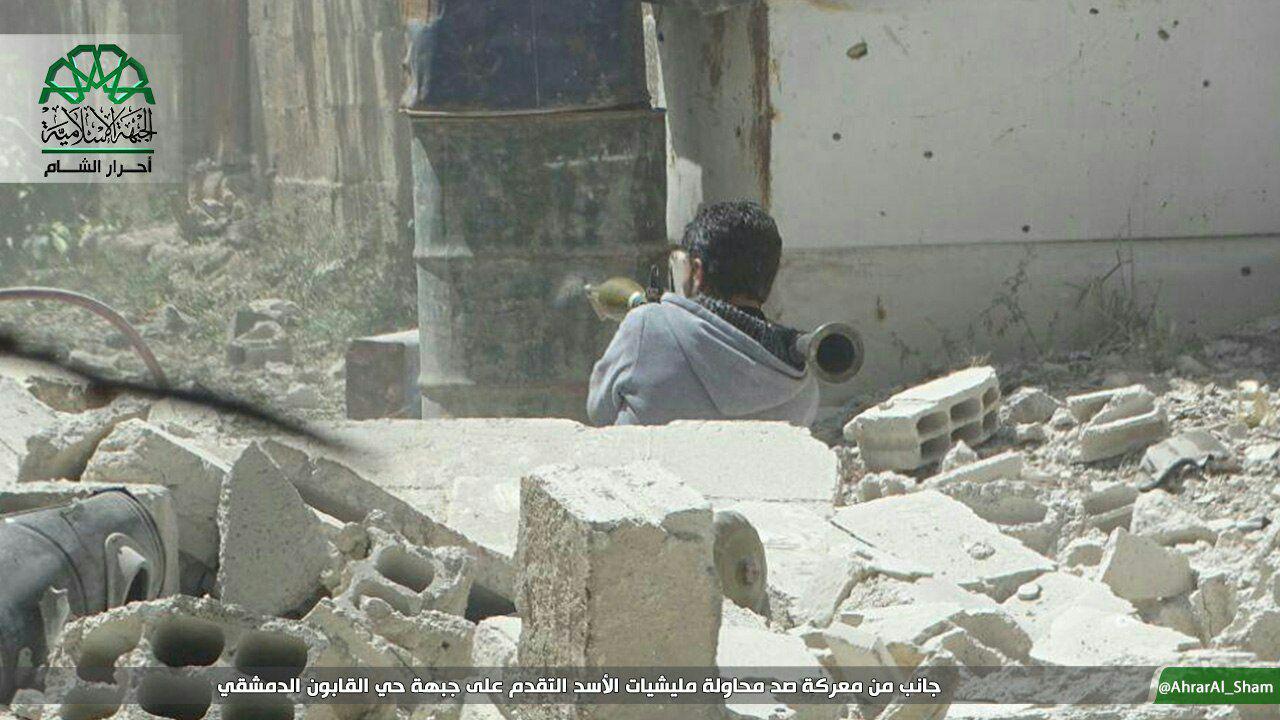 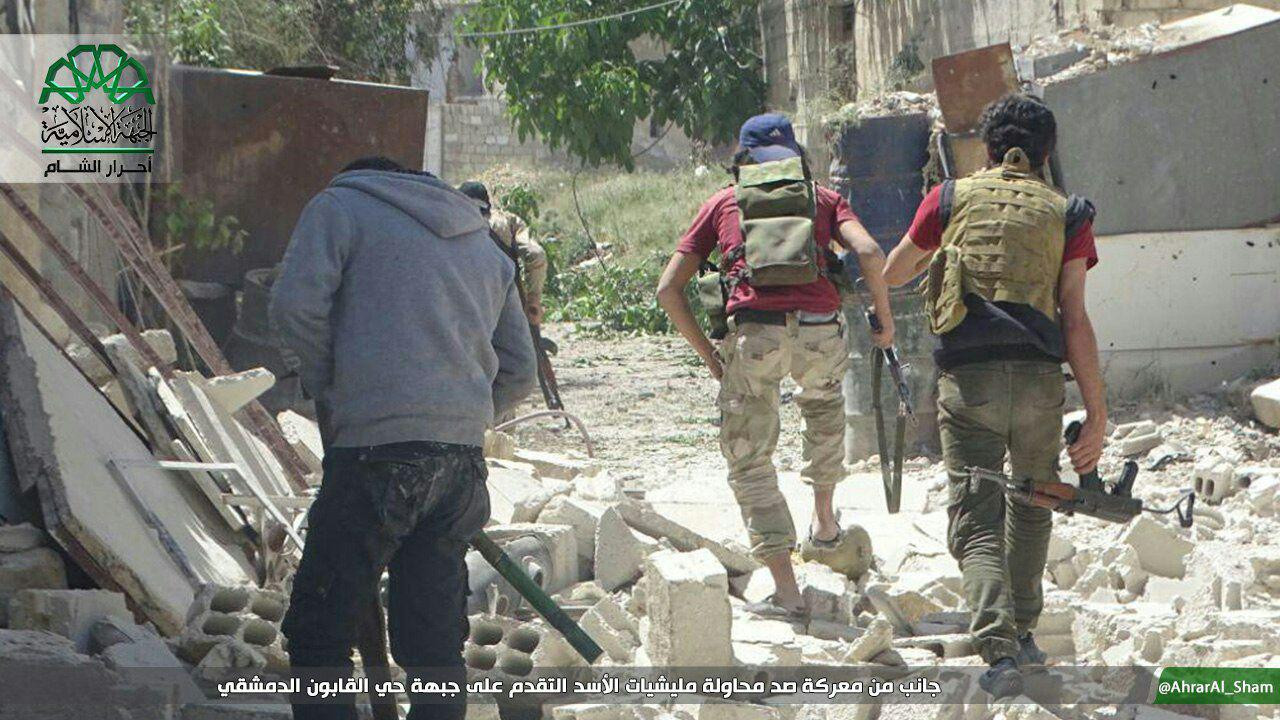 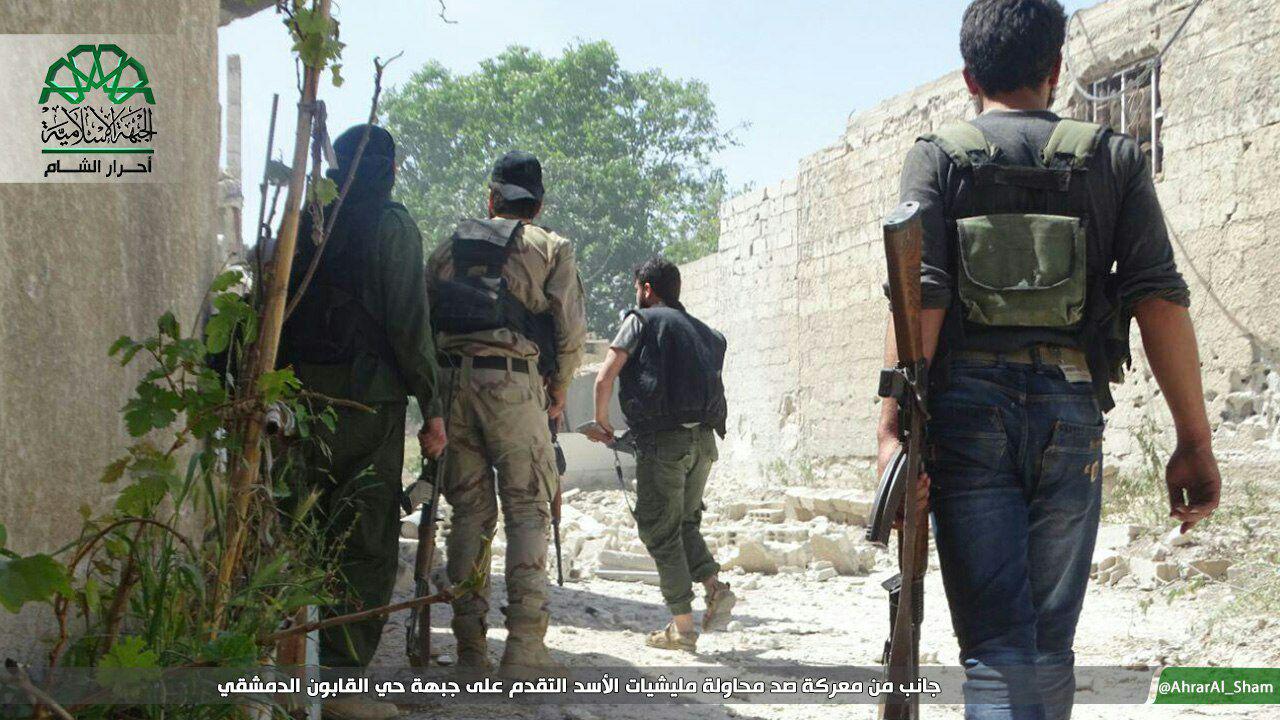 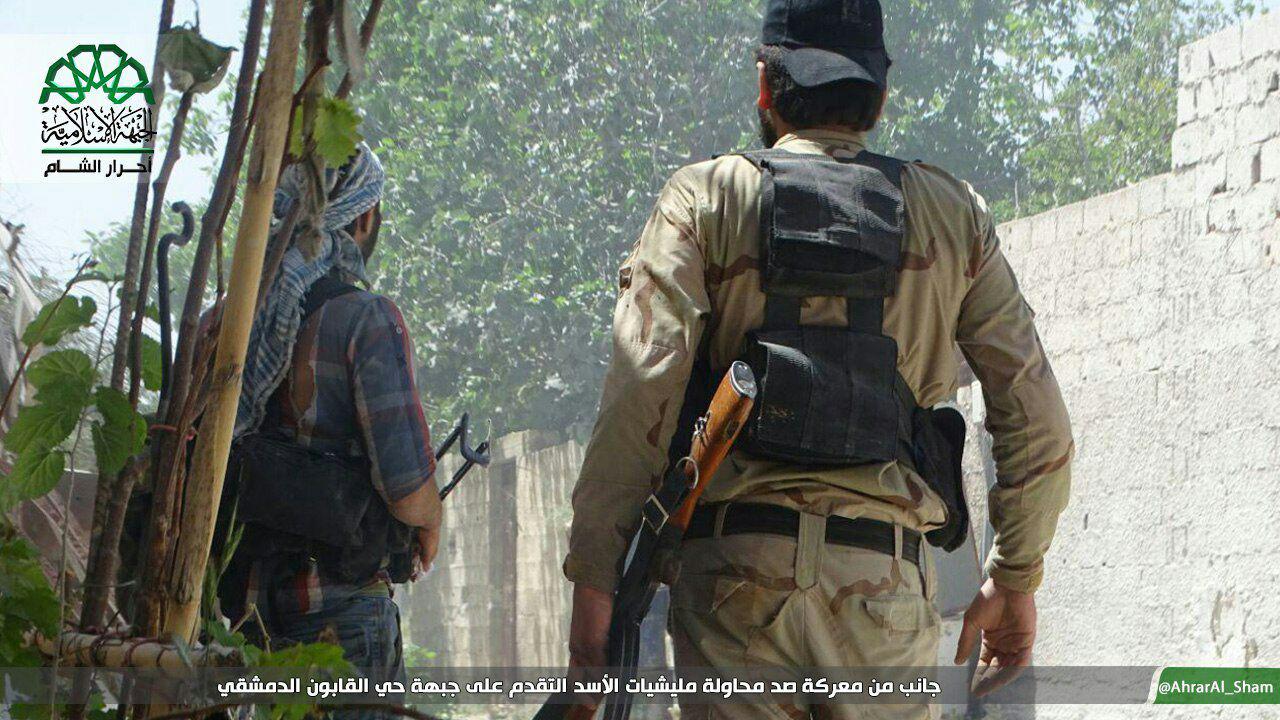 Great. Is there info/guess on how many terrorists could be in that pocket?

Once divided militants in most isolated pockets will start infighting over resources. Even with supply tunnels from Quabon pocket to larger militant controlled Johbar or Arbeento districts, once Quabon pocket split in two then more distant Teshreen and Barzah pockets will be resource deprived.

There are so many tunnels, they had seven years to tunnel.

Kill every last one of these filthy maggots…