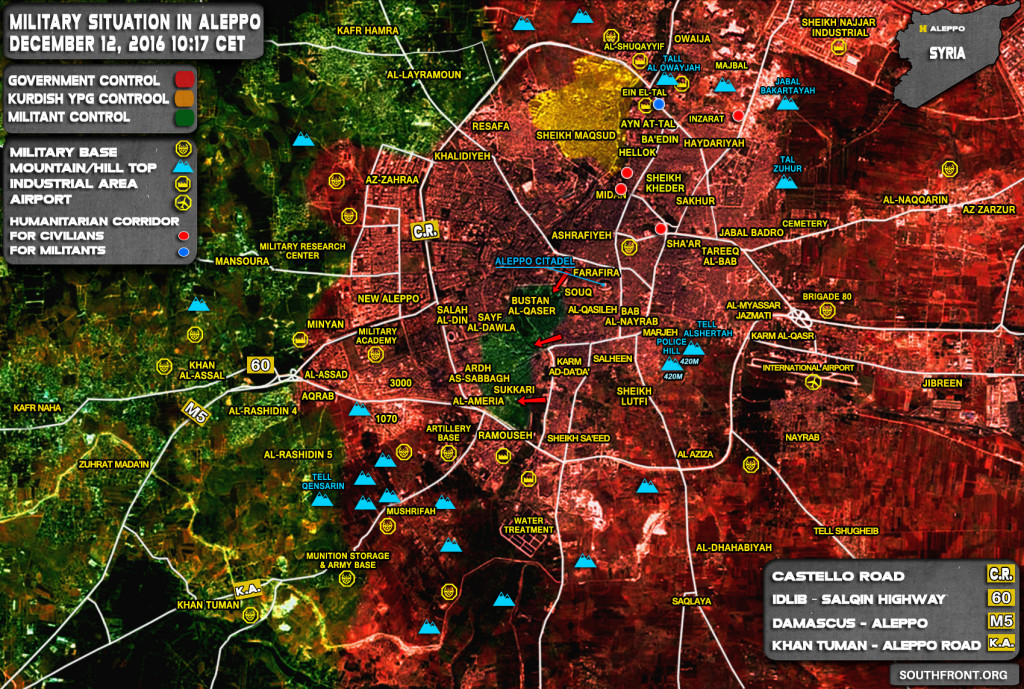 728 militants have surrendered to Syrian government forces and over 13,000 civilians have fled the militant-held part of Aleppo city in the past 24 hours, the Russian military announced on November 12.

“Within the past 24 hours, 13,346 civilians have been evacuated from the Aleppo districts that remain under the control of militants with the assistance of the Russian Center for Reconciliation of warring parties, including 5,831 children. 728 militants have laid down their arms and crossed into the Western part of the city,” spokesperson for the Russian Defense Ministry, Maj Gen Igor Konashenkov said in a statement.

Konashenkov noted that civilians were accommodated at aid centers, where they are being supplied with food and medical aid.

Meanwhile, the Syrian army and its allies are developing the advance against Jaish al-Fatah and Fatah Haleb militant coalitions in the remaining part of the so-called “eastern Aleppo pocket”.

This morning, government forces have liberated the neighborhoods of Karm Al-Dada and Fardous.

Government forces are in control of more than 95% of Aleppo city.

Within 3 days the last districts in Aleppo should be freed.

How is it possible that the terrorist do not run short of ammunition and have to surrender? Are they delivered by underground tunnels or do they have huge storage houses?