After the liberation of the Mallah Farms, the Syrian Army troops are now deployed in only 1,5 km from the militants’ last supply line to Aleppo City – the Castello road.

This poses a significant threat to Al Nusra and its allies in Aleppo. If pro-government forces are able to cut off the Castello road, the militants will be besieged in the northeastern part of the city without any supplies.

The map depicts the areas liberated by the Syrian Army in northern Aleppo. 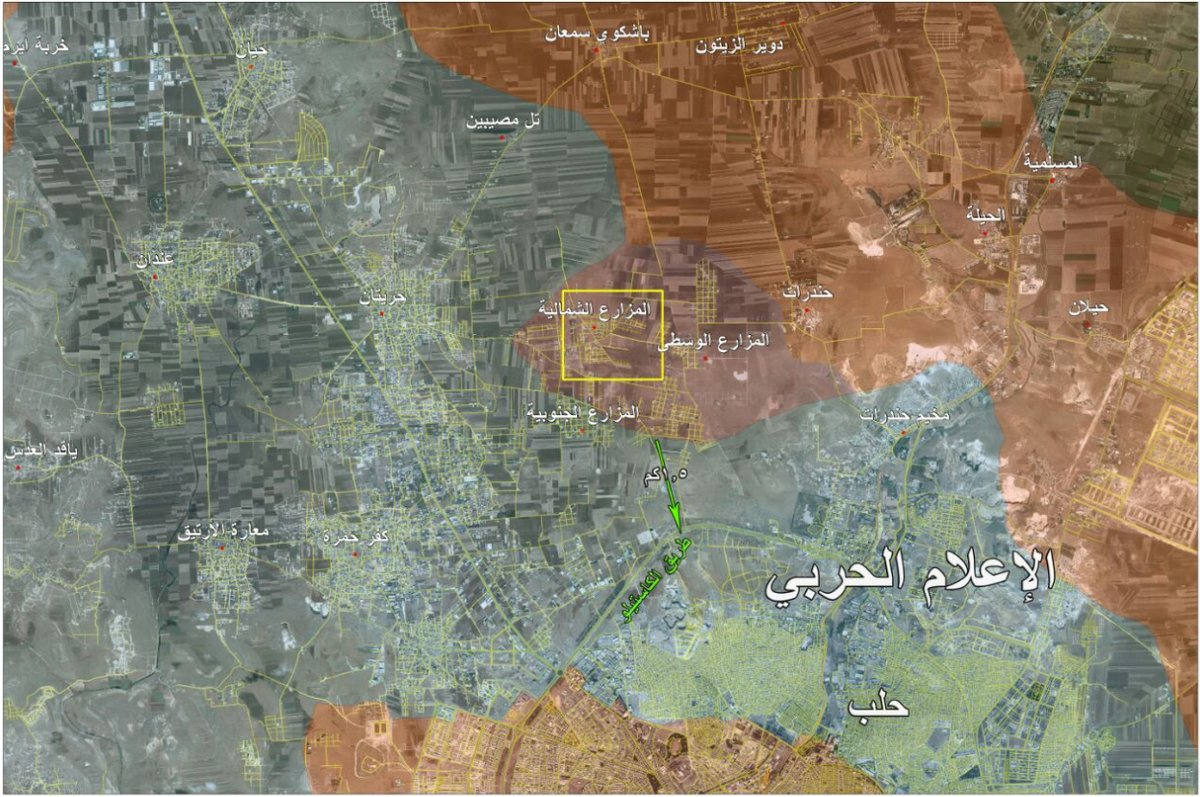 Yes! Go SAA! Cut them all off and starve them up. One by one, send them back to the hell they came from.