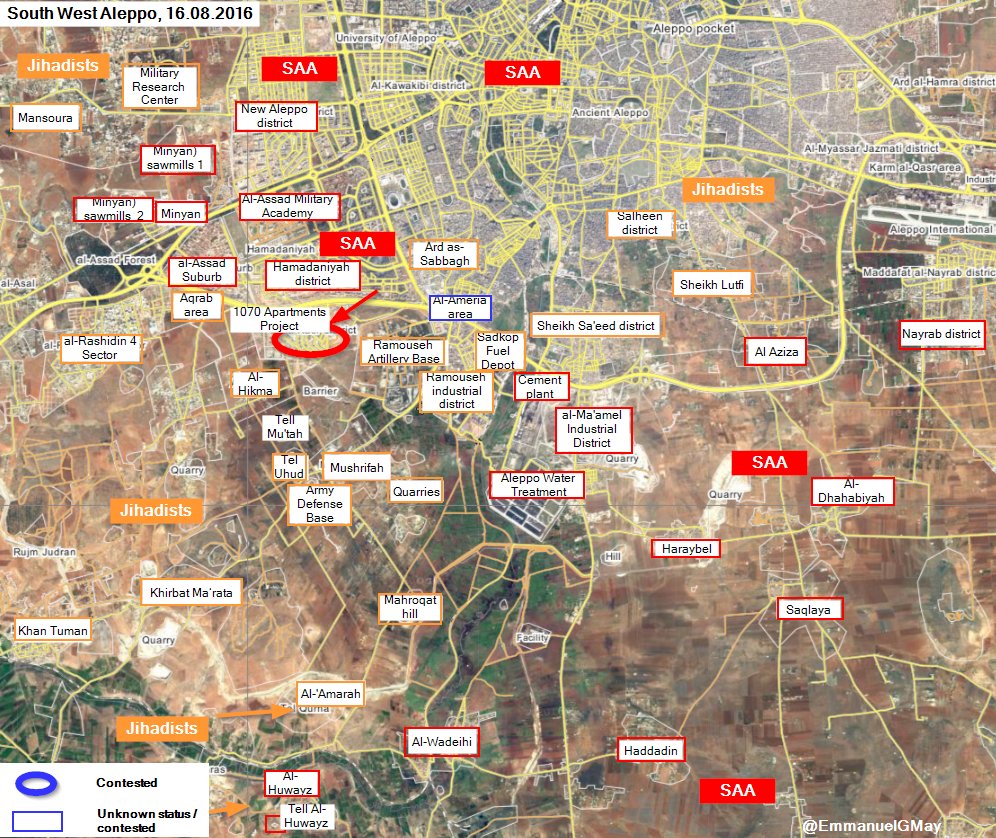 Following the successful morning advance, the Syrian army and Hezbollah, supported by the Russian Aerospace Forces, have reportedly liberated the whole area of the 1070 Apartment Project from Jaish al-Fatah militants. Now, the pro-government forces are advancing on the acandemies of the Ramouseh Artillery Base.

If this is confirmed, it could indicate the significant shift in the Aleppo stalemate. The control of the 1070 Housing Project will allow the pro-government forces’ artillery to tighten fire control of the militant corridor to eastern Aleppo and develop success in the direction of the Ramouseh Artillery Base and the Ramuseh Roundabout.

The militant controlled area of Hikma school and the Tell Mutah are also now vulnerable for the Syrian army’s attacks. If they are captured, the pro-government forces will be able to launch an operation to flank and even partly encircle the jihadists in the eastern Aleppo corridor.

Various pro-government media outlets and social media accounts say that from 30 to 50 Jaish al-Fatah militants were killed in these advances. In turn, pro-militant sources argue up to 40 memebers of the Syrian army and Hezbolalh were killed.