On Sunday, the Syrian Arab Army (SAA) and Hezbollah repelled an ISIS attack on their positions around Humaymah village in the eastern Homs countryside near the Syrian-Iraqi border, according to the Hezbollah media wing in Syria.

The video shows ISIS fighters screaming in fear, and desperately asking for help from their commanders over the radio as a tank of the SAA approaches their damaged vehicles. At the end of the video the tank fire at ISIS fighters killing them all.

I think I can live with the discomfort these human beings felt in the video, considering the club they were members of. I bet that ISIS news agency doesn’t show these videos and images in their shiny releases. Even though there are probably a whole lot more of them these days.

Nice, good to see they are getting some decent sights on those tanks capeable of low light/night use.

I hope in their last moments these Daeshbags saw in their minds the faces of the beheaded children, the murdered civilians, and Yazidi sex slaves coming back to haunt them as the hammer of justice in the form of an SAA tank coming to drag their putrid worthless, soulless corpses into the flames of Hell.

They would have! The sub-conscience is very powerful!
once the DMT released into their brains at the moment of death, they would have experienced a very bad trip living forever in what they imagine to be hell!

great video.hearing those rats in total fear as death is near. i hope the flames of hell are will torture them eternally for all the crimes they commited

I wonder if those rats are really rats or if they are forced to fight and to obey to commit a suicidal attack.

this is not a suicide attack…they re running away.furthermore…those who are forced to fight doont have weapons.they are weapons…..they make them blow themselves up.they dont trut them for anything else….

I agree that it is not a suicide attack. I meant that fighting in a desert using such obsolete vehicles is suicidal. Instead of shouting in fear those fighters would be better on to leave the vehicles, which are best targets for tanks in the desert. So I asked myself whether they are just mad or whether they fear their commanders so much, that they do not dare to disobey them.

It won’t matter much now. Only problem is those Daeshbag commanders who got airlifted by unmarked US helicopters. I hope Russia tracked those guys. 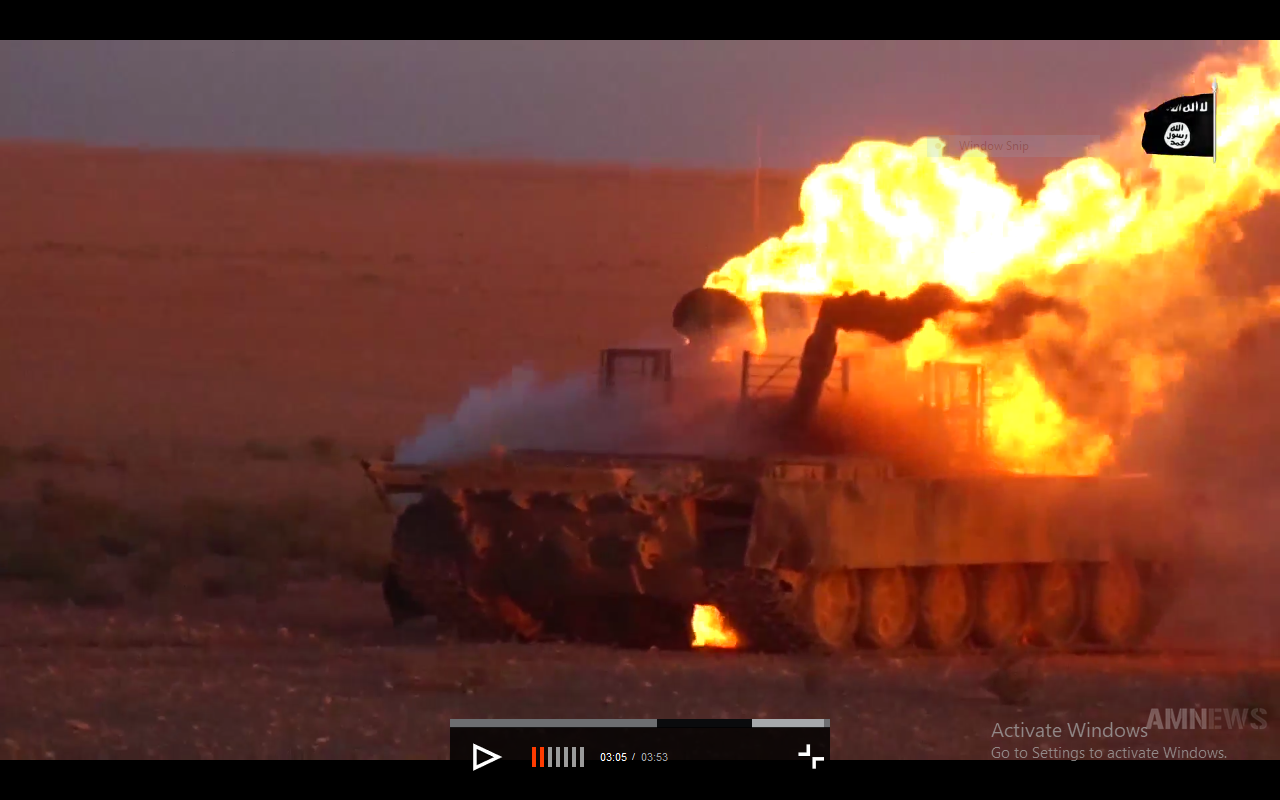 these type of vehicles are in major use in SYria. technical’s as they call them. moderated toyotas etc with armour and heavy weapons on them. even the SYrian army uses them. they are cheap and have great mobility n all terrain.

You know you’re dead when your AK melts.

Attack on on the 18th – video of aftermath of attack – https://www.almasdarnews.com/article/video-syrian-russian-forces-stop-isis-counteroffensive-south-deir-ezzor-dead-tracks/
The video guys car – 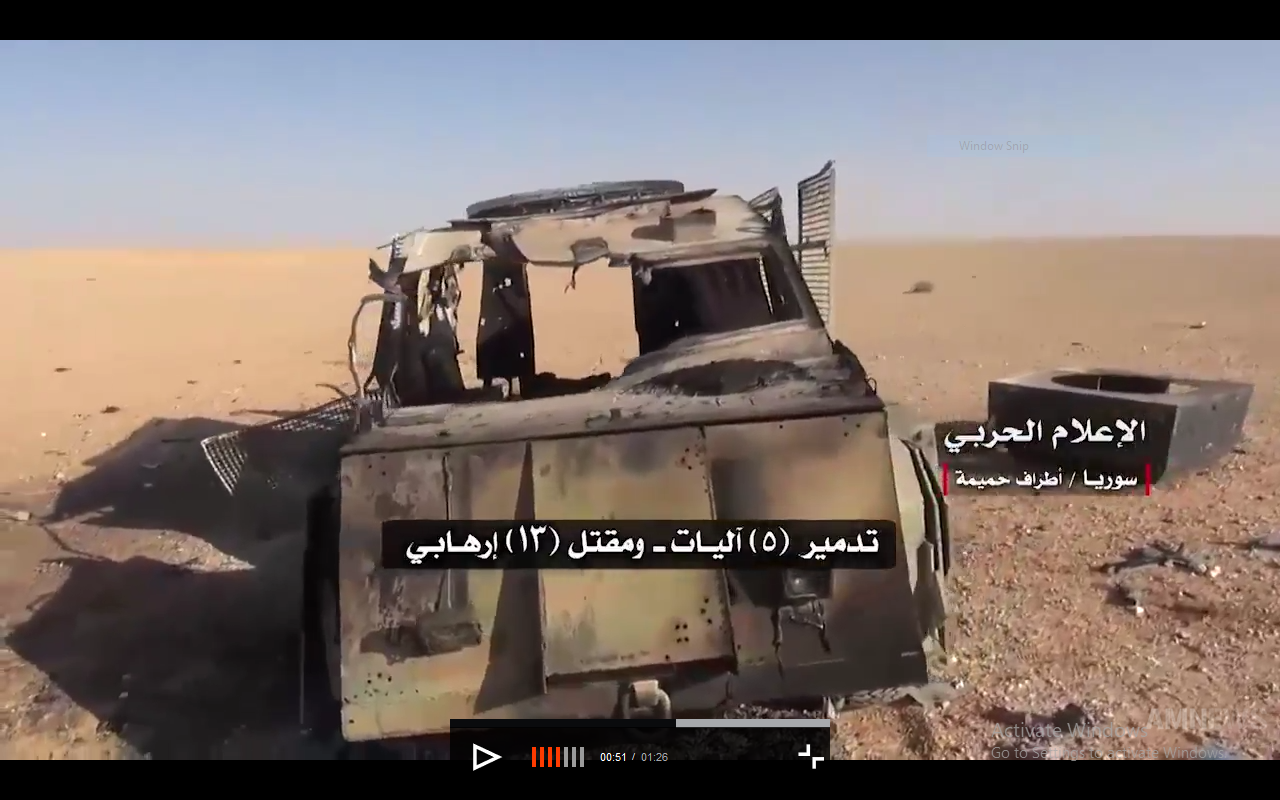 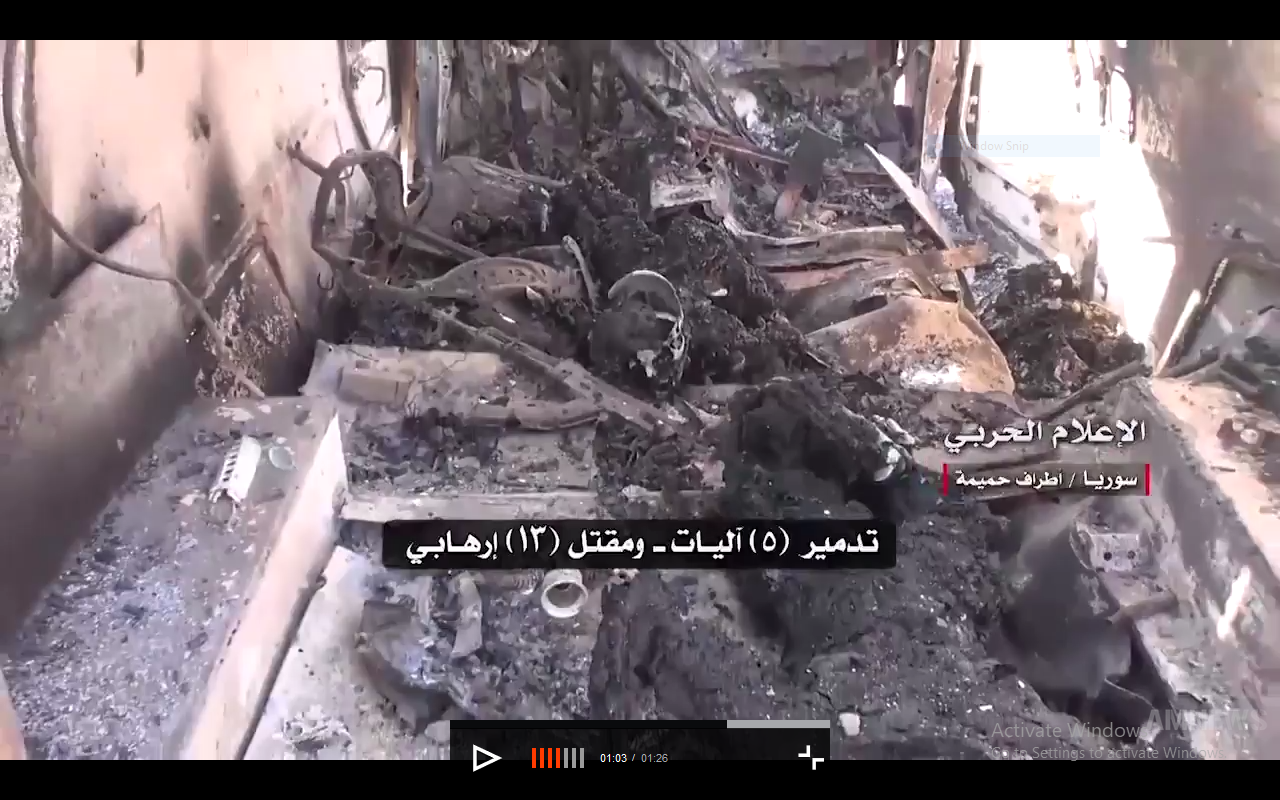 The attacks on the 13th were effective, ISIS actually made a propaganda video about it –