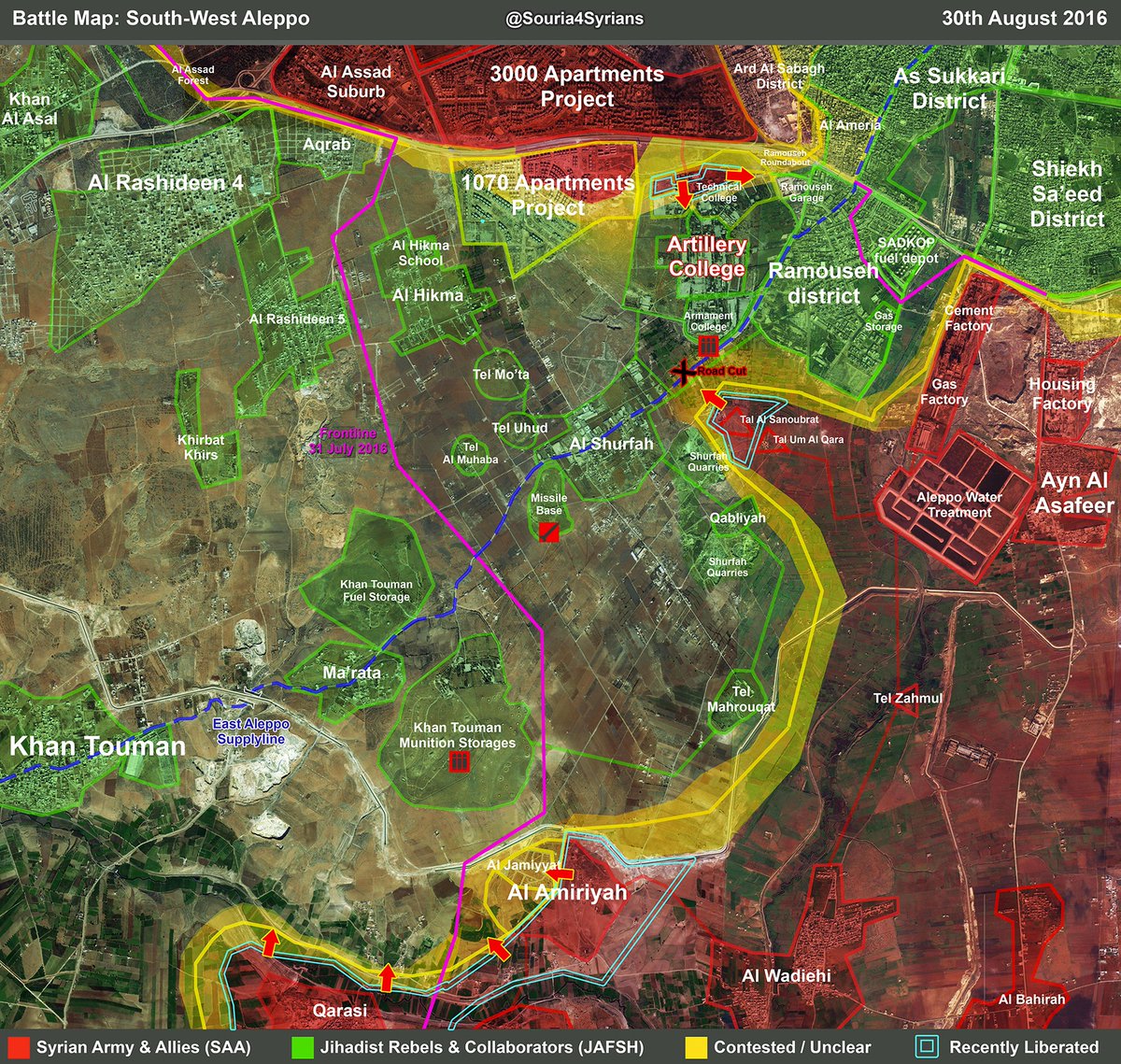 The Syrian army and its allies, supported by the Russian Aerospace Forces, have captured the village of Qarasi, about 60% of Al Amiriya and the strategic hill of Tal Al Sanoubrat, smashing the Jaish al-Fatah defenses along the road between Khan Tuman and the Ramouseh Neighborhood of Aleppo city. Now, the road is under total fire control of the  Syrian government forces and it’s epxected that it will be phisically cut off in coming days.

Recently, the Syrian army and Hezbollah have destroyed some 20 militant vehicles heading to the Ramouseh Neighborhood with supplies and amunition. According to unconfirmed reports (there are no confirmed reprots, for sure), the recent clashes resulted in deads of about 50 pro-government fighters and up to 100 militants. An imporant role in the militant casualties played the Russian Aerospace Forces.

Separately, in southwestern Aleppo, the Syrian army has liberated Souq al-Jibs. This success allows the pro-government forces to pose an additional threat to militants in the northern part of the 1070 Apartment Project. 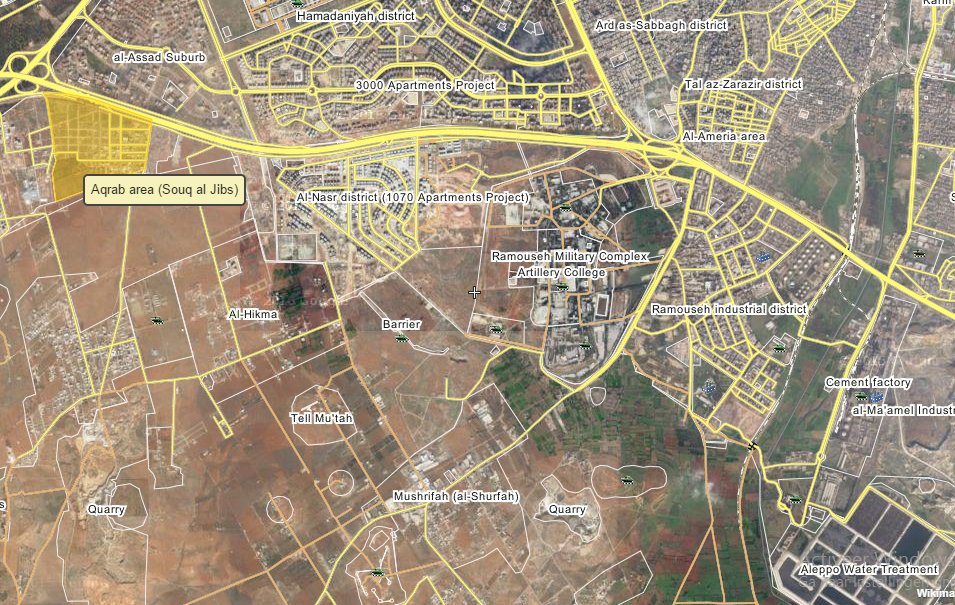 In general, the situation in Aleppo city can be described as a strategic success of the pro-government forces. If there are no significant failures, the Syrian army and its allies will be able to cut off the vestiges of supplies from militant forces in the area and finish the encirclement of the city again.

How is the SAA still able to make these advances despite the superior numbers of the militants and their abundance of TOW missiles and other anti-tank weapons?

Because air support is a force multiplier.

SAA tactics are different than FSA. And it is mostly infantry combat, anti tank misiles are not critical. Close support units such as mortars and artillery, used with air power has good inpact on FSA tactics. FSA relies on massed numbers for holding positions. to be able to apply this tactic efficiently they need also good support units, which they lack obviously.

As well 150 Russian soldiers joined the battle officially as advisors

Beginning to look like the terrorist offensive that started at the beginning of August was a case of flies conquering more fly paper, but SAA really needs to re-establish a supply route through the area as well.

True, With a perimeter it’s a better supply road than Castello one