The Syrian army and the National Defense Forces (NDF) have further expanded a buffer zone near the strategic Tiyas Airbase in the province of Homs.

Government troops have recaptured from ISIS two hills north of the Tiyas Airbase and advanced on ISIS positions near the Jiah field where clashes are now ongoing.

Yesterday, the army and the NDF retook control of the village of Bir al-Fawirah.

Pro-government sources say that the villages of Bayt Jarbu Alazw and Qasr Al-Hayr will become a next target of the government advace soon. 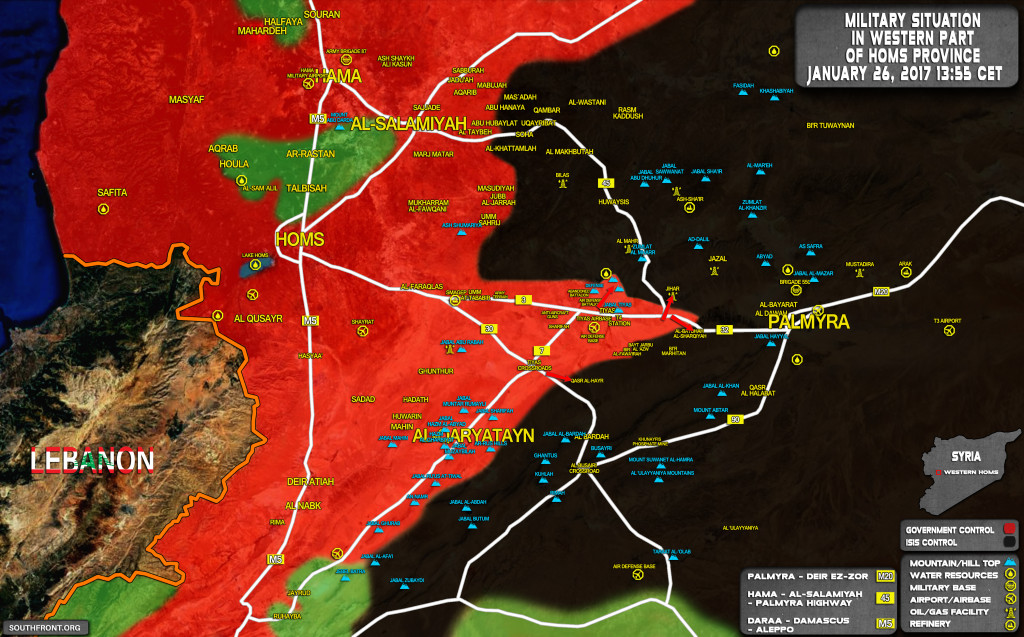 Well, well, well Safe zones presented by a fruit cake, that’s the Full Fruit Loop coming from the bent part of the World, it doesn’t get any crazier.