The Syrian army, supported by the Russian Aerospace Forces, continued its operation against ISIS terrorists in the province of Aleppo.

Government forces have been advancing against the terrorist group east of the Kuweires Airbase, in the direction of Deir Hafer.

Government forces have entered the villages of Rasm Al-Hermel and Humaymah Al-Kabeera. Some sources even indicate that the villages were liberated, but this has to be confirmed.

The recent government forces’ advances in the area clearly show that the army and its allies are aiming to retake the key town of Deir Hafer from the terrorist group.

Deir Hafer and al-Bab remain two key strongholds of ISIS in the Syrian province of Aleppo. leave Deir Hafer and Al Bab alone, only surround Al Bab but don’t attack either. Priority should be linking up with the Kurdish front lines to create a barrier and stop further Turkish advancement. While they are trying to take Hafer, the Turks might try to squeeze between the SAA and the Kurds to head towards Raqqa. Link up with the Kurds, then encircle Hafer and let the Turks die in Al Bab.

Turkey does not have the will to advance further, they took northern Aleppo only because Daesh let them. The solders don’t want to be there.

Surround Al Bab… how? You mean create another front by attacking Turkey? Not very smart. Surrounding Deir Hafer on the other hand is vital.

The Turks would and could never squeeze between the SAA/Kurds like that, it’s a tactical and logistical nightmare. Unless they’re cross the border and hit Tal Abyad and go south from there, there’s no way they’re hitting Raqqa.

After everything is settled and Daesh goes underground, that’s when Turkey would get kicked out, weather militarily or diplomatically that’s another question.

I think Robert meant isolate ISUS at Al Bab from the south.
Looks like SAA are playing it very smart here.
They have not cut off Daesh corridor SE of the city, so ISUS does not feel compelled to withdrawal from fight with Turks/FSA.
Tigers advancing north of Deir Hafer leaves all options open.
Also it appears that this terrain is more open and not strongly defended.
There are to many active fronts for ISUS to manage. This is good news!

That large area south of the airport should be a priority but they’re leaving it for some reason.

The SAA has been rolling their offensive from the north to the south.
I expect this area will soon be taken. The right hook against Deir Hafer.

Priority should be to secure that main road that goes Aleppo-Kuweires Airbase-Deyr Hafir-Maskanah-Al Tabqah.
Everything up north is tactically irrelevant to SAA as of now. Well, at least compared to the relevance of this area. 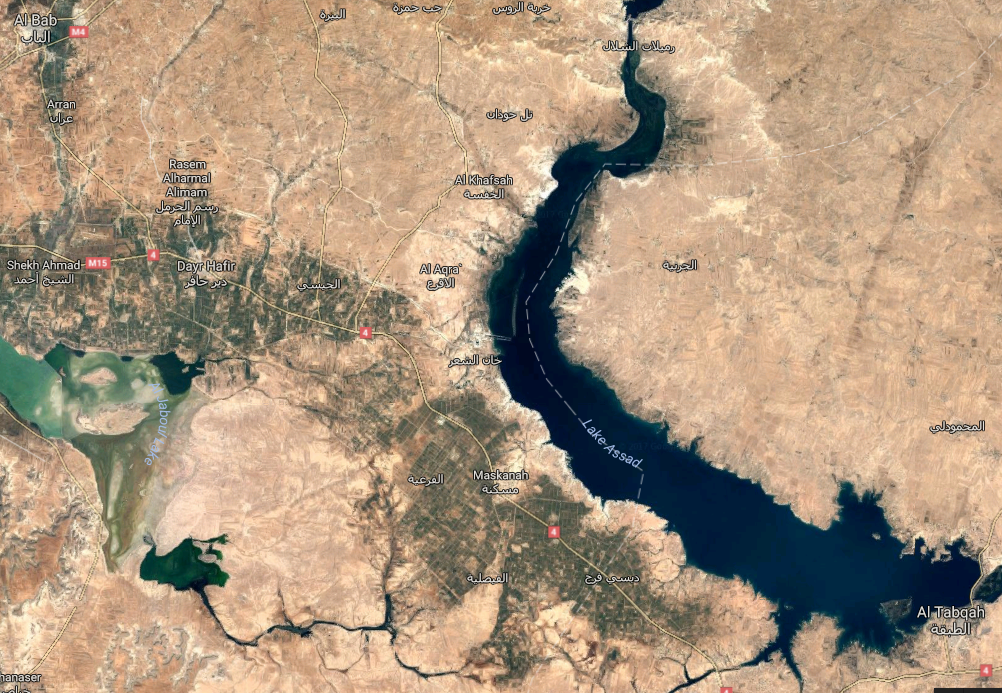 There is only one village left linking al-Bab, Tadef, Bza’ah and Qabasin to rest of Aleepo Governorate including Deir Hafer. SAA should take it and completely cut al-Bab off from other areas.

Why? As long as ISIS holds Al Bab it keeps the Turks busy. Better they are focused on Al-Bab then engaging in mischief elsewhere.

Actually it will serve the purpose of blocking Turkish advance into East Aleppo Governorate. ISIL controlled villages near Manbij are the only place where Turks can advance without engaging in conflict with SAA and SDF. Even if they try to take Manbij, Syrian Army can still prevent them going down into East Aleppo province by clearing territory in East Aleppo till the Euphrates.

By request, I will keep this short.

Erdogan convinced trump into creating safe zones for syrian refugees. He convinced trump to make saudis pay for it. He’s duping trump for permission to attack kurds. Turks no longer care about Bab.