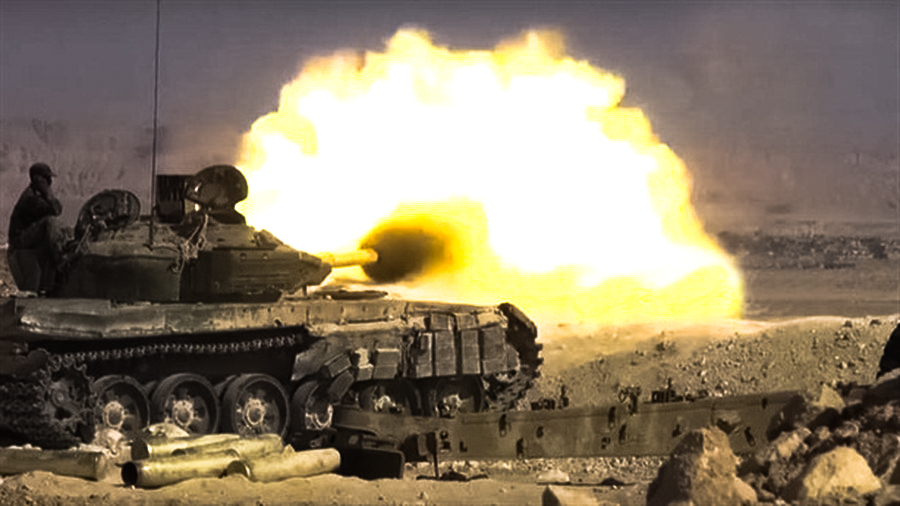 The Syrian Arab Army (SAA) has foiled an attack by ISIS cells near the ancient city of Palmyra in the eastern Homs countryside, the al-Masdar pro-government news blog reported on May 30.

According to the blog, ISIS fighters attempted to ambush a convoy of SAA east of Palmyra. However, the army scouts spotted the terrorists before they could carry out the ambush and targeted them.

“The SAA managed to kill several of the Islamic State attackers before the terrorists retreated to an unknown location in the Badiya Al-Sham region of eastern Homs,” Al-Masdar’s report reads.

The failed attack was likely launched from the Homs desert, a vast region between western Deir Ezzor and eastern Homs. Hundreds of ISIS fighters and senior commanders are reportedly hiding there.

Earlier this year, ISIS cells carried out a series of successful hit and run attacks on the SAA in eastern Homs, killing, injuring or capturing dozens of soldiers. However, the recent deployment of large reinforcement there has improved the security situation significantly.

“The SAA managed to kill several of the Islamic State attackers before the terrorists retreated to an unknown location in the Badiya Al-Sham region of eastern Homs,” Al-Masdar’s report reads.

Right. And they didn’t go after them because….?

They were part of an convoy, scouts of that convoy.

No planes overhead or nearby? Or drones? Have they even heard of aereal surveillance?

Sorry, you will have to either use english, Dutch, german or french. My Portugese is insufficient for your comment.

There is big black spot on this desert. I just wonder, Why in the world hasn’t SAA done anything to get rid of this spot. Any excuse to me is just stupid.

If one does not have those, or set other priorities, IS will be cropping up again and again. SDF had the same problem and has just executed a large search and destroy action in their desert, netting them dozens of IS.

This war has made SAA forces strong and battlefield compliant.Their have create amazing military chameleon eye for any eventualities.Put up more dummy air defences to to confuse and put real combat air defences in Quneitra and Lebanon accompanied by dummy air defences.