On October 8, the Syrian Arab Army (SAA) eliminated a commander of Turkish-backed militants in the northwestern region of Greater Idlib.

Opposition sources said the commander, Nowruz al-Hamdo, was killed in a rocket strike by the army on his hometown, Kansafra in the southern countryside of Idlib. Members of al-Hamdo’s family were reportedly injured in the strike.

Al-Hamdo, who is known by his nom de guerre “Abu Haidara,” was a senior military commander of the Mountain Hawks Brigade.

The faction is a part of the National Front for Liberation, a Turkish-backed coalition based in Greater Idlib. The coalition is allied to Hay’at Tahrir al-Sham and many other al-Qaeda-affiliated groups in the framework of the al-Fateh al-Mubeen Operations Room. 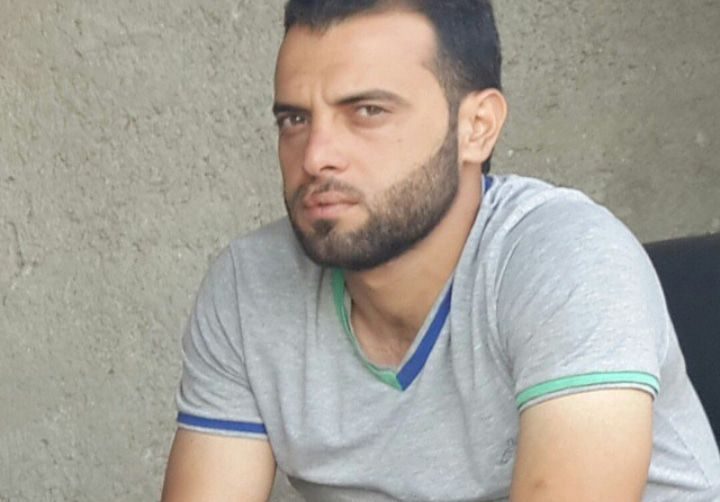 The elimination of al-Hamdo is a blow to Turkish-backed factions in Greater Idlib and a response to their violations of the March 5 Russian-Turkish agreement.

The situation in Greater Idlib is stable. However, this may change soon as Turkey is failing to honor its commitments under the March 5 agreement, under which all terrorists should be removed from the region.

Ohhh the bastard is dead

Calling this hooligan a high-ranking commander is as far from the truth as one can ever say.

He kind of resembles the turd my dog shat out this morning!

They should have wiped the rats family out,rest in piss asshole.

On the 5th oct the NFL [Turkish moderate opposition] and the SAA duked it out with artillery strikes and both sides lost soldiers, 4 from the Russian backed 25th division and at least 1 NFL fighter. On the 7th the SNA attacked the SAA with artillery and elephant rockets with no casualties reported, but the NFL [Turkish moderate opposition] also attacked the Russian backed 25th division at Kafr Nabl/Kafranbel, and claimed there were casualties amongst the Russian forces that were also stationed there. The SAA then started an artillery bombardment against the NFL located at Kansafra and escalated their attacks the next day. On the 8th the Russians got their revenge, 1 moderate opposition commander killed.

The so called Turkish backed moderate opposition forces that are legitimized by the Russian/Turkish backed Astana agreements, the SNA, NFL, FSA, and SLF, are always the groups that are continuously attacking the SAA and Russia. They keep breaking the ceasefire agreement despite the fact the Russians and Turks want to stop the hostilities, and yet HTS the designated terrorists according to the Astana agreements, just happily sit back and watch the SAA and moderate opposition duke it out, and instead of helping their NFL allies as you may assume they would or should be, they’re out and about busily arresting or assassinating any Turkish backed moderate opposition forces that they don’t like operating in their territory. The moderate oppositions political arm keeps saying they want to speed up the political process and they blame Assad for the delays, but the moderate oppositions military arm do everything they can to delay the process, so who gets the blame for that, Erdogan does, but does he suffer any consequences for it, NO, he just blames Assad for everything and then Putin gives Erdogan just one more chance. But one more chance must mean something else to Putin, something more like ‘it’s ok mate, you just keep trying until you get it right, and don’t worry there’s no hurry, you just keep going until you’ve got it all worked out perfectly and everything’s exactly the way you want it to be’.

What are you babbling about?

Irony, something the old Soviet Russians and pro Russian supporters understood very well, and so does Assad. Old Soviet Russia would have made the same agreements Putin has made but they would’ve stopped at agreement number 2, not gone on to number 3 to 16, the terrorists and moderate opposition would’ve been bombed altogether after agreement number 2 failed. I really miss pre Yeltsin era Soviet Russia/union, especially under Gorbachev.

Things beyond your comprehension.

Rest in pieces. Send these pieces to Erdogan.

it’s “Send these pieces of sh*t to erDOGan!”… there… fixed it!

May this babykiller CIAisis operator rest in pieces.