On August 31, the Syrian Arab Army (SAA) discovered a large ammo depot, which had been left behind by Hay’at Tahrir al-Sham (HTS) militants, in the town of Jubata al-Khashab in the governorate of al-Quneitra during a search operation, according to the Syrian Arab News Agency (SANA).

Furthermore, the SAA uncovered several medical points of militants along the separation line with the occupied Golan Heights, according to the SANA’s reporter in al-Quneitra. Tons of Israeli-made medical supplies were found inside these points.

The SAA imposed control of opposition-held areas in southern Syria two months ago after a successful military operation that led to a reconciliation agreement. The militants who rejected the agreement were forced to withdraw towards the northern part of the country.

I posted this on AlMasdarNews

The ‘ t’ gangs stock control is rather unique AL. Perhaps they should outsource that to Amazon ?

What on earth is contentious about that post ? It seems that US Libtard censors control the comments section on Al Masdar now.

That post has a lot of contentious material in it Florian.
Especially the smiley face at end. :)

Ah, I understand now. Thank you for pointing out :)

why, didn’t they have always controlled it (they or their direct superiors)?

Al Masdar has always had problems with Comments Sections as they employ Zionist lovers. Al Masdar did try another provider a few months ago but the system was very old fashioned and clunky. They then bought on the Zio clowns.

perhaps you are correct, i can’t really say, but the amount of cryptozionism on al-masdar had increased much the last times i checked it.

This one’s a no brainer; you criticised (blasphemed against?) an American company with deep state ownership using intellectual comedy.

Heresy is my mission Bobby :)

Yes, quite. Have you thought of obummer-face?

Barrel bombs – sometimes filled with chlorine – are the biggest killer of civilians in Syria today. Our unarmed and neutral rescue workers have saved more than 114,431 people from the attacks in Syria, but there are many we cannot reach. There are children trapped in rubble we cannot hear. For them, the UN Security Council must follow through on its demand to stop the barrel bombs, by introducing a ‘no-fly zone’ if necessary. – Mohamed Saleh, head of the White Helmets, the Syrian Civil Defence.

Barrel bombs, bullets, grenades, missiles … they will all rain down on you soon. The end of fake civil defence (= terrorist propaganda) is near and 99.9% of Southfront readers rejoice. Your Zio & Wahhabi friends won’t help. Long live Assad, the Syrian Army and the good Syrian people! 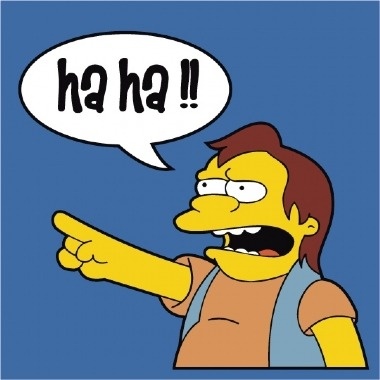 Cor, blimey, you expect anyone to believe that BS?
Ask Santa for a brain, and a conscience this Christmas:
‘Santa Claus, North Pole, Canada HOH OHO’

It’s so over the top how do you expect people to believe your tripe? C’mon! get a grip.

You may have no honour or scruples but you’ve got some balls posting your lies here.

Wow.
At this rate, the Jihadi ‘supporters’ will have supplied, indirectly of course, enough arms and ammo to set up a decent SAA regiment. When the Idlib Offensive gets rolling, it will be scant comfort to the Takfiris to know that they are being shot at by their own equipment!
Syria was a multi confessional state, even with it’s internal drawbacks, before the ‘Regime Change’ attempt. It will be so again. After Idlib, the East.
The Tortoise is winning this race.