On January 4, the Syrian Arab Army (SAA) and the Tiger Forces, backed up by the Russian Aerospace Forces, captured the villages of Rsm al-Abid, al-Fhail, Rubaida, Msheirfeh, al-Qasr al-Abyad, Rabeeah Musa, Haqiyah and Umm Rjaim Hill in the southeastern Idlib countryside according to the Hezbollah media wing in Syria. Other FSA groups, and HTS didn’t report any operations against the SAA in northern Hama or southern Idlib. This confirms that the defense lines of these groups have fully collapsed.

The SAA and the Tiger Forces will likely reach the town of Sinjar sooon. Later, the SAA might launch another attack towards Abu Duhur from its positions west of Khanasir town in the southern Aleppo countryside.

Yes SAA has momentum on 1 front in Idlib. people are saying SAA this or tigers that but that is not true. It’s the Iraqi national army who entered from Abu Kamal few months ago.

They have mobilized 80k for the offense in Idlib. HTS and the other rebels have a huge opportunity to kill 90% of the entire Iraqi army inside Idlib and this is what is going to happen.

They are only being sucked to meet a d-day down the line.

90% of the Entire national army of Iraq could perish in Syria. The war in Syria is just a bloodier and 10-times dengerous then the war in Iraq and also the fatality is higher.

What nonsense you are spewing again.90 percent of the Iraqi army mobilized for Idlib – do you really believe this.And 90 percentage of it could perish in Syria – what is this.Are you paid to do this or you are just stupid person.

Then tell me where is the 80k reinforcement comes from in this already 7 year-war. I tell you where when the Iraqi army open Mosul the battle there ended. Once the SAA opened Abu Kamal and the IRAQI army Qaim they meet. Then Abadi’s boys entered from Abu Kamal numbering not less then 100.000 or even more.

This proves the surplus in the forces. The Rebels are gamed enough to take them out entirely which will come with a huge cost on the other side also. The rebels don’t really care who they fight at this point.

Because we heard the Russians themselves had nearly 50k in recent reports. Everybody is basically fighting the rebels

they came from israhell. happy?

Mountains, the report was that 48000 Russian had been deployed and rotated to Syria since the Autumn of 2015. That’s about 27 months. We do know that Russian service personnel are rotated regularly so as to gain real combat training for as many as possible.

You can’t reason with an idiot like Porky he is rather stuck in his deficient ways of comprehension , Russians are expanding military bases with more units at them and he gets all worked about legal bases than illegal bases. Troop rotations are standard , the US maintains bases that are under utilized and empty half the time.

I hope for Mountains sake that he is not as illiterate of world affairs as he shows himself to be :)

@terra_cotta_woolpuller:disqus
His material is just so far out there, I don’t know what to think of Porky.
Except this: 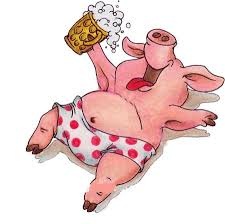 They came from the graduating classes back in November and earlier in SDF held areas conscription his held at the point of a gun. There are many units in these groups many forces are these elite Tiger Forces They have so many elite units now Porky it makes your poor head spin and ache , so blee bblleeeee that’s all folks !, Porky’s mind has gone Nucking Futz!!!

50 K Russians – impressive , heard they are “Special” , you say 80 K Iraqi , well both are hard to believe . What is certain , those “moderate rebels” , are done . They may be the officer corps for ISIS , or maybe just the CIA favorites , but their days are numbered . “The Rebels are gamed enough “, they have been gamed, ISIS is gone , they are the end game .

You have a silly imagination.

This is not an Imagination? there is rumours of 80k mobilized forces for Idlib. The question is where do they come from. They just don’t fall from the sky all of sudden. Your answer is Qaim and Iraq.

For a start the russians are training and equiping large numbers of troop with a real fast turn around,also as the saa take back land hand over fist there is a constant supply of shi jumpers and local tribemen who give alegiance to whichever faction is in ascendence at any one time in their area, dont know about no 80.000 of these fighters but they are in a constant state of flux so can be misleading, but 90% of the iraqi army???? So who is making sure the isis forces still in iraq and also the kurds who are smarting after getting their ass run out of town, who is keeping eye on that lot?10%???? Oh and minding border,etc etc ??? If you had said 10.000 pmu had broken off and joined up with saa/hezbolla to stomp some jihadi monkeys in idlib or whatever i may have tried to see what i could find about it but as is its farcial.

Have you been drinking again Mountains ? Or smoking dope ?

Anyway, what evidence can you provide to support your claim that 90% or the entire Iraqi army are now in Syria on their way to Idlib ?

Your head must seriously be in the mountains!!! Where the hell did that pearl of wisdom come from? What an absolute pile of poo!!

Porky;
Are you drunk again or just delusional ?
The Iraqi army is not allowed by their govt to cross the Syrian border for political reasons.
GO TIGERS GO :)

7-8 villages today captured.This area is open terrain so the jihadist forces dont have any big fortifications and this is one of the reasons why SAA is advancing with very good speed.With the rate of the advance Abu Duhur and the AB could be captured this month

This area is valuable farmland.

There are few places to defend from in the region and they withdrew from Sheikh Baraka south of Sinjar town already.

On AMN https://mobile.almasdarnews.com/article/exclusive-syrian-armys-4th-division-forces-redeploy-damascus-major-offensive/. A bit awkward sending a mechanized division from the open Idlib plains to the built-up areas of the capital.

The real reason why these villages fell is because of the treachery of HTS leader Golani in not allowing TSK to setup observation posts in Hama to counter the Regime according to a Turkish Journalist @meteyarar and a political chief for Liwa al Mutasim. Lol, this is too funny the Turks are allied with these terrorist groups and proven beyond doubt now.

The SAA is advancing to Jarjnaz and are 12km from it and 19-23 km from Abu Duhur now , roll on SAA and Tiger forces!!

lmao in that TOW video they blew up some dirt :D

Slay without pity, triumph without remorse. You are Assad’s legion, his favorite warriors. You will bring defeat and death to his enemies. You shall crush their caliphate under your heel. To battle! Let blood flow in his name!

They are currently shelling the Sinjar Town from a few positions around it , and seem to be catching them not warned by their Turkish ally.

You are so poetic today Gabriel !
Onward to Al Duhur :)

Newsflash Major Jamil al Saleh the Leader of the Militant Group Jaysh al Izza Has asked all rebels to defect from all groups that follow Foreign agendas and execute the orders of the blood sellers. This stuff can’t be made up ,LMAO!!

Heard that HTS had called for help from other Jihadist groups, this is a good sign.
Here is the latest map from AMN, PetoLucem maps are the best !
https://www.almasdarnews.com/article/syrian-army-attempts-break-jihadist-corridor-southern-idlib-map/

Petolucem also posts his maps to his twitter account too. While another leader has called the rebels to help as he is very afraid of being captured or killed.