Following a successfull advance aimed at expanding the government-held corridor to Deir Ezzor city, the Syrian Arab Army (SAA), Liwa al-Quds and other pro-government factions pushed towards the ISIS-held village of Ayyash located northwest of the city.

According to pro-government sources, the goal of this push is to take control over Ayyash and to prepare for a wider effort to secure the entire northwestern flank of Deir Ezzor.

An intense fighting is now ongoing between the SAA and ISIS south of the village. Awesome, SAA just captured Shoula as well so the main drag into Deir Ezzor will be open soon.

If they can take Thardar mountain the two halves of the city will be rejoined.

It’s probably their next target. I can’t imagine that the SAA and the Russians would not consider safeguarding the Deir Ezzor airport and use it as a forward operating base ASAP.

They need to use in this instance some FOABs and hit their bunker command centers.

Hell yes!
Scare the loving shit out of them!

The operation will be most interesting!

Not according to AMN. They have reached Shoula but haven’t taken it. https://www.almasdarnews.com/article/syrian-army-prepares-storm-last-isil-stronghold-deir-ezzor-highway/

Now AMN (and Southfront) say it is taken.

Looks like the eastern besieged position of Deir Ezzor is linked up as well, a narrow corridor along the road.

Where are Muslims in the world there they are in trouble for example Burma, Kashmir, Afghanistan, Iraq, Syria, Palestine, Libya, Nigeria etc.

Thanks for the sarcasm not many would get it as most of the burning is forest fires in Myanmar and the Rohingya are getting help from the Amran Golden Militia which has been burning homes of locals Buddhists and Hindus. Many are fleeing huge fires in that country.

The Rohingya are the minority in the region and are trying to move in more Muslim Rohingya from the other side of the border to take control of Myanmar through terrorism attacks on civilians at times calling them Government troops.

This is another US sponsored terrorist group,funded and supported by the CIA to establish a US military base. The Commonwealth should step in and help before the US decides to barge in and establish another base in Asia.

I would only add that the Rohingya are clearly part of the Saudi originated and funded operation to spread militant salafism into as many countries as possible. In Burma they behead Buddhist monks, and when there is a backlash from the local community they shout “genocide” and the Gulf media and western media whores oblige. The tactic is now laid bare and more and more people see through it.

You pretty much have it ; a Wahhabi Imam , born in Pakistan , trained in Saudi Arabia , is the leader of the jihadist ARSA . Bangladesh is massively overpopulated , and they have spilled across the border for many years . As goingbrokes said , the jihadists create an atrocity , and then claim to be the “victim” .
One of the things the Wahhabi jihadists consistently do is erase history , especially positive history . Burmese and Thailand were not trampled by the Muslim army’s that swept through northern India and “converted” all the way south to Indonesia in the 1300’s . The Muslim army’s , had never encountered elephants used as tanks .
Thailand also has a small Muslim population on its border with Malaysia , 10 to 1 it will soon be visited by Saudi Imam’s .
The Burmese and the Thai’s have stopped them before .
This time they might be offered some Chinese help , if they are lucky .

see ; Mooon of Alabama , Sept 4/2017 , “The Rohingya of Myanmar – Pawns In An Anglo – Chinese Proxy War Fought By Saudi Jihadists”.

So what they can continue to do this to the Burmese people? 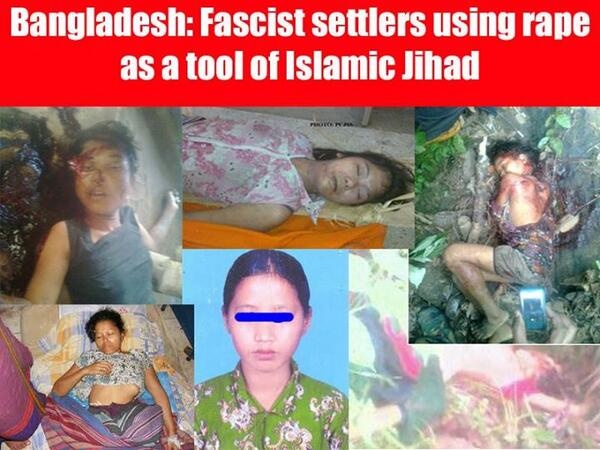 I am well and truely with the Burmese and Thai peoples on this – remove or erradicate this invasive species! 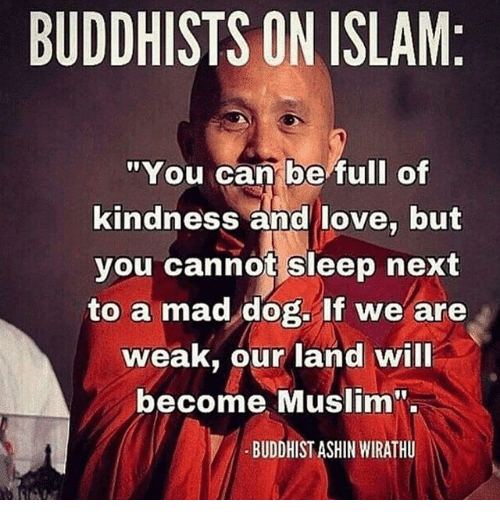 Good and bad people are exist in each community in each country and then there is a law that if a person is founded guilty then only he should be punished for his crime and not the whole community whether what religion he follows and punish him by legal method and not by hostile burning procedure to burn him alive.

Those people that do crimes definitely there is some motives behind the scene for example mental health, depression, anxiety etc.

We will hope that some monks learned the art of the sword from the Japanese .

yes this is good, secure that area completely