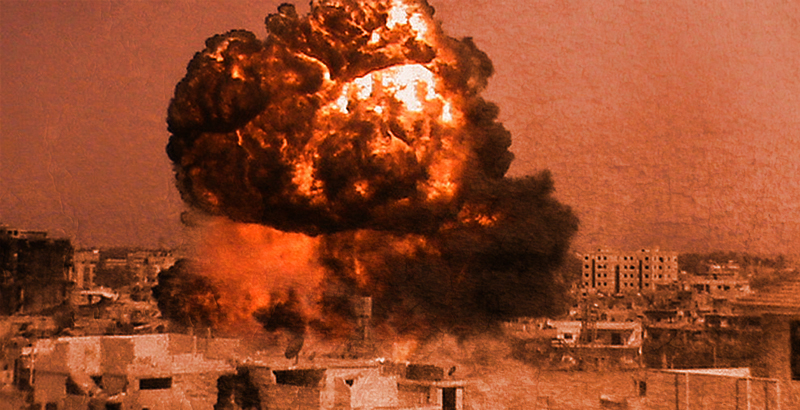 The Syrian army has destroyed an Al Nusra command center in the al-Zahraa neighborhood of Aleppo, Sputniknews reported on July 26, citing anonymous sources.

According to the report, the fighting was reported northwest of the Great Prophet mosque and “dozens of militants” were killed.

Clashes increased in and near the city of Aleppo on July 26 after the Syrian army gained more areas at the Castello Highway, tightening the siege on east Aleppo.

Every one in western media seems to be so pained at this loss for nusra. Some even suggesting that it was a tactical nuke …………… Whatever it may be , the main thing is that it obliterated many head chopper scums. Well done SAA