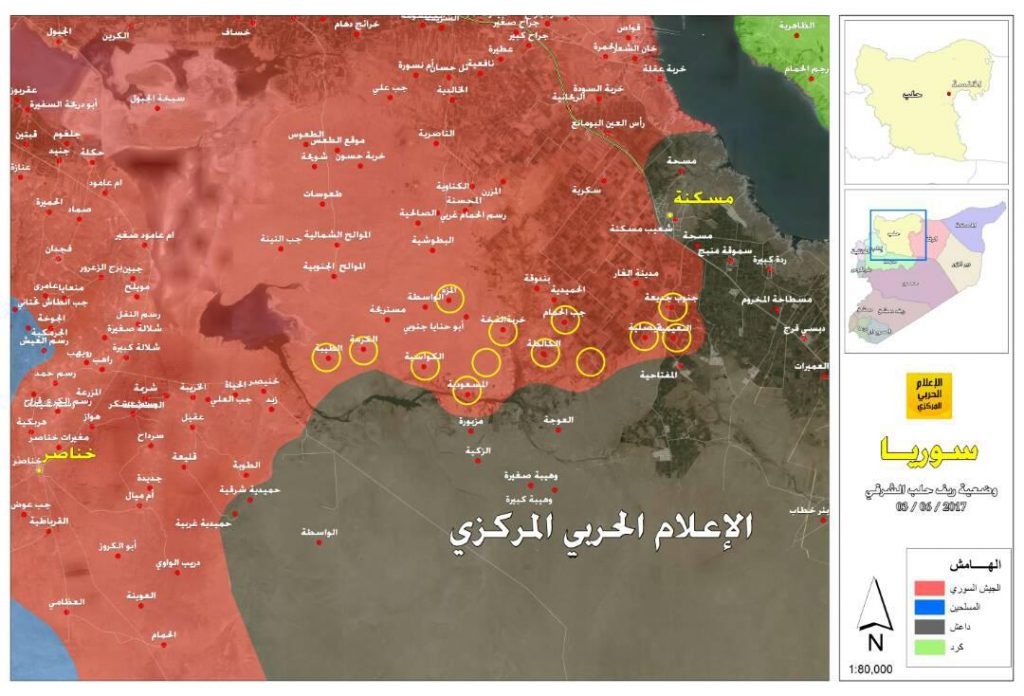 The Syrian Arab Army (SAA), led by the Tiger Forces, has liberated the water pumping station northeast of the strategic ISIS-held town of Maskana in the province of Aleppo. The SAA has also liberated Smomia village west Maskana.

Yesterday, the SAA managed to cut off the Maskana-Tabqah road, and besieged the remaining ISIS militants in the town of Maskana.

Moreover, according to unconfirmed reports, SAA managed to capture the northeastern and middle parts of the Tuaheina mountain range east of Khansir Road. 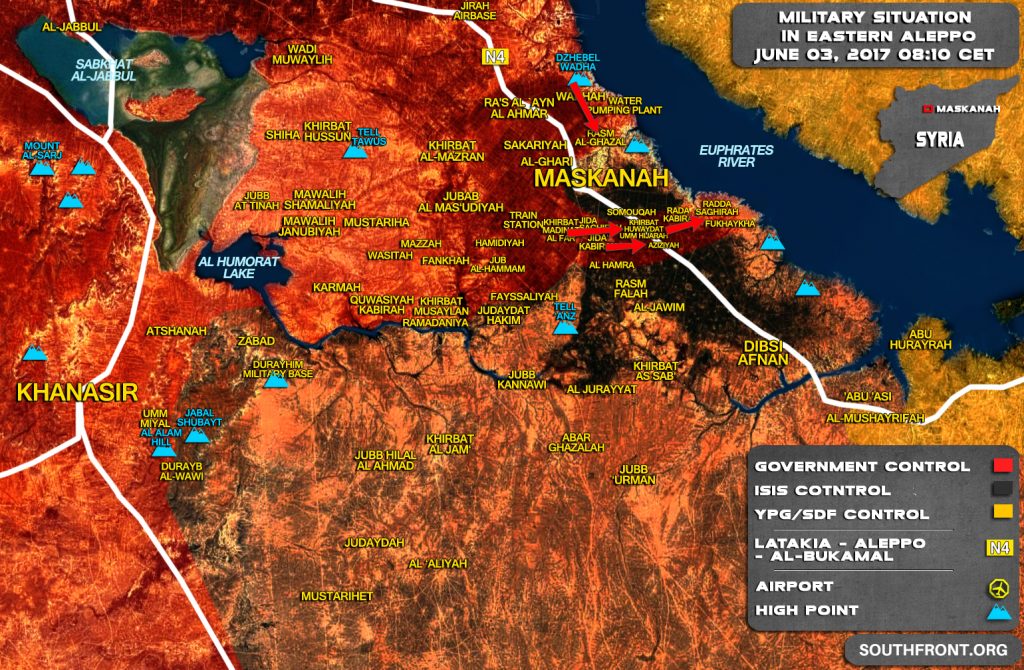 During its advance in the eastern Aleppo countryside, the SAA destroyed 101 ISIS vehicles, including 4 tanks and 2 BMP-1, according to the Hezbollah media wing in Syria. The SAA also destroyed 4 ISIS artillery pieces.

From its side, ISIS claimed that it killed 18 Syrian soldiers and wounded 10 during the SAA’s attempt to advance towards Hamam village, east of Khansir.

In the past few days, the SAA has liberated more than 22 villages in the eastern Aleppo countryside. ISIS defenses appear to have completely collapsed in the area.

The SAA will likely continue advancing along the Ithriya-Tabqah road, and then the Tiger Forces are expected to reinforce the operation of eastern Hama countryside.

“Then the Tigers are expected to reinforce the operation of the east Hama country side” . Well that could mean going down along the river to Deir Ezzor , or to Palmyra . Godspeed .

Deir ez Zor is a must, capturing Deir ez Zor wins the war, the US would be out of options.

Deir Azzor has become the booby prize this late in the game.

Couldn’t agree more , and going south along the river , it would be interesting to find the various stashes of equipment that ISIS , left en route to either center . The unknown , is how many troops has ISIS gathered at Palmyra , and can they be neutralized from the air , or is real back up required .

ISIS has been retreated from Maskanah.