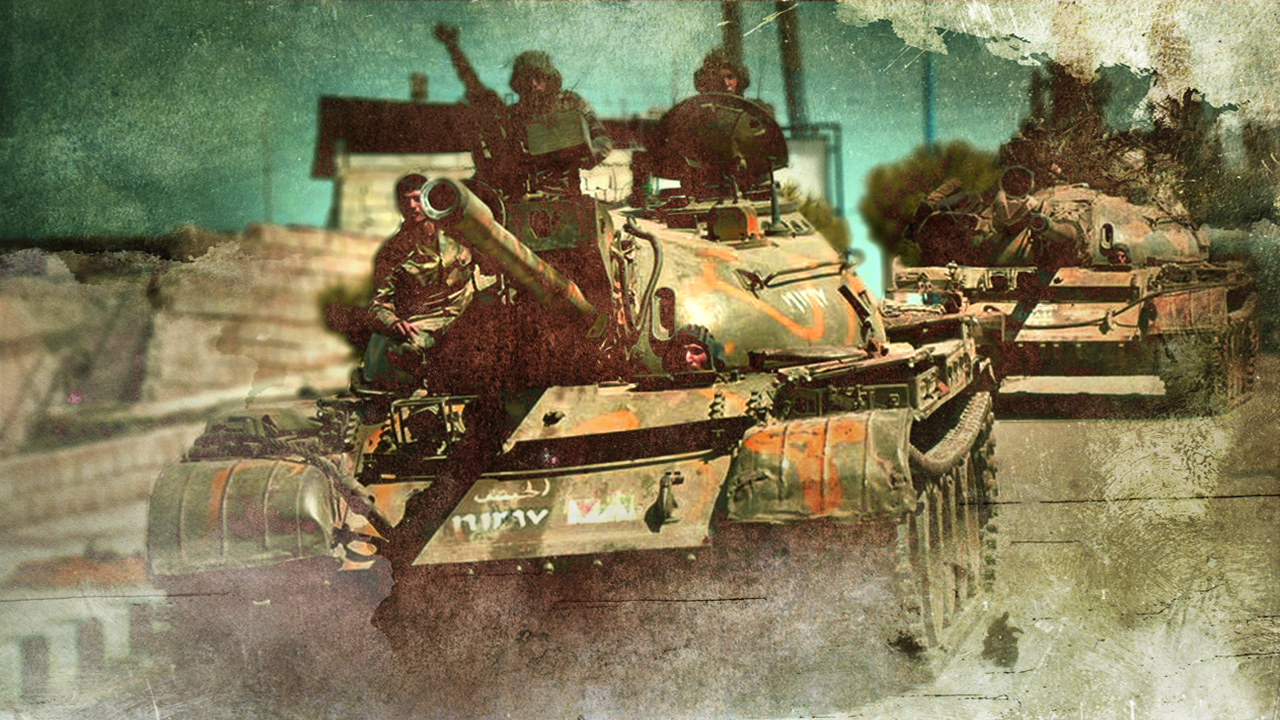 The reinforcements, which included several battle tanks, infantry fighting vehicles and truck-mounted heavy machine guns, reportedly came from the elite 25th Special Mission Forces Division, mostly known by their former name Tiger Forces. They were deployed near the towns of Tell Rifaat and Manbij, which are held by the Kurdish-led Syrian Democratic Forces (SDF).

Turkey launched a large-scale operation against Kurdish forces in Syria and Iraq, codenamed Claw-Sword, on November 20, in response to the November 13 Istanbul terrorist attack, which killed six and wounded more than 80 others.

So far, the operation has been limited to air and artillery strikes. Nevertheless, senior Turkish officials have already warned of a near ground phase.

Tell Rifaat and Manbij were two of three towns which were recently named by President Recep Tayyip Erdogan as main targets of any new Turkish ground operation in northern Syria, with the third town being Kobane.

The SAA began deploying reinforcements in the northern and northwestern Aleppo countryside as well as in the southern Raqqa countryside early on in December to counter Turkey’s threats and strengthen its presence in SDF-held areas. The 25th Special Mission Forces Division has been leading the deployment.

Damascus is either planning to provide direct military support to the SDF if Turkey launch a new invasion into northern Syria, or to use the SAA to take control of the Kurdish-led group’s areas as Russian military officials in Syria have already suggested.

The Turks, contrary to legend, are not great warriors. They look like the Anglo-Saxons, lots of parrying, but little combativeness. In 1922 the Greeks were about to conquer Ankara!

Good only for committing GENOCIDES

Exactly! The Turkish cowards took it out on the Armenians. The Kurds are 40%, if I’m not mistaken, of the population in Anatolia, and this is very serious and destabilizing for the Turks.

While it was the Young Turks who expelled the Armenians by decree, it was mostly Kurdish peshmerga who did the killings, almost every fotograph and almost every written testimony shows that. It’s like with “honor killings” on unfaithful wives, falsely tagged on the Turks and Arabs while it’s 99,9% Kurds who do it.

I don’t know in detail, the Kurds, I’ve heard yes and you confirm it too, were the perpetrators, I don’t know if in all cases. But the extermination was decided by the Turks. It is certain that the Syrians saved many Armenians deported to the desert by the Turks and Kurds.

Maybe you’re right. It seems to me that they stopped due to internal problems in Greece.

It’s Syria, not Turkey. The Turkish admin can hardly complain abut the PKK stealing land if they are to do the same in Syria. Maybe Turkey and Russia will provide the air cover and the SAA will do the ground cover and do as the Russian admin have suggested. Seems like a win win. The PKK will find themselves squeazed against the Turkish border. If the Kurds don’t want to be mountain dwellers from now on they should start talking to the right side for once. The US, nato and isreal isn’t it. They only want to gain from the misery and chaos.

The quasi-color revolution in Iran is led mainly by Kurdish formations in Iran. On the other hand the Syrian Kurds never openly declared independence from the Syrian government – because they are too weak still for such a move – and now the Syrian government fears Turkey might take that land and never give it back like with Cyprus. It’s mud catching, there is no clean front line here. The best outcome is the Syrian government retakes direct control over these Kurdish enclaves again and Turkey withdraws. If this is unacceptable for the Kurds, then the next best outcome is a successful seizure by Turkey, given back to Syria at a later date (maybe brokered by Russia etc.).

And I want to add that Rojava, another Kurdish enclave in Syria, is the projection field of a considerable part of the Woke-Satanists in the West, for it’s embrace of feminism there. As I understand most of these women are still mostly in a 1st and 2nd wave feminist mind-set, but the international wokesters and Western supremacy antifa push their 3rd and 4th wave (gender, transgender) on the Rojava Kurdish feminists – with some success it seems. These people attack EVERY normal family structure in the West and in the world, also with violence. Why should their “autonomous feminist enclave” not receive the same treatment?

Halep city is belongs to fatemiyoon and zeynabiyoon. At least 8500 men in these arsa. Damascus and Dera belong to Irgc qods forces .. more than 3500 elit. Asad army are. in other coastal and high lands. UsA will loose everything in east LESS THAN 1 year. Israel knows that very well…