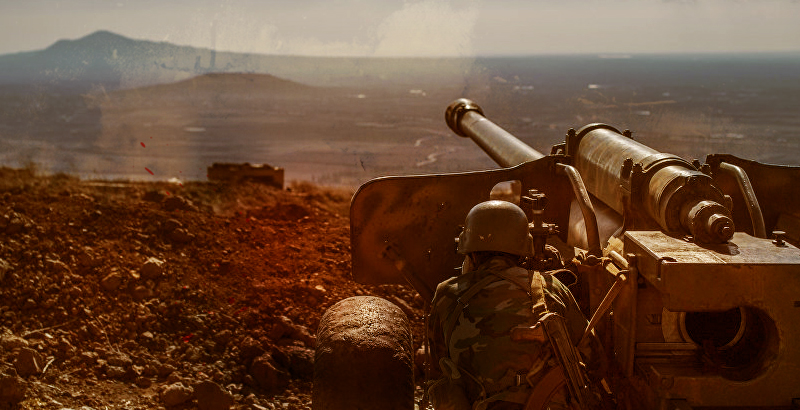 The Syrian army command has declared the end of the nationwide ceasefire in Syria.

“It was assumed that the ceasefire will present a real chance to end the bloodshed, but terrorist groups did not adhere to any of the points of the agreement on a ceasefire, the number of violations on their part has exceeded 300,” SANA news cites the statement.

The statement says the Syrian army has “shown the highest level of endurance in confronting the abuses by terrorist groups.”

In turn, “armed terrorist groups took advantage of the declared ceasefire” in order to regroup and mobilize forces. Now, the terrorists are aimed to launch attacks on “residential areas” and the government forces positions in several regions, including Aleppo.

We recall, the nationwide ceasefire came into force on September 12 at 16:00 GMT according to the deal signed by Russian Foreign Minister Sergey Lavrov and his US counterpart, John Kerry in Geneva earlier this month. However, the US and US-backed militant groups have failed to meet any of the commitments undertaken as part of the Geneva agreements.

Let us see how big Putin’s balls are now?

Yes, those who lack balls always have a desire to look at those who have them. Better have a look.

PS : US is only getting retards like Tom born out of incest to do their propaganda. No wonder they keep losing. BTW, Tom are you born out of Bill’s relation with Chelsea?

Is that what you say to your Ukrainian boyfriend when he put them in your mouth.

Feeling a little frisky are ya Tom? I think Putin’s a little out of your league though.

Good to hear that this so called ceasefire is ending. Hopefully it will be the last before allepo is and deir ezzor is not under siege anymore.

Please no more cease-fires from now on, it makes Russia and its allies look weak and stupid

There is more than enough proof that the Americans either don’t have much control of their allies, or that they are trying to play everyone against each other to achieve their [undisclosed (full spectrum domination)] ends, or that they are totally incompetent, or all of the above!

Russias bombing UN aid convoys now…lol that’s fk’ed up. At least you can hit a moving target. Get ready to get grounded-no fly zone!

The Syrian admin shouldn’t have declared and end to the ceasefire but just gone ahead and attacked instead, then announced it. They would have caught quite a lot of terrorists off guard who were flaunting themselves in front of Syrian lines whilst stealing supplies off the locals.