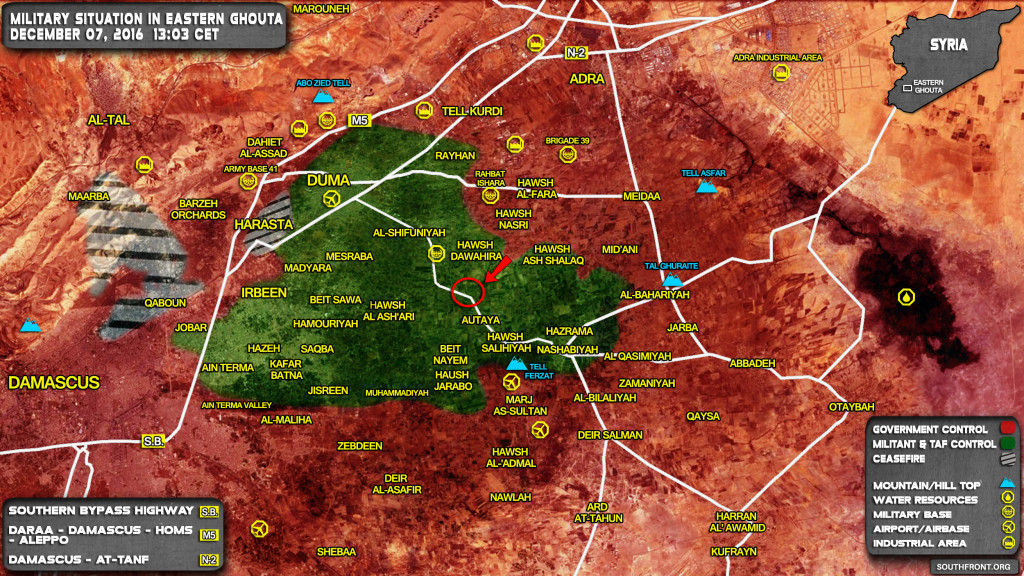 AlMasdarNews reports: Significant gains have been made today by the Syrian government forces as Army troops succeeded in blocking a key supply route for rebels in Eastern Ghouta region.

According a military source, the Syrian Army cut off the supply route between Al-Shifuniyah and Autaya by controlling the part of the route located near Hawsh ad-Dawahirah after a swift military operation.

Meanwhile, the government forces recaptured most of the farms that made up Hawsh Ash-Shalaq town in a counteroffensive against Islamist fighters.

The Syrian Army launched a full-scale military operation against the Saudi-backed Jaysh al-Islam militia in the rebel heartland of eastern Ghouta, retaking several towns and villages.