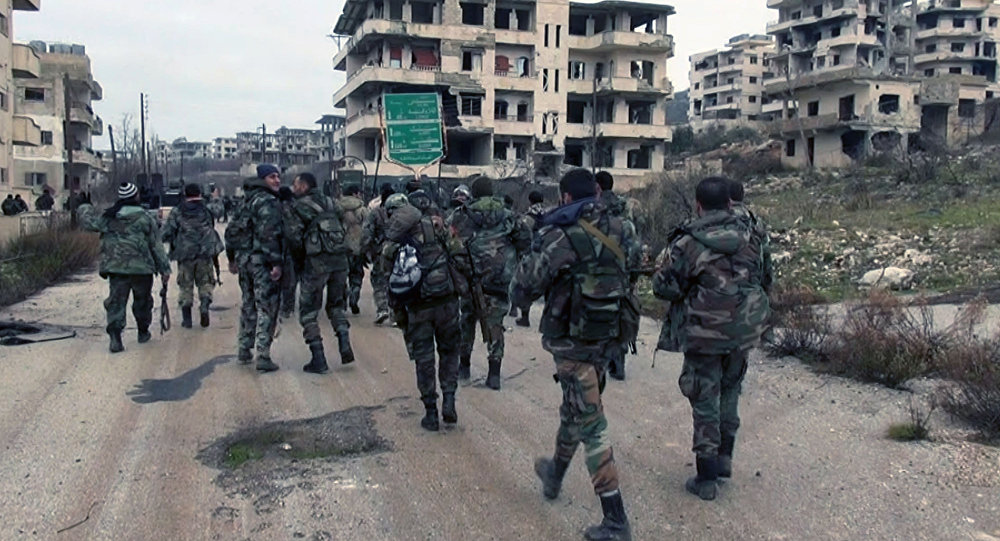 On Tuesday the Syrian Army announced that its soldiers were engaged in heavy clashes with the terrorists, inflicted major losses in at least five neighborhoods of the Northern city of Aleppo.

The Army said, ” We attacked on the terrorist strongholds in the neighborhoods of Al-Lairamoun, Bustan Al-Basha, the Old City, Al-Jaberiyeh and Al-Sheikh Saeed which not only left tens of the terrorists killed or wounded but the attacks also destroyed their military hardware.”

The Syrian Army also added that several terrorists were killed or wounded in the army’s offensive near the village of Al-Mansoura in the Western countryside of Aleppo city as well.

On Monday, the Syrian fighter jets bombed heavily on the ISIL concentration centers Southeast of Homs province, inflicting substantial losses on the terrorists in a series of combat flights.