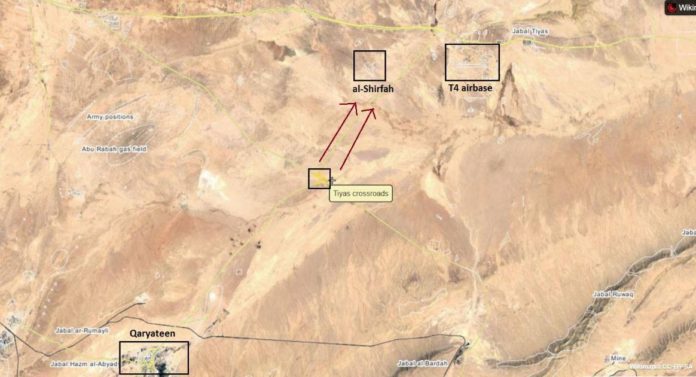 AlMasdarNews reports: On Friday, the Syrian Arab Army (SAA) and allied forces continued their counterattack in the vicinity of the strategic T4 (Tiyas) Military Airport in the eastern part of Homs province in a bid to reverse all the gains made by the so-called “Islamic State of Iraq and Syria” (ISIS) recently in this area.

In close coordination with the Russian Aerospace Forces (RuAF) and the Syrian Arab Air Force (SyAAF), government troops managed to recapture the Qaryatayn – T4 crossroads area thus reopening the direct route between the T4 Airbase and the city of Al-Qaryatayn. According to a military source at the T4 Military Airport, government forces were able to destroy 5 armoured vehicles, 7 technical vehicles and 3 battle tanks while also killing and injuring more than 50 ISIS militants during the last 24 hours of non-stop clashes.

Speaking to Al-Masdar News, the same military source said that the village of Al-Shirfah located between T4 and Al-Qaryatayn was still under ISIS control. Therefore, the direct way from the airbase to Al-Qaryatayn is currently possible only through a makeshift road that passes by the aforementioned village. However, the military source added that the village can fall into government forces’ hands at any moment as the Syrian Army and allies continue their advance. 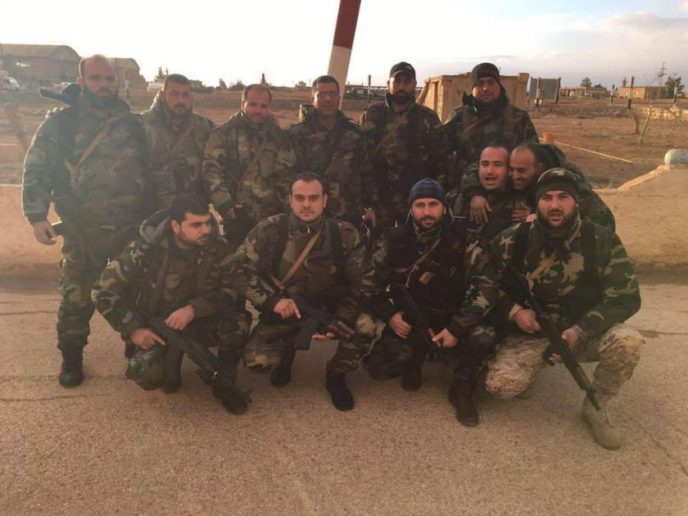 Above is the photo of Syrian Air Force Intelligence troops, that was taken yesterday at the T4 Airbase.

Important update: according to AMN’s military source at the T4 Military Airport, the government troops have just recaptured Al-Shirfah village, so the main direct road between the airbase and Al-Qaryatayn is finally reopened.

Securing T4 is first step. Need to take out transport behind front lines and hit ISUS on the highway. Grab them by the pants and kick them in the ass. Before they can relocate and retreat.

SAA/Russia shouldn’t rush into Palmira this time. In March they thundered through T4 without securing the area and preparing the facilities for airforce operations. ISIS attacked it a couple of times this summer destroying several parked Mi35s. Without proper air superiority and CAS choppers and planes on stand by any point in eastern Syria will be in danger of being overrun and supply lines to Palmira and Der Ezzor harassed.