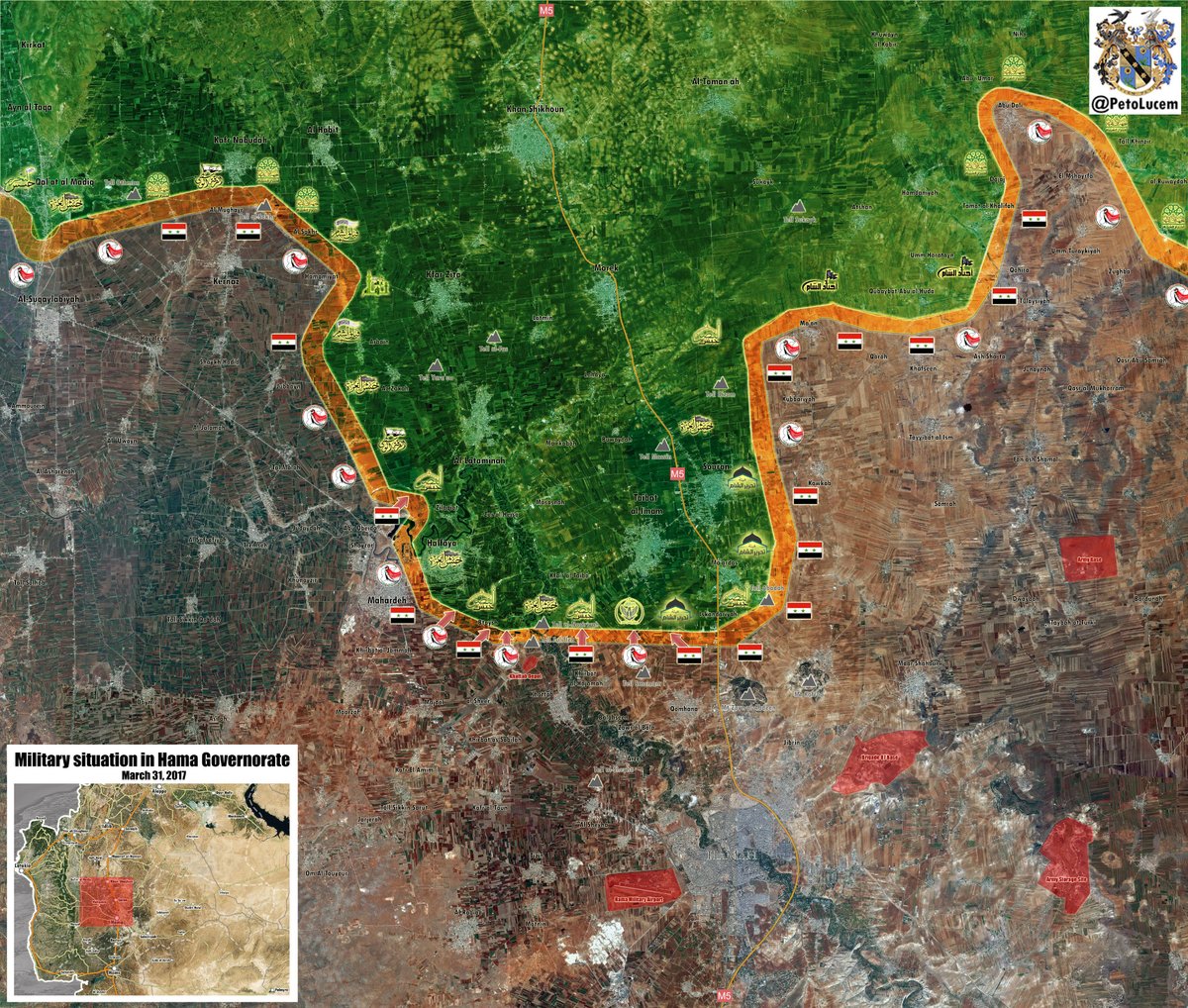 The Syrian Arab Army and the National Defense Forces (NDF), led by the Tiger Forces, launched a counterattack in Hama’s countryside this morning.

Russian and Syrian airstrikes have repeatedly targeted  jihadist defenses in Al-Lataminah and Shalyut since the morning destroying several ammo depots and HQs.

From its side, Hayat Tahrir al-Sham (HTS) admitted losing most of the areas it had captured in its most March offensive. Only Sawran and few points around it remain under HTS’s dominance.

The US-backed Jaish Al-Izat militant group continued supporting HTS with US-supplied TOW missiles. A Syrian Army BMP was destroyed by a TOW missile in Hama on Friday, but this effort wasn’t enough to stop the SAA’s advance.

Sources inside Idlib talk about massive financial strains hurting HTS after losing a considerable amount of equipment and ammunition in the March offensive operaition in northern Hama. But this still has to be confirmed, independently.

An alleged photo of Major General Qasem Soleimani, a commander of the Quds Force of the Iranian Islamic Revolutionary Guard Corps (source): 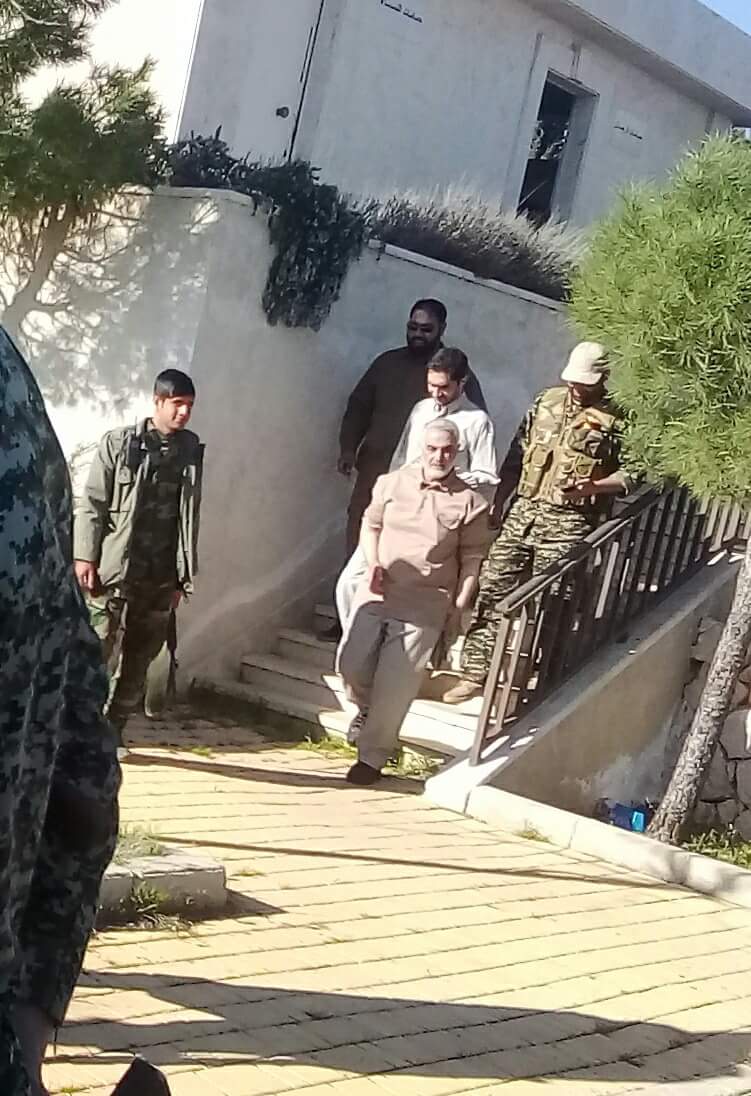 The SAA will likey use the current circumstances and to retake the strategic town of Sawran. Government forces would also continue their offensive in the direction of Al-Lataminah and Morek to secure the Hama fronts once and for all.

Syrian troops are in Khattab:

A video of clashes in northern Hama from pro-government side:

If the HTS is hurting for money, then it’s foreign backers must be reducing or ending their contributions now that Assad has the upper hand in the struggle. I doubt if Turkey has the resources to take over where they left off. I’m curious to see how many “moderate” rebel groups will turn against HTS and the rest once the SDF starts moving down from Afrin?

the tide is turning for sure!