The Syrian Army has repulsed a surprise attack of Jaish al-Fatah terrorists near the Ramouseh Artillery Base in southwestern Aleppo and continued its advances in other parts of the province. 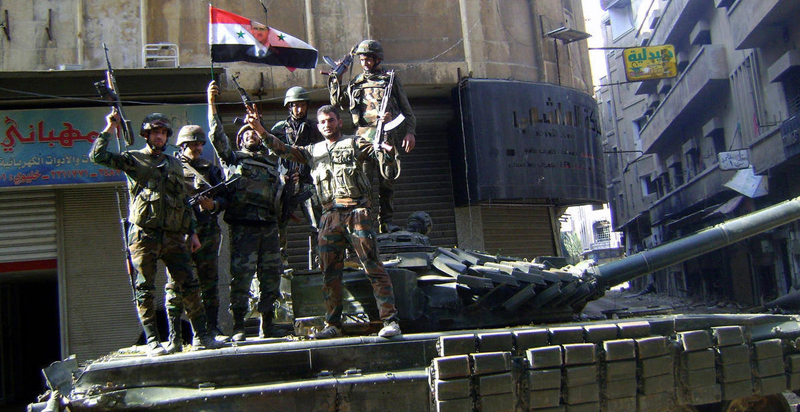 A surprise attack of Jaish al-Fatah terrorists was repelled by the Syrian Army near the Ramouseh Artillery Base in southwestern Aleppo, the Fars news agency reported on September 7, citing its own unnamed battlefield source. According to the source, over 10 terrorists were killed during the clashes.

At the same time, Syrian soldiers also repulsed a terrorists’ offensive on the Um al-Qara hills, located near the road from Aleppo to Ramousiyeh.

Gathering centers of the Islamic State (IS) terrorist group and other terrorist groups were attacked by the Army’s units, backed up by the Syrian Air Force and armored military vehicles, in southern, northern and eastern Aleppo.

The Fars’ source noted that several armored vehicles were destroyed and dozens of terrorists were killed, while Syrian aircraft were targeting terrorists’ positions in Khan Touman and Maarata in the southern parts of Aleppo.

In addition, terrorists’ strongholds in Kafar Hamra and Huryatan in the northern parts of Aleppo were also hit by the Syrian Air Force. As result, terrorists suffered major losses.

On September 6, a series of airstrikes on Jaish al-Fatah‘s strongholds was launched by Syrian and Russian fighter jets along a strategic highway from Aleppo to Damascus, where terrorists also suffered heavy losses and lost an opportunity to advance.

Terrorists’ positions at Khan Touman and Saraqib were also pounded by Syrian and Russian warplanes. As result, several military vehicles were destroyed and a number of terrorists was killed.

According to yesterday’s reports, Syrian troops continued to advance against Jaish al-Fatah terrorists in the area of the military academy’s buildings and recaptured a large storehouse of weapons and ammunition, as well as two industrial facilities: a refrigerator-manufacturing factory and a fuel storage facility. Scores of terrorists were killed and their equipment was destroyed during the attacks.