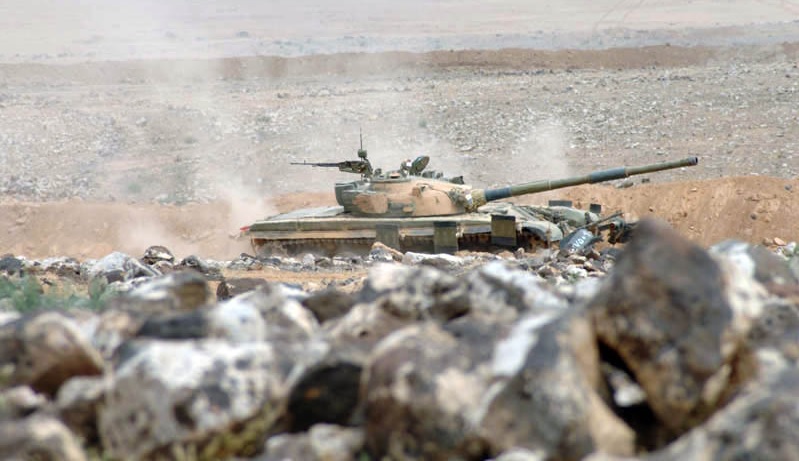 On July 3, the Syrian Arab Army (SAA) and several pro-government formations conducted a combing operation in the desert of al-Suwayda in southeastern Syria, where ISIS cells were active a few years ago.

According to the Syrian Observatory for Human Rights, the operation covered the entire desert, all the way to al-Hamad which is located on Syria’s border with Iraq and Jordan.

The London-based monitoring group said that the Russian Aerospace Forces provided air cover for Syrian troops in the course of the operation. No casualties or material losses were reported.

Just a few years ago, al-Suwayda desert was infested with ISIS cells. On 25 July 2018, the terrorists carried out a series of suicide bombings and gun attacks in al-Suwayda city center and in the northern countryside of the governorate. The attacks claimed the lives of more than 190 people, most of whom were civilians. Back then, the SAA responded with a large-scale operation that neutralized most of ISIS cells in the desert and drove the rest to the nearby Homs desert.

The SAA’s decision to launch a new combing operation in al-Suwayda desert indicates that ISIS threat is once again on the rise.

ISIS cells have been reportedly active in the US-occupied 55-kilometer zone around al-Tanf garrison. From there, the terrorist could easily penetrate al-Suwayda. Recently, several terrorist attacks were launched from the zone. While some were attributed to US-backed fighters, others were blamed on ISIS.

Russian aircover unless isreal wants to bomb them then the russian planes will fly away.

Thats a deciding for many decades. They dont like Hesbollah and Iran even they support Assads too.

I still think the maps for Syria should have contested areas in it. Assads dont control as much as the maps says at all.