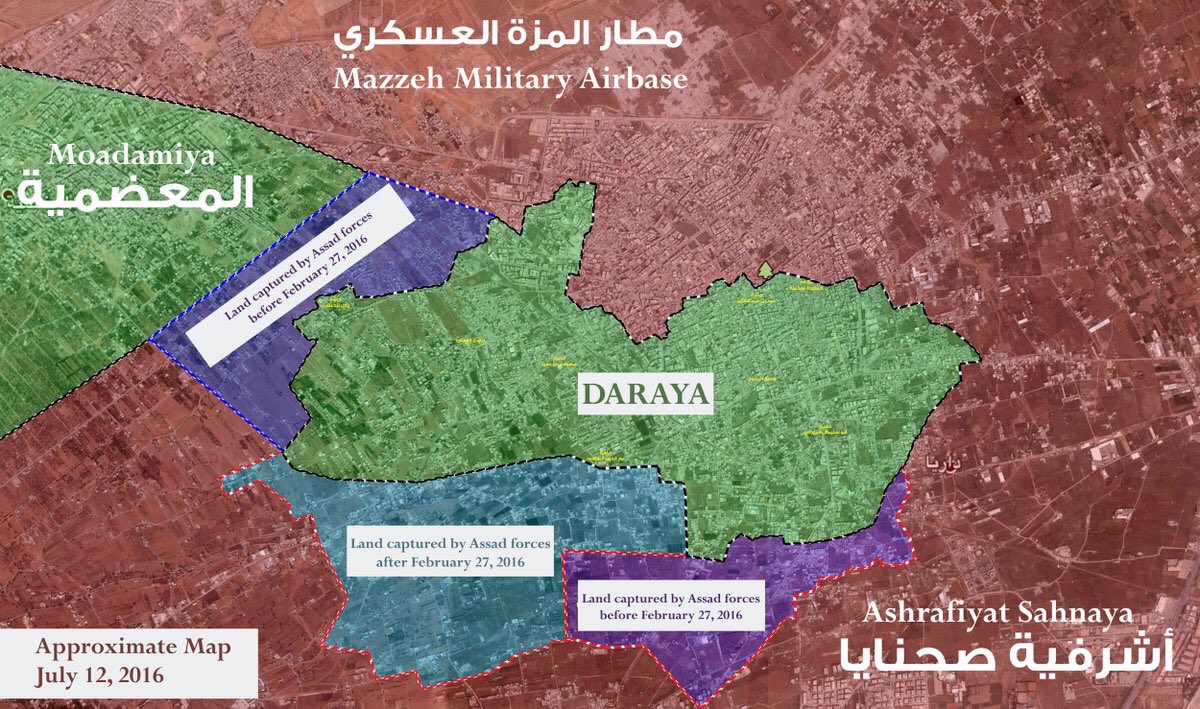 The Syrian army has begun to conduct urban warfare operations in Daraya, a suburb of the Syrian capital, Damascus. We remember, recently, militants have lost to the pro-government forces most of the farm lands in the area.

Pro-militant sources argue that the besieged city “has reached a critical situation at both humanitarian and military levels” and blame the pro-government forces for artillery shelling and air raids in the area.

Fighting in Daraya has been going on for over a year now – I hope they get this over with soon. Go SAA!