Following the Friday advance, the Syrian Arab Army (SAA) Tiger Forces liberated a major part of the strategic town of al-Mayadin in the Euphrates Valley, on the western bank of the Euphrates River.

On Friday, the Tiger Forces entered al-Mayadin and captured the grain silos, the hyper market building, the automated bakery, Rahbah Castle, the Balum roundabout, the local airport and other nearby points.

Some pro-government sources even claimed that the entire city of al-Mayadin was liberated. However, these reports appeared to be untrue after Tiger Forces members officially denied it.

Nonetheless, the SAA andd its allies are very close to a full liberation of the city and will likely take full control over it soon.

Tiger Forces troops are near al-Mayadin: Are SAA leading in the RACE for al-Omar Oil Fields … ???? Where are the SDF now .. I do not see them any where near in the Map…
When is SAA gonna cross the Euphrates rivers and secure the Oil Fields… ?
I am very scared that US led SDF might try something nasty to block SAA again …. !
Do you think that maybe US led SDF might try AIR DROP in the oil fields to block SAA off ,,,, ???
It seems odd that suddenly SDF is no where near there … they must be up to something ….??!!!

lol stop worrying, it doesnt do anyone any good, am sure SAA is on the case :)))

HAHAHahaha chill bro. Yes, the SAA is currently leading the race vastly, so unless the SDF does something remarkable such as liberate Raqqa in matter of days and then redeploy all of its forces in the advance towards the Omar oil fields, they won’t make it. It’s highly unlikely. Also, air drops won’t work because it’s mostly desert around the oil fields and the SDF would get ambushed. They will cross the Euphrates after mayadan liberation. But look, it doesn’t really matter who captures it, Assad has said that he will negotiate for a Kurdish autonomy (not independence like in Iraq) and in exchange, the SDF would hand all border areas along with oil and gas fields whereas in some of those areas, they would share the revenue.

The Highway between Sukhna and DE is open and they are chasing some of the Elements around Sukhna and will advance to Ashoula and clear that also.

@disqus_60KtWJo2d5:disqus … Yes … ASSAD can also as plan B … negotiate with the YPG …
But I also think that ASSAD could, if YPG wanted to play hard ball … then he could play hard ball too. I was thinking .. he could enlist the help of Turkey and Iran and Iraq and Lebanon … and declare a NO-FLY-ZONE in the Northern Syria just like in the Northern Iraq …that is specifically aimed at US Air-force and US Special forces ..

Then Turkey would force the US to not use NATO Incirlik in support of any YPG or Peshmerga in Iraq … This is important and I believe that even with bad blood between ASSAD and Erdogan … Erdogan would do this … because ..mainly because Erdogan is an Egomaniac who has no qualms about doing it his way .. he has shown his egomaniac behaviour by arresting and throwing more than 20 000 military/civilians people in jail even though he was criticised … he doesn’t really respect US .. so very possible that he will do below … ‘cos he honestly believes that US will not stop him …

For Turkey … YPG ..being right at their border is an existential threat to Turkey as a whole.

US promised to Turkey before supporting SDF and therefore YPJ .. that The Kurds will be used to only fight ISIS and liberate Raqqah … That is the reason why suddenly YPJ have been so strong all of a sudden …. US have suddenly armed them to the teeth …
But we can see that now suddenly YPG is at Deir Ez-Zor and going East to try and go to the Border with Iraq … This is not what Erdogan had bargained for with US .. therefore more than likely .. he will co-operate with ASSAD and stop US from giving anymore support to YPJ. If he blocks US from using Incirlik airbase .. then US Special Forces will have no choice but to leave Syria as they will truly be cut off …
If all the surrounding country stopped US from flying in support to YPJ .. then YPG will have no choice but to seek co-operation with ASSAD and SAA forces before it gets attacked by SAA and becomes in danger of losing a lot of its territory ….
Therefore I think ASSAD still have many cards to play here … !!!

One wants dead ISIS rat carcasses all over the place this time.

wow amazing!!! i thought daesh would really fight for it but wow!!! next stop hopefully OMAR OIL FIELDS AND ALBUKAMAL YEEE!!!

According to Al Masdar , 50 percent of the city is captured

Knowing what is coming, ISIS has evacuated the city in the direction of Al Bukamal days and weeks ago.

Eric, I bet Israel has the best knowledge about their irregular armed forces (Daesh) :)

That first western section of Mayadan is a somewhat more open area.
Al Masdar news may be overstating the facts on the ground I would think.
But I certainly hope it’s true!
GO SAA! And secure your northern flank ASAP. :)

The SAA has advanced to the City outskirts and has captured the airport near the liberated artillery battalion and Shibli Farms. The Kebabs are attacking Hadad in the Idlib countryside , the Russians are providing air support, but Erdogan has said that the separatists plans/operations in Syria and Iraq will not be allowed.

Then on the lighter side of the news in Saudi Arabia they have just set a new record in executions by celebrating their 100th !!!

ISIS is finished….minimum resistance left. Good riddance of these scumbags from the face of the earth.

I would not be that optimistic. Yes, they are nearing their grave end but ISIS is only one part of US/UK/Israel irregular armed forces. Those scums will try to bite here and there – cornered rat is still dangerous. What I’m trying to say is that YES, daesh is almost finished but it will still take time and effort to clean this trash from the face of this beautiful planet.

indeed, see how they managed to destroy the supply lines by taking control of the dez highway. they still try to take control of key towns…they are using hit and run tactics all over the highway.

Probably by the end of the year ISIS will be gone.

Yes, I agree (-/+ a month or so). I was just saying that we should not declare them defeated bedore they are. Also we will witness Daesh scums changing colors/flags etc – US/UK/Israel keeps funding their irregular armed forces.

Kill the rest of ISIS US fighters.

ISIS US fighters ? what is that ?

Clever way of turning the tables on the US head-chopping, heart-eating rapers further west. Clearly the Syrians grasp the importance of selection and maintenance of the aim.

This looks a plan of US scumbags to me. Can’t speculate more but it surely seems so. God and Russia protect Saa

Good now hit from south along the Iraqi border to Al Bukamal and encircle the Motherfuckers in a huge trap..well done

Okay, this is what I was posting about over the last couple of weeks, especially with the recent IS attacks in that area. It also may have been more than just putting everybody in the field and leaving important areas insufficiently defended. It is looking to me like they didn’t even put in the resources to get the place ready for defense. Now, I am going to go back to something I posted a couple of weeks ago, that when the SAA finally gets rolling, it would be impressive and everybody should have stocked up on refreshments for the show. When they did not push north of the river, I kept my eye on the south side and the highway system that is there, all the way to Iraq. Being right is not important for me. It is about seeing things within the ballpark of reality. So here you go dutchnational, I got it somewhat correct, for once. ;)

Another thing…….. I am witnessing a tatical ass-kicking being administered by the SAA and CO.. They are doing wheelies around US coalition planners. I did a look back to the Georgian war this week and saw that this is not new. The Russians never show their hand until they are on top of you and cutting the throat. My bet is that behind the scenes, there is some serious fear developing inside of NATO and US commands. They were talking all kinds of smack just a few years ago about how shabby and weak Russia was, that they was going to hurt Russia beyond belief if they crossed a line. I am hearing not a peep out of these punks now. As for the big mouth US commanders, who indiscreetly shot their mouths off in front of the world, you are a disgrace to the uniform, a travesty and insult beyond compare to the sacrifices many have made in the hope that what they were giving would improve the human condition.

I have said a lot here guys. I tip my hat in awe, to the job that the SAA and it’s allies are doing, against all odds.

Douchenational is not available for comment. He is crying his eyes out in frustration and his BF is trying to console the poor little pro-terror Princess.

and if u don’t mind, I like pissing DoucheNational off by posting this ALL THE TIME!

Hey Gary. Yeah, it is not going anywhere near that way it was supposed to develop. A good weekend to you. :) 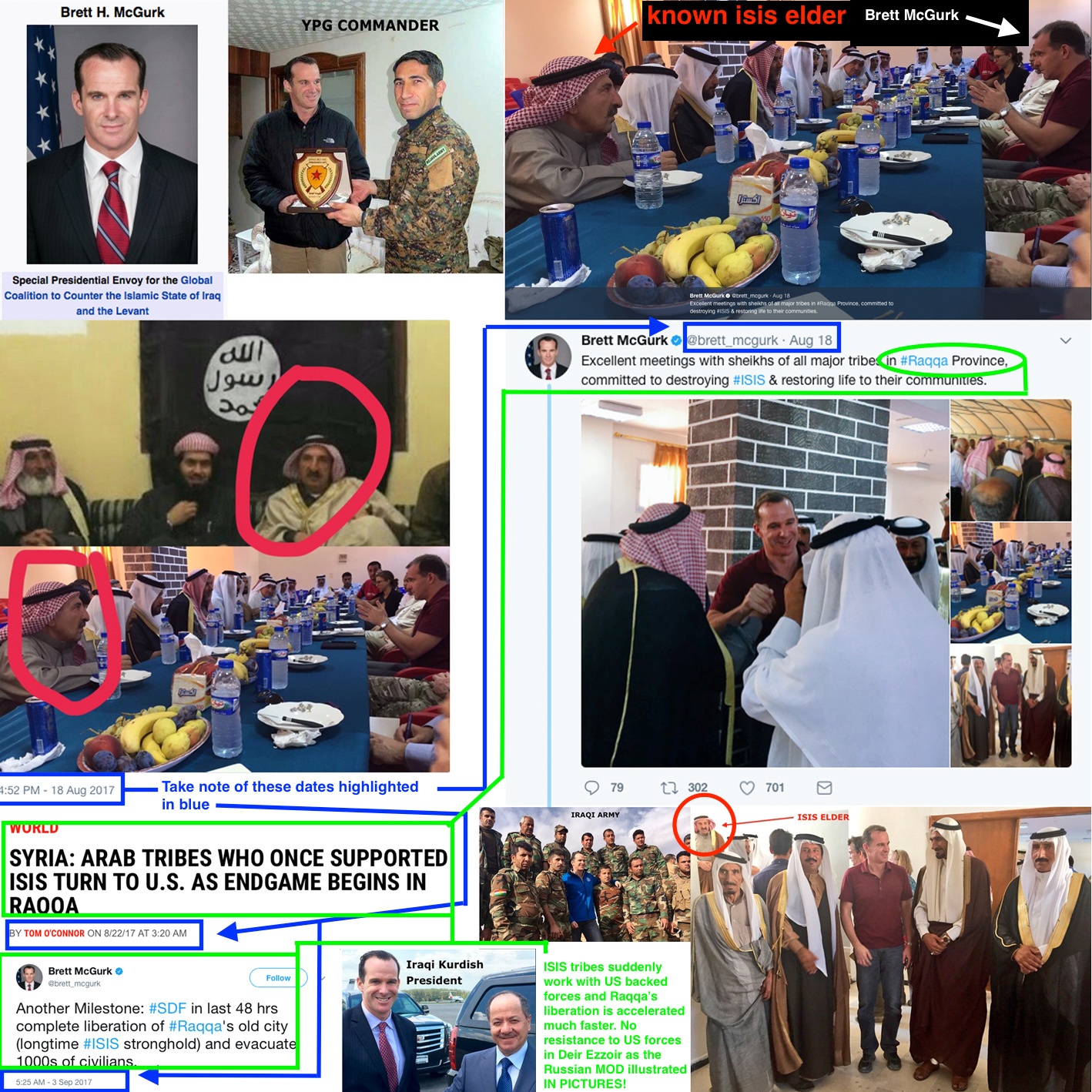 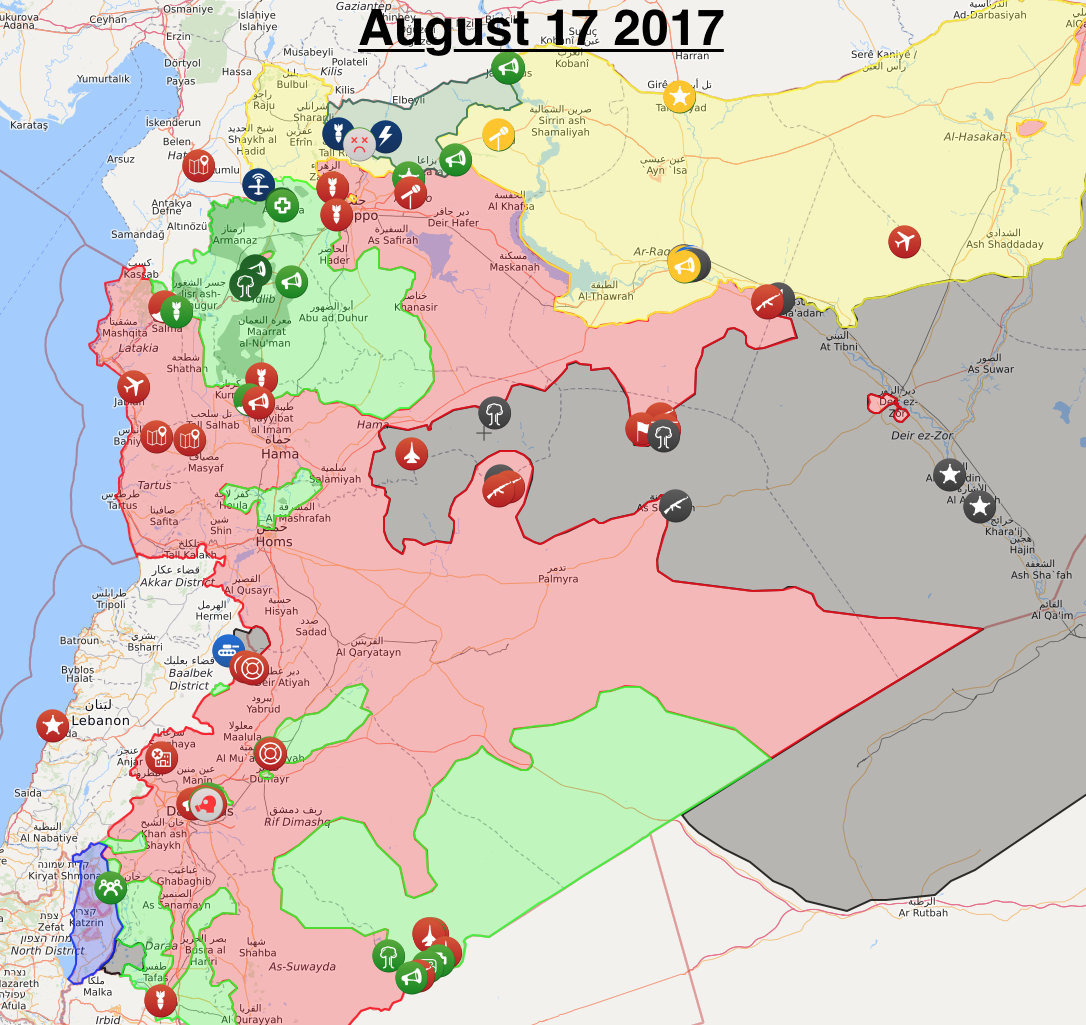 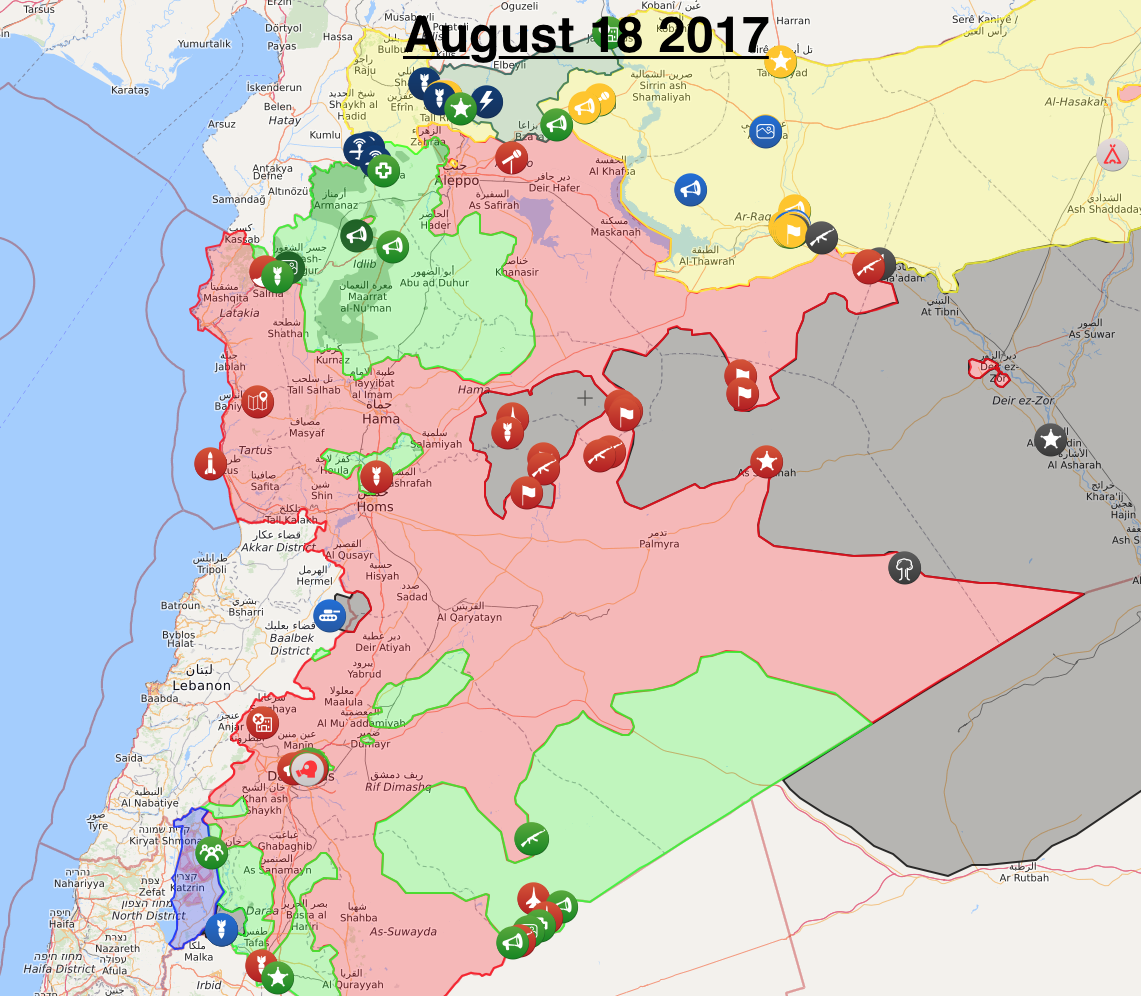 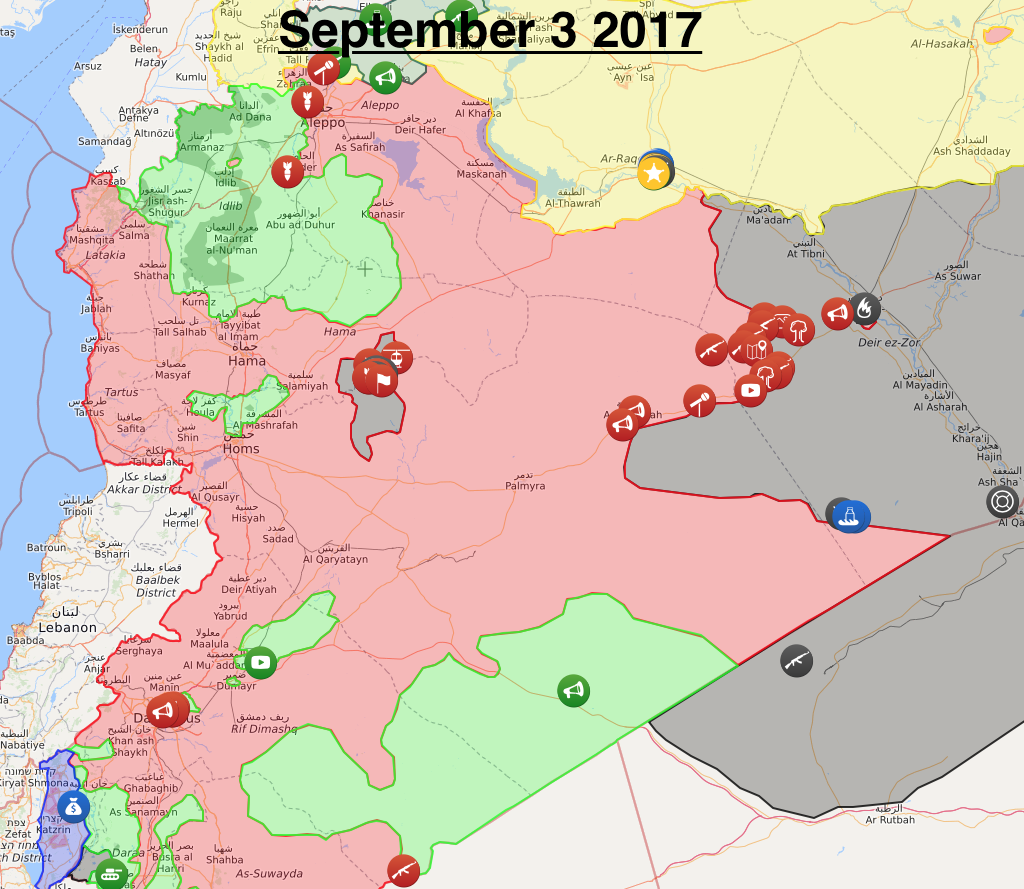 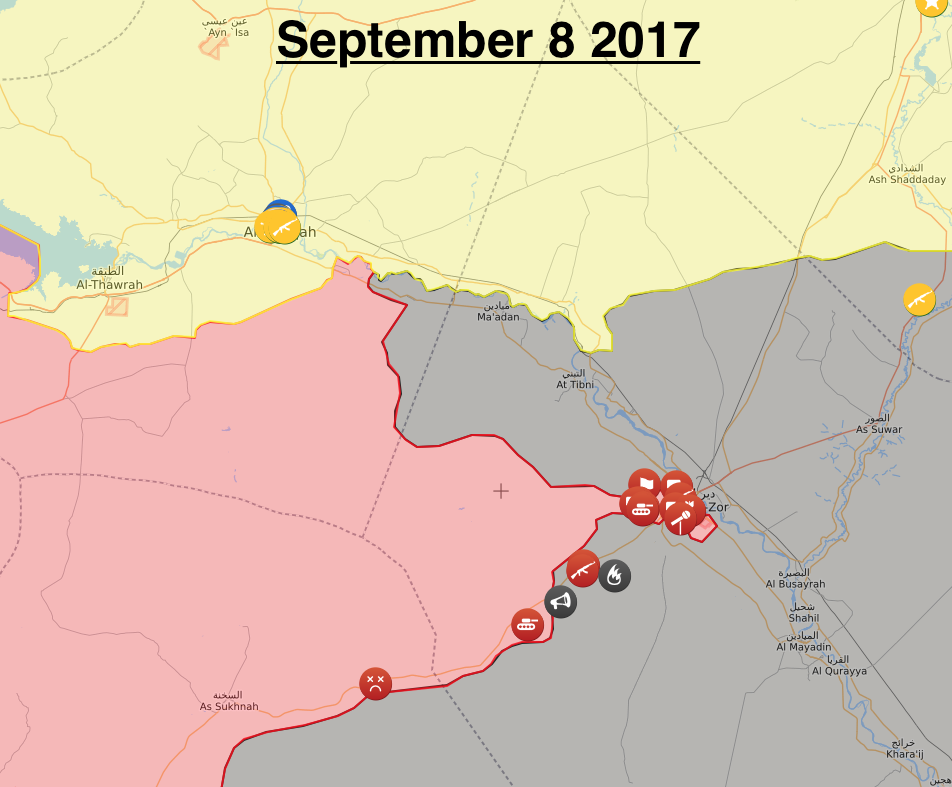 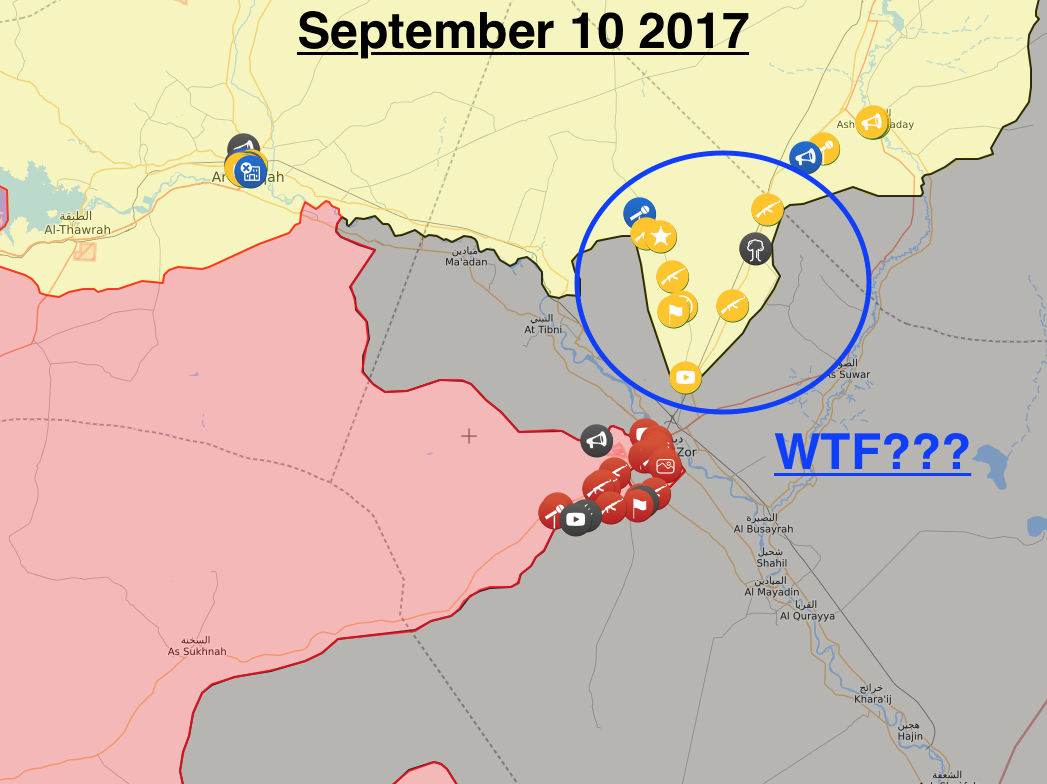 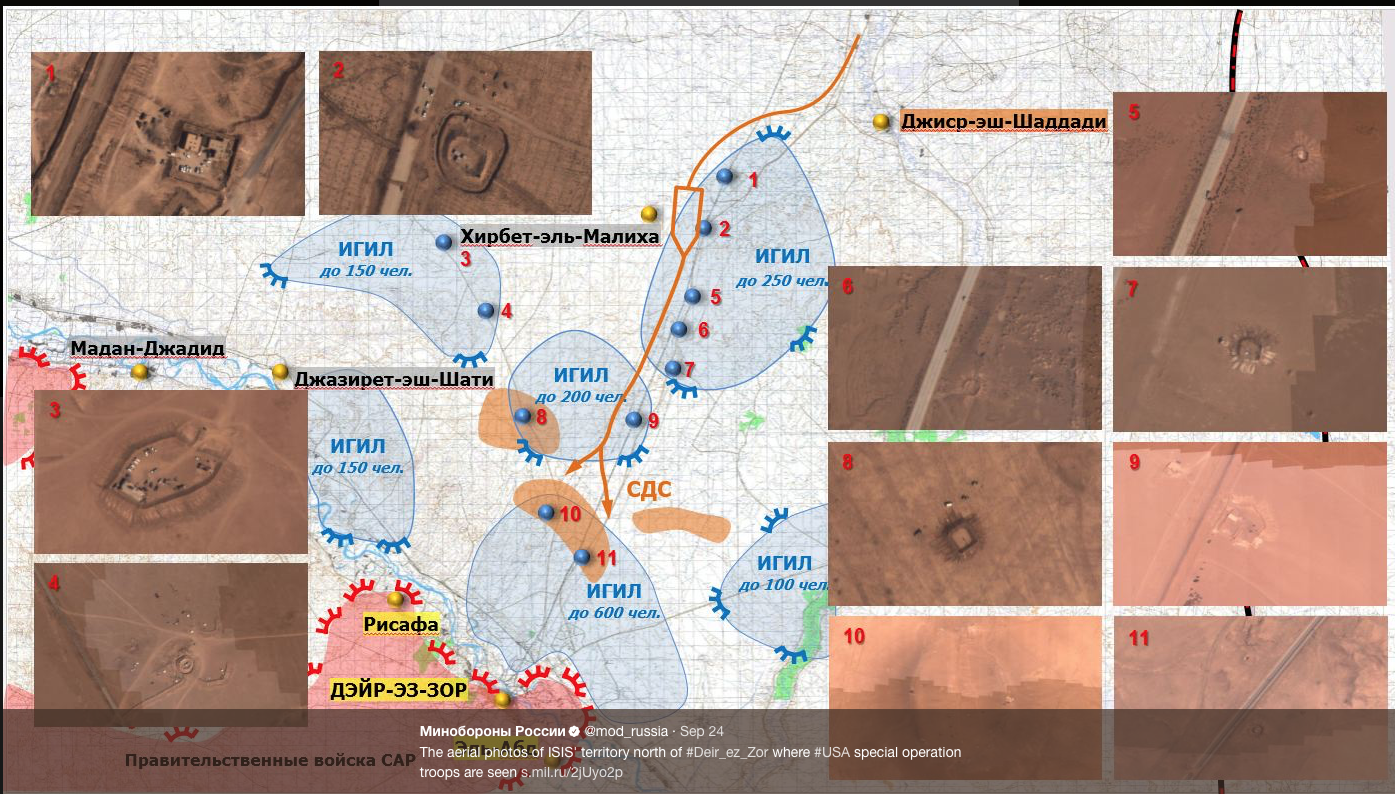