Clashes are ongoing in the Aqrab area in the southwestern part of Aleppo city.

Today morning, Jaish al-Fatah militants have counter-attacked in the area, engaging the Syrian army and Hezbollah in a series of firefights. The militants’ goal is to prevent government forces from setting a foothold for an advance on Rashidin 4.

Pro-government sources report that Jaish al-Fatah has failed to achieve any significant gains since the start of counter-attack and sufferet some casualties (up to 7 militants). There are no confirmed information about casualties among pro-government forces. 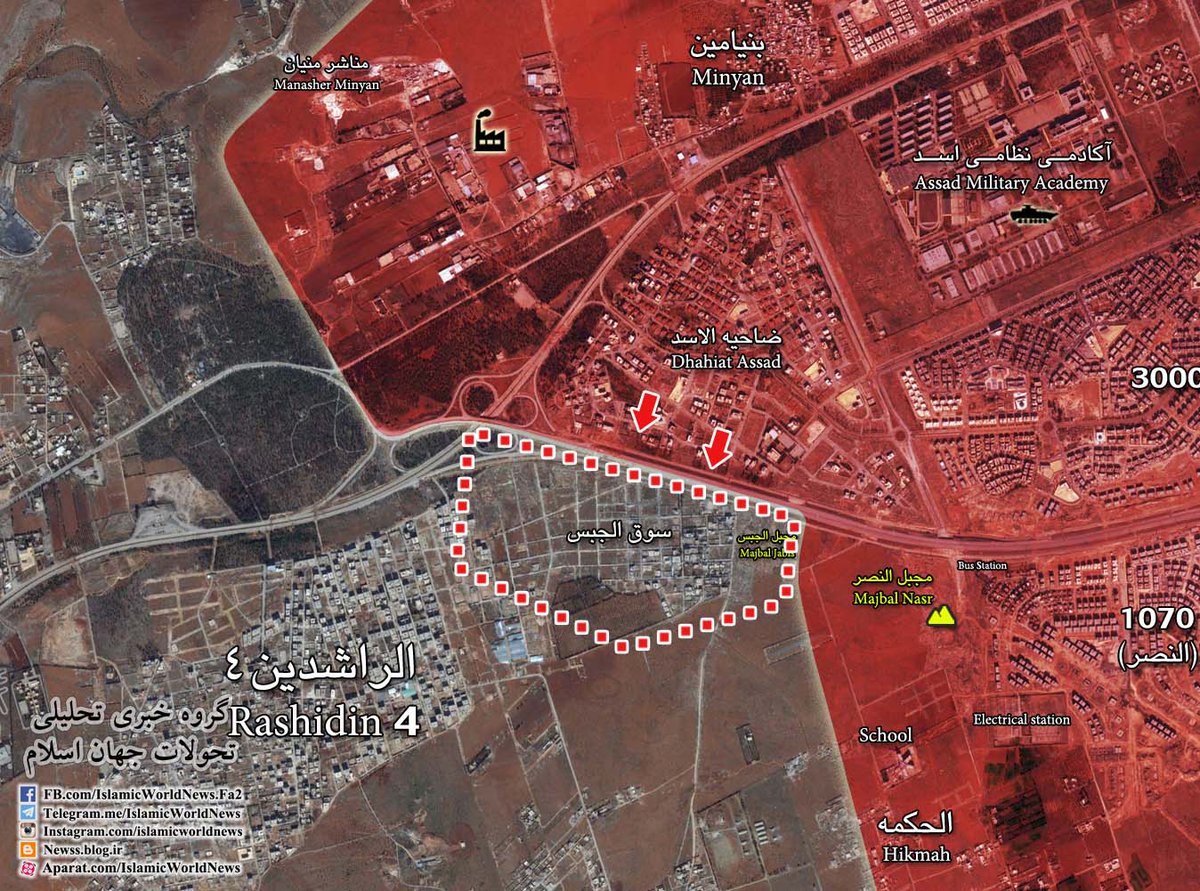