Army units stormed the towns, Barqum, al-Zarbah and al-Salehiyah, in the early morning. The towns were fully secured within a few hours. The SAA began advancing along the M5 highway a day earlier after liberating the town of al-Eis. The army captured many towns north and south of the highway in a matter of hours.

HTS and its Turkish-backed allies are reportedly withdrawing their militants from the remaining part of the M5. This reflects the terrorist groups desperation.

The army is now 14 km away from securing the entire highway, which links the capital, Damascus, with the northern city of Aleppo.

Remember the time only the Khanasser road to Aleppo was open and Aleppo itself was half in hands of the terrorists who were shooting gascilinders on residents each day. Man, what progress have been made since!

Assad must stay
Reply to  Lupus

Indeed. And the hysterics still continue to froth at the mouth for every time Russia announces a ceasefire or talks to that piece of shit Erdogan (no insults to shit intended). Have a little less hysterics at the events of the day and a little more faith in the big picture and the long run. Thanks to Russia those dire days are long gone and Syria will be restored. Either by the sword or by clever diplomatics.

Its a fair chance that rival US Coalition of Terror Jihadi gangs will again start to kill each other again because their source of protection rackets and direct theft from civilians is getting smaller every day.

The more they murder each other, the better for everyone else.

SAA better create 15 or 20 km buffer zone to have M5 secure and save travel. Otherwise M5 will be constant target from artillery, or any military hardware.

Nah better secure all area under m4, then it will fully secure M5

The best part of this operation is that you can already see the Turkish border on this map! :D :D
https://southfront.org/military-situation-in-idlib-province-following-liberation-of-al-eis-map-update/

This winter offensive is paying off, especially when they attack at night in the freezing cold.

battle map as off 6 hours ago

Extremely heavy shelling and bombing runs north of ALLEPO CITY on multiple targets, been going on for hours now

It’s a flight forward from coward assad’s gang not gains they look themselves in a political and economic deadlock, continuing the war thinking they will stay longer . But just disillusions sure

The Man
Reply to  khalkha

There is also a dangerous reason that the jihadi street gangs might be surrendering territory easily and that would be that they have been told to withdraw beyond the M5 and regroup. That would mean that they’d rather risk their lives in a coming Turkish led counter offensive where losses mean something in a winning cause than to trade them now in a difficult defense. That would mean that the jihadi grapevine is certain of a Turkish military operation and if they are acting that way the SAA should be certain about it too.

That’s a possibility, I agree.

I would think that an appropriate response for such a tactic has already been formulated as a strategy.

There is NO way that Russia will accept continual drone attacks on long lease Russian Bases in Syria by poorly disciplined Turkish proxies, and its my opinion that Russia will use the force required to prevent that.

Russia is well aware that such a training and breeding ground for Wahabi’s in Idlib would provide Turkish and NATO trained jihadis to threaten the Southern borders of Russia.

Southfront… when you say “captured”, do you actually mean “liberated”? A minor point but crucial! ??

Alejandro Bonifacio
Reply to  The Man 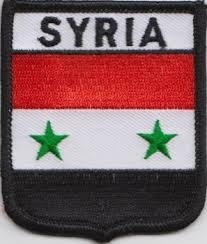 Damage so far to SAA on this blitz 16 KIA, 75 wounded, one T 72 damaged after hitting mine, tread blown off, being repaired. RATS eliminated 1500 +.

Are you able to provide sources, Tim?
It helps if you can.

multiple verified sources, sometimes live, most of it 6 hour so after the events have happened … I trust these people

Elliot Higgins is very suspect though.

Not suspect, a verified source of NATO disinformation and psyops.

PHOTO on the M5, just north of AZ ZARBAH

video on the M5

billboards on the M 5

“Democracy is the path to retardation.”

Lol. They are not completely wrong!

talk to the hand