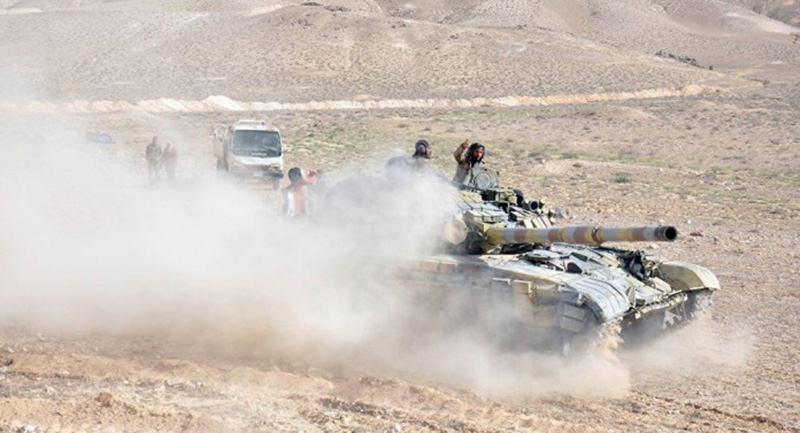 During the evening hours, the Syrian Arab Army (SAA) liberated the town of Arak while preliminary reports also suggest the T3 Pumping Station and T3 Airbase to have been captured by government forces. Arak lies on the strategic M20-Highway between Palmyra and Deir Ezzor.

Furthermore, the National Defence Forces (NDF) and Shaitat tribesmen participated in the government offensive. The SAA troops met very little resistance from ISIS as the jihadist group seemed to have withdrawn many of its fighters to frontlines in northern Syria, especially around Raqqa.

The SAA’s advance reopens the possibility of lifting the siege on Deir Ezzor although government troops must pass through 150 kilometers of ISIS-held territory to do so.