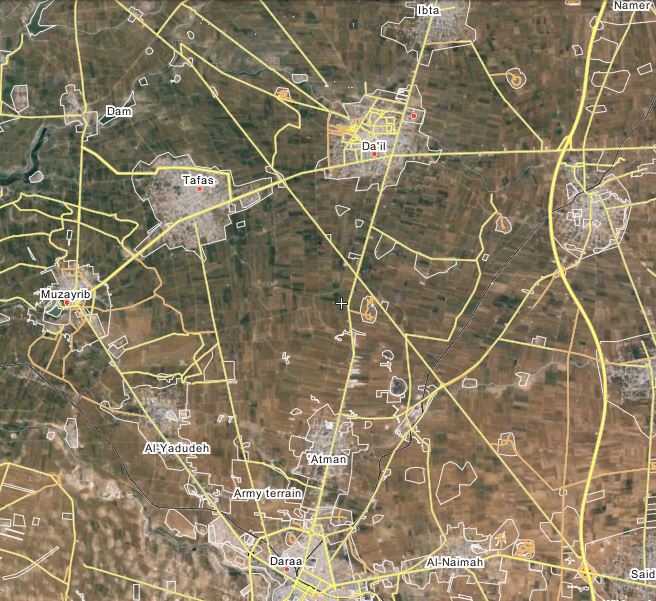 Local sources in the Dara’a Governorate are reporting the Syrian Arab Army’s capture of ‘Itman after a brief battle with the Islamist rebels of the Free Syrian Army (FSA) and Jabhat Al-Nusra (Syrian Al-Qaeda group).

Both pro and anti-government social media activists have reported the withdrawal of the Islamist rebels to the nearby town of Da’el, marking what would be the second major defeat for the latter in the Dara’a Governorate in only three weeks.